Who has won the most NASCAR Cup Series races?

More than 195 drivers have won a Cup Series race since NASCAR started in 1948, but who has won the most?

Fox Sports NASCAR analyst Jeff Gordon revealed on Thursday that he tested positive for COVID-19 last week about seven days after he received his first dose of the vaccine. 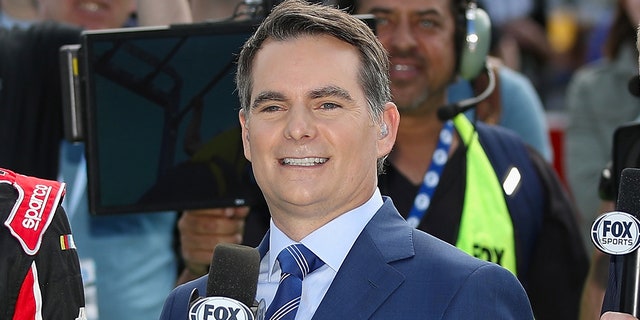 “I’ve been in quarantine, but the good news is it was smooth, and I had minimal symptoms and good to go for Martinsville this weekend,” Gordon told SiriusXM NASCAR Radio’s “On Track” show.

The NASCAR Cup Series was off last weekend for Easter so Gordon did not have to miss a broadcast.

Gordon said his wife and two children did not test positive and no one else on his Fox Sports broadcast team have reported getting sick.

RADICAL NEW NASCAR CARS TO DEBUT ON MAY 5

“I’m a big proponent of masks and vaccination and protecting ourselves. It’s unfortunate that this happened but fortunate at the same time that I’ve been able to get through it as smoothly as I can and be ready to go this weekend,” Gordon said.

Gordon will be back in the booth with Mike Joy and Clint Bowyer on Saturday night for the Blue Emu Maximum Pain Relief 500 from Martinsville Speedway, which will be broadcast on FS1 at 7:30 p.m.