Florida Republicans welcome Trump’s political activity in area: ‘He is our hometown president’ 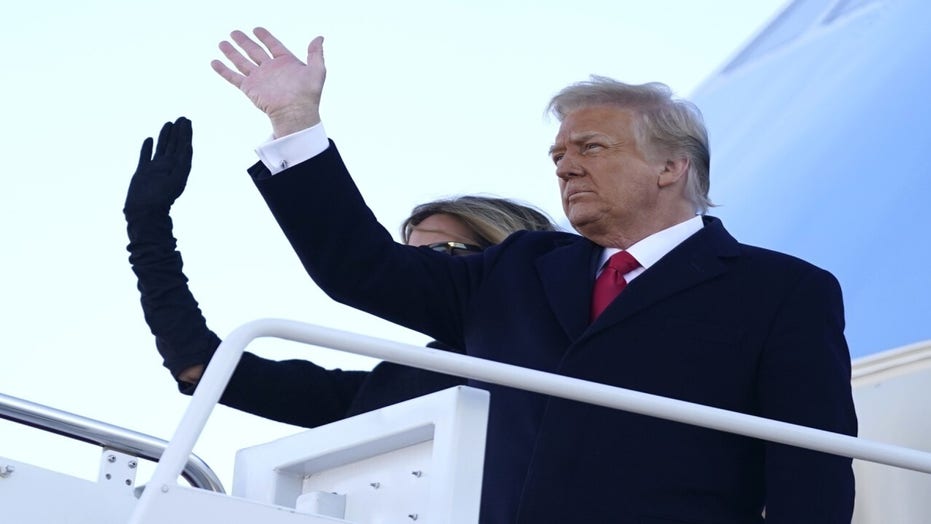 Florida Republicans are welcoming former President Trump — and his political activity — to the Sunshine State since leaving office, dubbing him their “hometown president.”

The president, who relocated to his Mar-a-Lago resort in Palm Beach, Fla., has already established an official post-presidency office to oversee his affairs, and has already met with House GOP Leader Kevin McCarthy—just 9 days after leaving the White House.

And Republicans in Florida are welcoming the activity, saying the party will be “fueled by Donald Trump moving forward.”

“When he wants to have an event, we would build an event around him,” Christian Ziegler, vice chairman of the Republican Party of Florida, told the Orlando Sentinel. “If he wants to make any visits around the state, we will facilitate. It is his party.”

He added: “He is our hometown president.”

Ziegler’s comment comes just after Trump met with McCarthy, R-Calif., at Mar-a-Lago, where the two agreed to work together on Republicans taking back the House in 2022.

“If he is available, I hope he comes down from the residence, says hi and speaks a little bit,” Barnett told The Sentinel.

McCarthy, who once said Trump “bears responsibility” for the deadly Jan. 6 Capitol riot, reunited with Trump in Florida for a “very good and cordial” meeting where McCarthy welcomed Trump’s support in promoting GOP House candidates in the next election, according to a readout from Trump’s team.

“President Trump has agreed to work with Leader McCarthy on helping the Republican Party to become a majority in the House,” according to a statement from Trump-aligned Save America PAC. “They worked very well together in the last election and picked up at least 15 seats when most predicted it would be the opposite. They will do so again, and the work has already started.”

McCarthy welcomed Trump’s commitment to help elect Republicans in the House and Senate.

“For the sake of our country, the radical Democrat agenda must be stopped,” McCarthy said in a statement.  “A united conservative movement will strengthen the bonds of our citizens and uphold the freedoms our country was founded on.”

An aide familiar with the meeting told Fox News that the meeting was important to move the GOP forward.

“They are catching up as McCarthy will be in the neighborhood,” the aide told Fox News. “They’ve been on good terms for a while, and that will be important for the party moving forward.”

The Palm Beach confab was arranged after Trump’s team heard the GOP leader was fundraising in Florida as part of his effort to replace Nancy Pelosi as House Speaker after the 2022 elections. Trump’s team invited McCarthy to Mar-a-lago and McCarthy rearranged his schedule to attend, Fox News learned.

Trump’s team alerted the media to the meeting, sources told Fox. Trump has been relatively quiet after the Jan. 6 Capitol riot, subsequent impeachment and losing his social media platform on Twitter.

McCarthy believes that everyone should be talking rather than going into their corners, and that includes talking with the Biden Administration as well, sources told Fox News.

Despite GOP losses in the Senate and the White House, Republicans defied expectations in the House by flipping 13 seats from blue to red and winning a 14th seat in Michigan that was held by outgoing Libertarian Justin Amash.

Republicans could potentially pick up a 15th seat in New York in a race between Republican Claudia Tenney and Democrat Anthony Brindisi that has yet to be decided. Democrats currently hold a narrow 221-211 advantage in the House with three vacancies, putting the GOP in a good position to pick up seats during the midterms, which traditionally have favored the party opposing the sitting president.

Trump’s impeachment trial is set to begin in the Senate the week of Feb. 8.

Meanwhile, a statement from Trump’s office said the Office of the Former President will be responsible for his “correspondence, public statements, appearances, and official activities.”

“The Office will also “advance the interests of the United States and … carry on the agenda of the Trump Administration through advocacy, organizing, and public activism.”

Speculation about Trump’s post-presidency has ranged from him possibly starting his media company to running for a second term in 2024.

Trump’s 2020 campaign senior adviser Jason Miller on Sunday ruled out the possibility of Trump running in future elections on a third-party ticket, saying that his immediate focus is to help Republicans win back the House and Senate in the 2022 midterms.