CNN’s leftwing media correspondent Brian Stelter once offered a staunch defense of his colleague Chris Cuomo, who has since been suspended over his involvement in aiding his embattled brother, ousted New York Gov. Andrew Cuomo.

“In a small way, your network is involved in this story because, of course, the governor’s brother Chris Cuomo has his show,” CBS host Stephen Colbert began the August exchange before pointing to the New York Times’ recent reporting about the CNN star advising the governor to resign. “How does that create any conflict over at CNN behind closed doors? Are people mad at him? Or is he in trouble?”

“Some people are mad at him,” Stelter admitted. “By the way, I can confirm the New York Times report… I also have a source that says Chris was on the phone with his brother this week-“

“He is not, he is not,” Stelter quickly responded. “You’ve gotta have boundaries. You’ve gotta draw lines.”

“Why? He doesn’t,” Colbert knocked the “Cuomo Prime Time” anchor.

“I think he does, actually,” Stelter pushed back. “I think Chris does, I don’t know about the governor.”

“What are the boundaries?” the CBS host pressed Cuomo’s colleague.

CNN’s media lackey then echoed the network stance from May calling Cuomo’s participation in the governor’s strategy sessions “inappropriate” and that it was a “management ruling” for the anchor to not cover his brother’s scandals.

“Well, then why didn’t they rule that way when his brother was on the show pretty much every night during the COVID crisis?” Colbert asked.

“It seems like an odd conflict of rules,” Colbert said.

“It is an odd conflict,” Stelter acknowledged, “but I don’t think- if we open up the journalism ethics book, there’s no page for this. The craziest set of circumstances that you can imagine, right? A governor and a brother, both in these high-profile jobs. This is definitely awkward for CNN, though.” 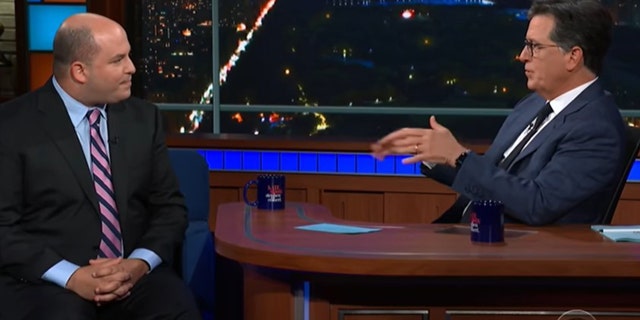 Chris Cuomo spent much of the year dodging the negative headlines about his brother – whether they’re about the sexual misconduct allegations, the nursing home scandal or the controversy over his COVID leadership memoir- and his ratings have plummeted in the process.

The “Cuomo Prime Time” host himself was repeatedly swept up in the governor’s scandals from joining strategy sessions with his brother’s team to combat his accusers to benefiting from prioritized COVID testing in the early months of the pandemic. He was forced to address his brother’s scandals and his own involvement multiple times on-air.

In fact, Stelter suggested Cuomo’s public scolding by CNN in May calling his communications with the governor’s team “inappropriate” was enough of a reprimand.

“Telling a well-off host to hang out by the pool for a couple of weeks is not a real punishment,” Stelter told viewers in August as Cuomo began his “long-planned vacation” at the time. “Scolding a host in public, saying what they did was ‘inappropriate,’ that is an actual punishment.” 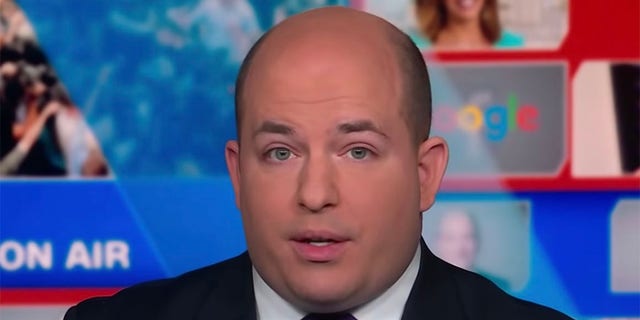 However, it wasn’t until the New York Attorney General’s office released troves of documents from its investigation to the now-ex governor that put the CNN anchor’s career in enough jeopardy for the network to take action.

Transcripts from Cuomo’s interview with investigators show him admitting he would reach out to media sources to find out about new accusers who have yet to come forward publicly.

“When asked, I would reach out to sources, other journalists, to see if they had heard of anybody else coming out,” Cuomo told investigators.

Cuomo’s admission contradicts what he told CNN viewers in August when he claimed, “I never made calls to the press about my brother’s situation.”

Stelter conceded in his report Monday that the new revelations “cast some doubt” in Cuomo’s prior statements, but he went on to offer a bizarre defense of the anchor on Twitter as he was criticized for not addressing the controversy on his show.

“For what it’s worth, when Chris Cuomo addressed his actions on the air back in August, he said ‘this will be my final word on it,’ and he hasn’t addressed the matter on TV since,” Stelter tweeted, which was later panned by critics. 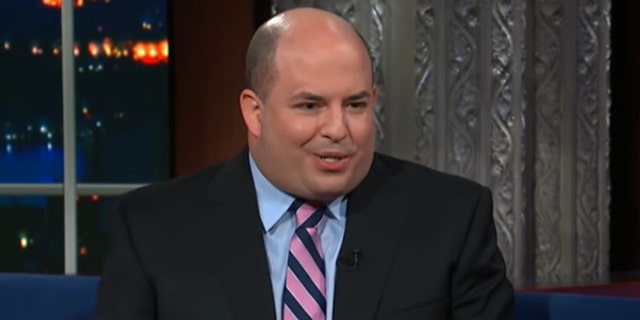 Stelter, who is often described as the media’s “hall monitor” for being an unabashed defender of his liberal peers in the industry, has largely refrained from addressing the journalistic ethics that were blatantly violated by the CNN anchor.

Instead, the poorly-watched “Reliable Sources” host repeatedly fell back in the complexities of a news anchor having a brother being the top Democrat governor in the country.

“‘This has been a conundrum for CNN that has no perfect answer, no perfect solution.’ I think those words remain true today…” Stelter wrote in his newsletter Monday, quoting remarks he made in August.

On Wednesday, Stelter floated the idea that “it’s possible” Cuomo will be back on the air as soon as January.

A spokesperson for CNN later told Fox News, “Anything is possible but it’s all speculative until the review is complete.”

Fox News reached out to Stelter and asked if he still believes Chris Cuomo abided by journalistic “boundaries” as he previously claimed. Stelter did not immediately respond.