Home » World News » Facing the threats of the virus economy, fintechs are going for broke

Facing the threats of the virus economy, fintechs are going for broke

As markets around the world plummeted this week, Australian neobank Xinja secured $433 million in funding, defying the new economic reality that's threatening to disrupt the financial markets’ own disrupters.

“I guess in some ways we're in a rather fortunate position … we are very well capitalised,” said Xinja founder and chief executive Eric Wilson after the big deal with Emirates’ World Investments this week.

And in an environment where the coronavirus is upending the financial landscape and putting hundreds of thousands out of work, Xinja has yet another advantage over the banks and other fintechs: It will have no bad debt as it has yet to lend so much as a dollar of the funds it has amassed. 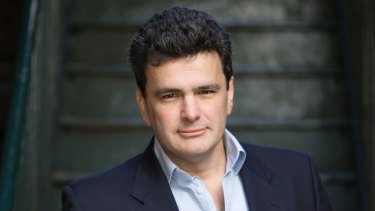 It is costing the privately-owned company millions in interest, given the firm has hundreds of millions of dollars worth of deposits sitting dormant in its accounts. But, as Wilson pointed out, that is no longer an issue in a virally impacted landscape.

“We don't have loan books that we have to be concerned about going bad at this stage, obviously, because we haven't started lending. So in some ways we're in quite a fortunate position and just by blind luck rather than that particular cleverness from the chief executive,” he said.

But even Xinja must face up to the existential threat facing the fintech sector, including ASX-listed high flyers such as Afterpay, Zip Co and Prospa.

“And if we can't deliver on that, then, you know, we won't survive and neither should we, because that's the whole premise of a neobank to be fast and nimble, low cost and low margin.”

The ASX-listed fintechs have no doubt about just how much the market has discounted their chances of survival since the abrupt change in reality this month.

In just over a month, Afterpay went from a record high market valuation of $11 billion to a multi-year low of $2.3 billion on Tuesday. Its shares then staged a massive rebound going from a low of $8 on Tuesday to as high as $23.88 on Friday.

Prospa's share price hit a low of 40c, which means investors who bought shares worth $1000 in the public float in May last year could have sold those same shares for just over $100 this week.

Pricing on the way up was probably a bit silly … but people are pricing these businesses [now] not to survive.

According to Grant Halverson, a bank consultant and venture capital veteran from McLean Roche, it reflects the risks the sector faces as spending falls off a cliff, bad debts zoom into territory never contemplated – and questions are raised about funding for these businesses, which invariably run at a loss.

“The big risk for all these guys is bad debts. Fintechs have no experience or understanding of how this will work in a downturn, let alone a recession,” Halverson says.

He expects the coronavirus will lead to a cleanout of the sector, and he’s not the only one.

“I can’t see all of these neobanks and fintechs surviving this,” says Craig Blair, partner at venture capital firm Airtree.

Blair says companies in the sector need to have a really strong brand, memorable user experience, they also need to fundamentally improve the financial outcome for customers and solve the regulatory challenges.

He warns many fintechs and neobanks just address one or two of these “fundamentals” and that will be a problem as funding inevitably dries up this year.

“The trouble is that they can all take a lot of capital, and a lot of that has come from non-traditional venture capital or private equity sources,” he says.

“In this downturn, the non-traditional venture capital like family offices, high net worth individuals and hedge funds will retreat back to their core business.”

“I can’t see all of these neobanks and fintechs surviving this.”

Questions of funding are not just an issue for the privately-owned neobanks.

Afterpay, Prospa, Flexigroup and Zip Co are just some of the listed fintechs that have also been forced to assure investors they have enough money to fund their businesses through this crisis.

But the bigger worry is how they will survive the credit cycle hitting its lowest ebb in living memory with a huge swathe of their customers being thrown out of work.

Top of the doomsday list for most investors is the most polarising and high-profile fintech: Afterpay.

“The market’s worried about bad debt across the spectrum and that’s obviously Afterpay, [which] has been whacked by a combination of the risk of bad debts and the slowdown of consumers if a million people plus are thrown out of work,” says Bell Potter principal Hugh Robertson.

An Australian Securities and Investments Commission (ASIC) report in 2018 said about 44 per cent of buy now, pay later (BNPL) customers earned less than $40,000 a year and there were already indications of a real risk that such commitments could contribute to financial over-commitment by consumers.

A submission to ASIC at that time from the Personal Insolvency Professionals Association (PIPA) identified the BNPL sector as a growing problem for insolvency professionals.

"When debtors apply for assistance, the buy now, pay later credit is often the most recent debt, obtained at a time when the debtor was already struggling with other loans, indicating that the debtor was an insolvent borrower," the association told ASIC.

Morgan Stanley issued a report this week saying Afterpay is priced for a drop of more than 40 per cent in revenue, plus loan losses doubling in the 2021-2022 financial year. The investment bank said this implies a net loss of $410 million across that financial year.

"Our prior analysis of credit cards shows that US losses could more than double in a recession, while Australia's could rise 50 per cent. We think Afterpay's loan losses doubling in a recession is plausible," the report said. The good news is that no one is suggesting Afterpay won't survive this carnage. 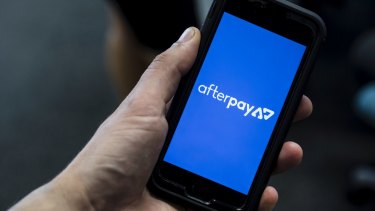 Afterpay's chief executive Anthony Eisen has sent a letter to shareholders this week claiming the pandemic has not had a material impact on the company's business activities to date.

"We are fortunate to have a business model, balance sheet and customer base that creates a level of protection in times of economic uncertainty," he said.

And the company received some crucial support when US hedge fund Lone Pine Capital, founded by billionaire Stephen Mandel, acquired a substantial stake. Lone Pine's other investments include PayPal, Microsoft Amazon and Facebook.

He is a particular fan of Afterpay due to the algorithms the company uses to assess the credit risk, the incredibly short credit cycle where users' loans are closed within weeks, and the small amount at risk on each transaction.

"The risk is that there is a dramatic slowdown and you’d expect bad debts to rise, but the balance sheet does look pretty comfortable. Jesus, if we genuinely think there is going to be a 40 per cent default, is that going to flow through to the banking sector?" he asks.

But Halverson says a big problem he sees is that many buy now, pay later providers like Afterpay already have loan losses way in excess of what it should be, a point that UBS highlighted in its damning report on Afterpay last year. While not directly comparable, he says American Express has $58 billion in sales in Australia – roughly ten times Afterpay’s sales – but the US giant generates half the actual dollars of bad debts as Afterpay.

Afterpay is not the only company feeling the pressure. A lot of risk is being priced into the Prospa share price since its listing in May last year, when it banked on the promise of quick service and a market which had been deserted by the big banks in the wake of the royal commission.

All that has changed. As with Afterpay, the massive downturn raises all the worries investors had about whether Prospa's high-tech algorithms would work in an actual downturn. And the big banks are returning with a vengeance.

Even before the pandemic brought swathes of the economy to a halt, banks had been eyeing the high-margin business of lending to small and medium companies. With housing loan growth in the doldrums, small business credit was seen as an opportunity for loan growth, and an area where banks risked being out-manoeuvred by fintech firms, who have been able to approve credit quickly.

Last week, the rescue package put together by the federal government, regulators and banks was aimed at giving the country's banks a critical role cushioning Australia's economy from a severe shock caused by the virus.

The RBA said it would give banks up to $90 billion in funding at an interest rate of just 0.25 per cent, provided they boost lending to small and medium sized firms. 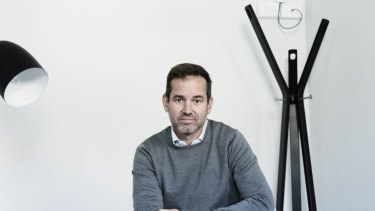 AirTree Ventures co-founder Craig Blair expects the coronavirus will lead to a cleanout of the fintech sector.Credit:Nic Walker

The federal government will also provide $20 billion in loan guarantees for credit to businesses. In response, banks say they are willing to give small businesses cut-price unsecured credit to allow them to stay afloat during the economic shutdown.

CBA, the country's biggest lender, this week said its SME loans of up to $250,000 would have interest rates 5 percentage points lower than normal – which chief executive Matt Comyn said would be about 4 to 5 per cent.

Prospa and Flexigroup say they will benefit from this too. And Prospa rival Judo is still finding support in this now-crowded sector.

The small business bank challenger recently secured a new $350 million line of credit from Citi, but said this will get harder.

Co-founder and chief executive Joseph Healy says Judo, which opened its doors in 2018, is “well placed” to survive the coronavirus pandemic with its bankers sitting down with each of their customers.

Healy says history shows that in a crisis, funding lines to non-bank lenders started to dry up. “So there's a long history of this,” he says. Liquidity for fintechs could become “quite problematic”.

“I think this environment, [which] clearly is one that is likely to be with us for quite a number of months, may well represent quite a challenge for non-bank lenders" for small and medium-sized companies, he says.

It means the only certainty over the coming months is that the CEOs will be having many sleepless nights dealing with the mother of all uncertainties, says Bell Potter's Robinson.

"This is when being the managing director of a public company is truly the loneliest job in the world," he says. "What do you say? If you say I don’t know, which is really the truth, people think you’re an idiot. But we don’t know.”

Airtree’s Blair says there are “glimmers of hope” for the sector, though.

“The way we look at it, we make canny bets on structural shifts in sectors and there is no question financial services will be deregulated in the future,” he says.

“If you look ahead, the next Canva of the fintech world is probably sitting in a co-working space right now.”

Or working from home in the current climate.