Accounts disclosed with the Australian Securities and Investments Commission show Facebook, which is owned by Meta, generated pre-tax profits of $61.1 million, up from $37.9 million a year earlier. Total advertising revenue grew to $1.1 billion from $712.7 million, but the accounts show most of this money was sent offshore.

Facebook did not break out how much it was paying under newly struck multi-year commercial deals with media companies such as Nine Entertainment Co (owner of this masthead), News Corp Australia, publisher of The Australian, The Daily Telegraph and The Herald Sun, and Seven West Media. It is unclear whether these deals were completed with an international subsidiary or the local arm of the company. Meta has been contacted for comment. 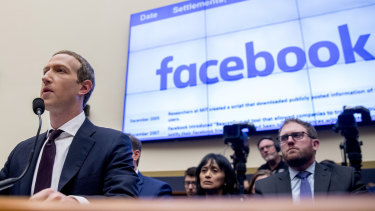 Companies pay taxes on profits, not revenue. However, tech companies have been criticised for funnelling money generated in Australia through offshore subsidiaries to reduce their local profits and minimise their tax bills.

Facebook’s accounts show it paid $949 million to an offshore subsidiary for the “resale of advertising inventory”, which left with net revenue of $194.2 million, compared to $155.3 million the previous year. Its tax bill was $24 million, up from $20.9 million a year earlier, leaving it with a net profit after tax of $37 million, up from $17.7 million.

The results came in a year when Facebook temporarily removed news from its platform in protest of news media bargaining laws, which would have forced it into commercial negotiations with media companies or risk fines of up to 10 per cent of revenue.

News content was reinstated on the website following high-level talks between founder Mark Zuckerberg and former treasurer Josh Frydenberg that gave the company a loophole – that the new laws don’t actually apply to either Google or Facebook because they are not “designated”. Deals were then struck with a number of large local media companies including the ABC and Guardian Australia.

Facebook’s parent company Meta is under renewed pressure for “deliberately putting lives at risk” in Australia after whistleblowers alleged the platform intentionally took down emergency services, health and suicide prevention pages as a way to negotiate with government. Meanwhile, former competition tsar Rod Sims – who oversaw the Australian Competition and Consumer Commission as it created the news media bargaining framework – this week said the company fell short of its requirements to avoid designation because it did not do deals with SBS and The Conversation. His comments were released in a report that will be given to international regulators considering a crackdown on the tech giants.