The billionaire Facebook chief says his team is working urgently to remove dangerous and deadly "fake news" posts about 5G. 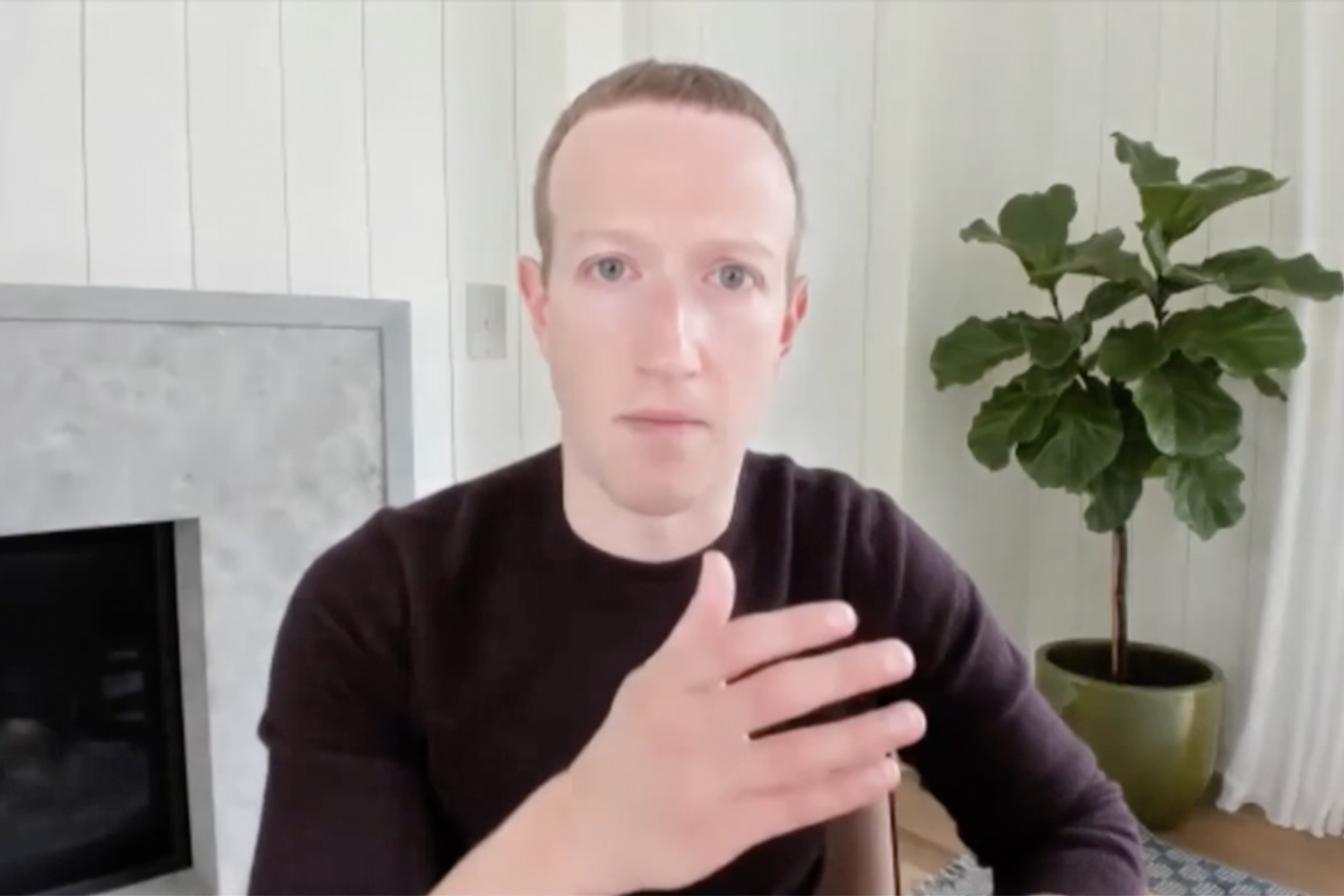 It comes as dozens of 5G phone masts across the UK have been attacked by arsonists in response to conspiracy theories.

Facebook is just one of many social media sites where false 5G claims are spreading – including a popular hoax theory that links the next-gen mobile internet to the spread of coronavirus.

According to Zuckerberg, hundreds of thousands of misleading posts have already been taken down.

"Things like saying that something is a proven cure for the virus when in fact it isn’t, we will take that down," Zuckerberg told the BBC. 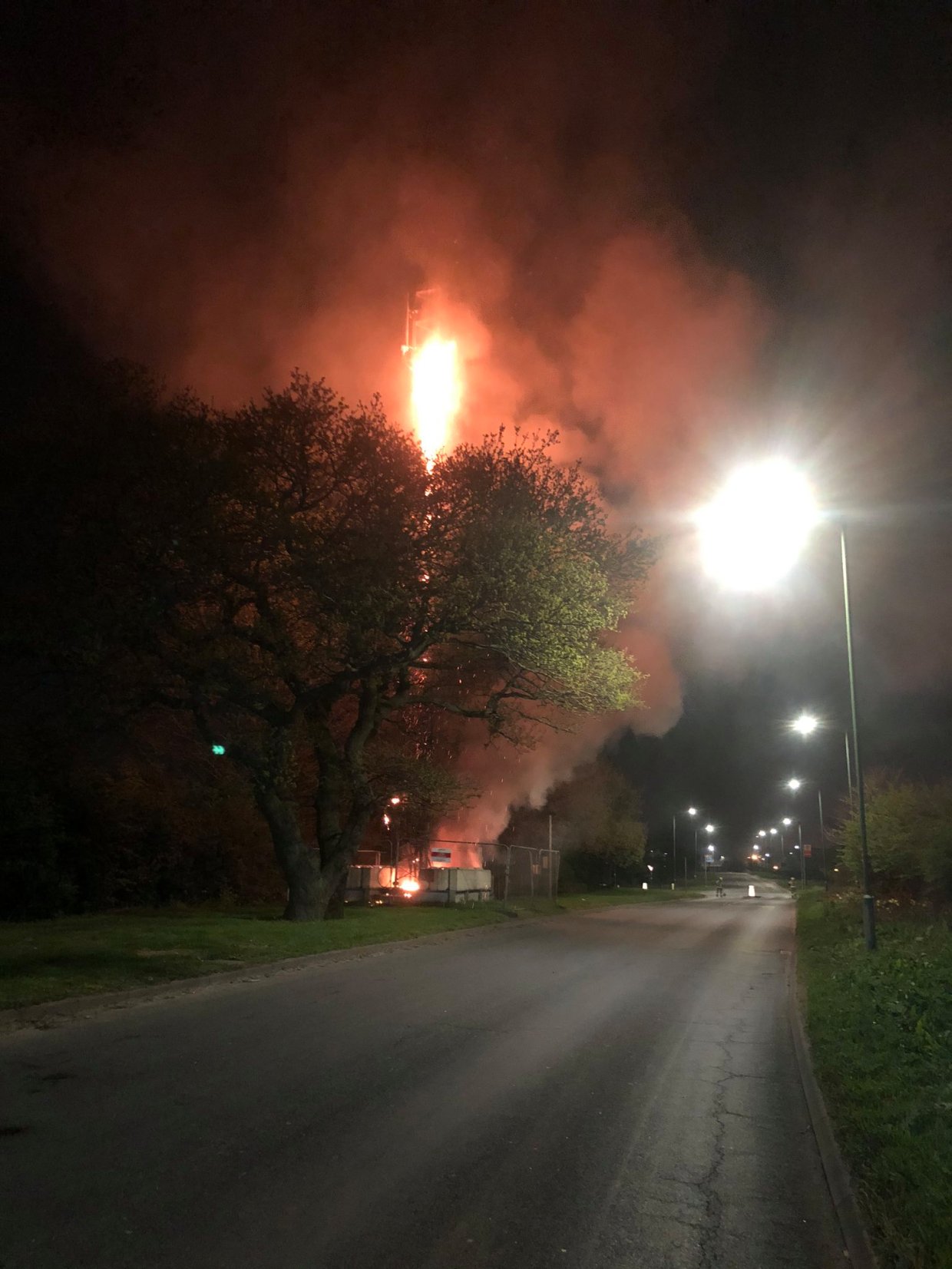 "Another example which I know has been very prevalent in the UK has been 5G misinformation, which has led to some physical damage of 5G infrastructure.

"So we believe that that is leading to imminent risk of physical harm. We take down that content."

Zuckerberg's comments echo those of UK phone networks, who have made similar warnings. 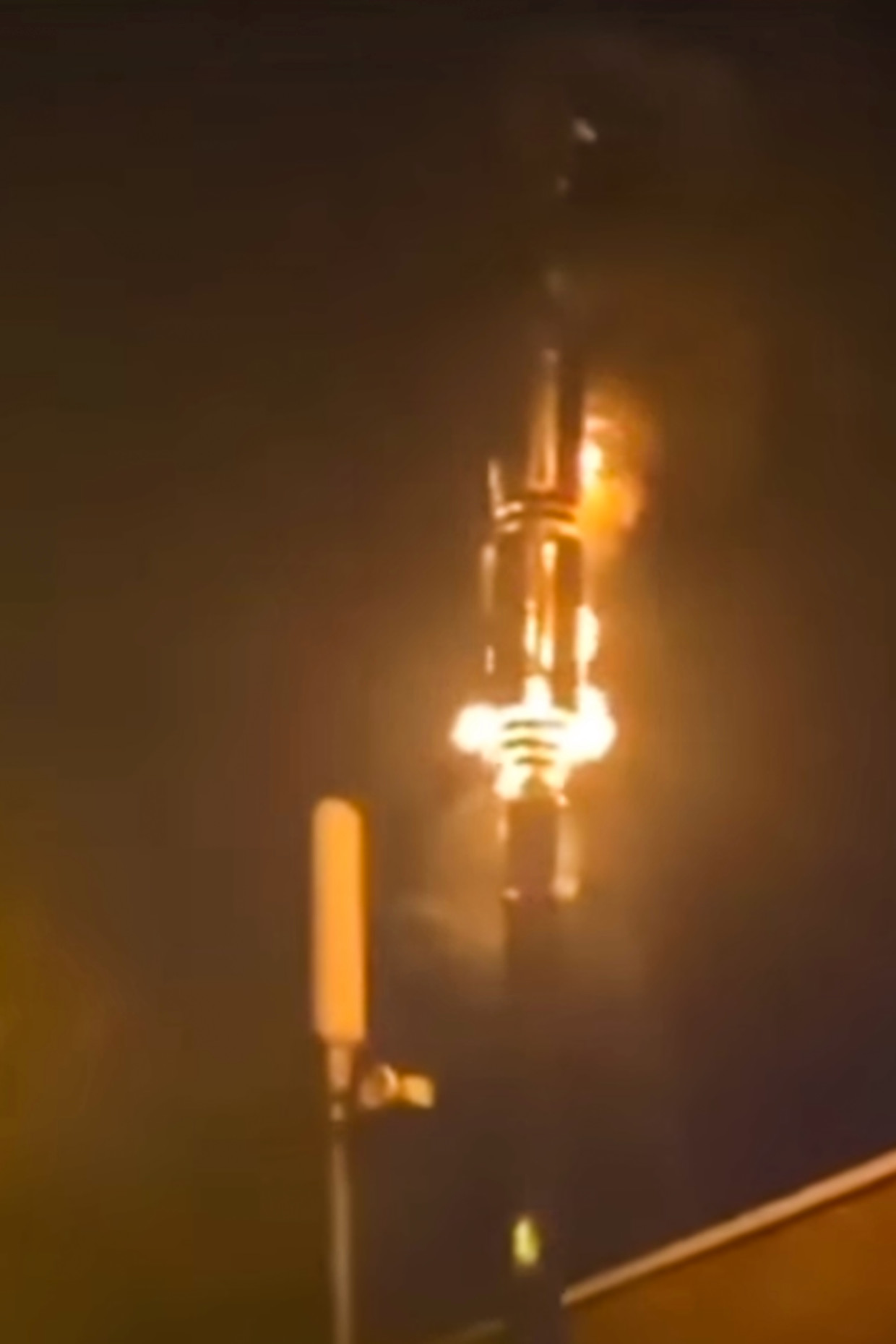 "Mindless attacks on key workers and deliberately removing mobile signal is a reckless, harmful and dangerous thing to do," an EE spokesperson said, speaking to The Sun.

"And aside from the obvious risk to our colleagues could have serious consequences, from preventing a call reaching the ambulance service, to stopping families being able to talk to each other.

"These senseless crimes are creating unnecessary risk to human life, both to those that live in the areas being targeted and to the emergency services working to contain the situation." 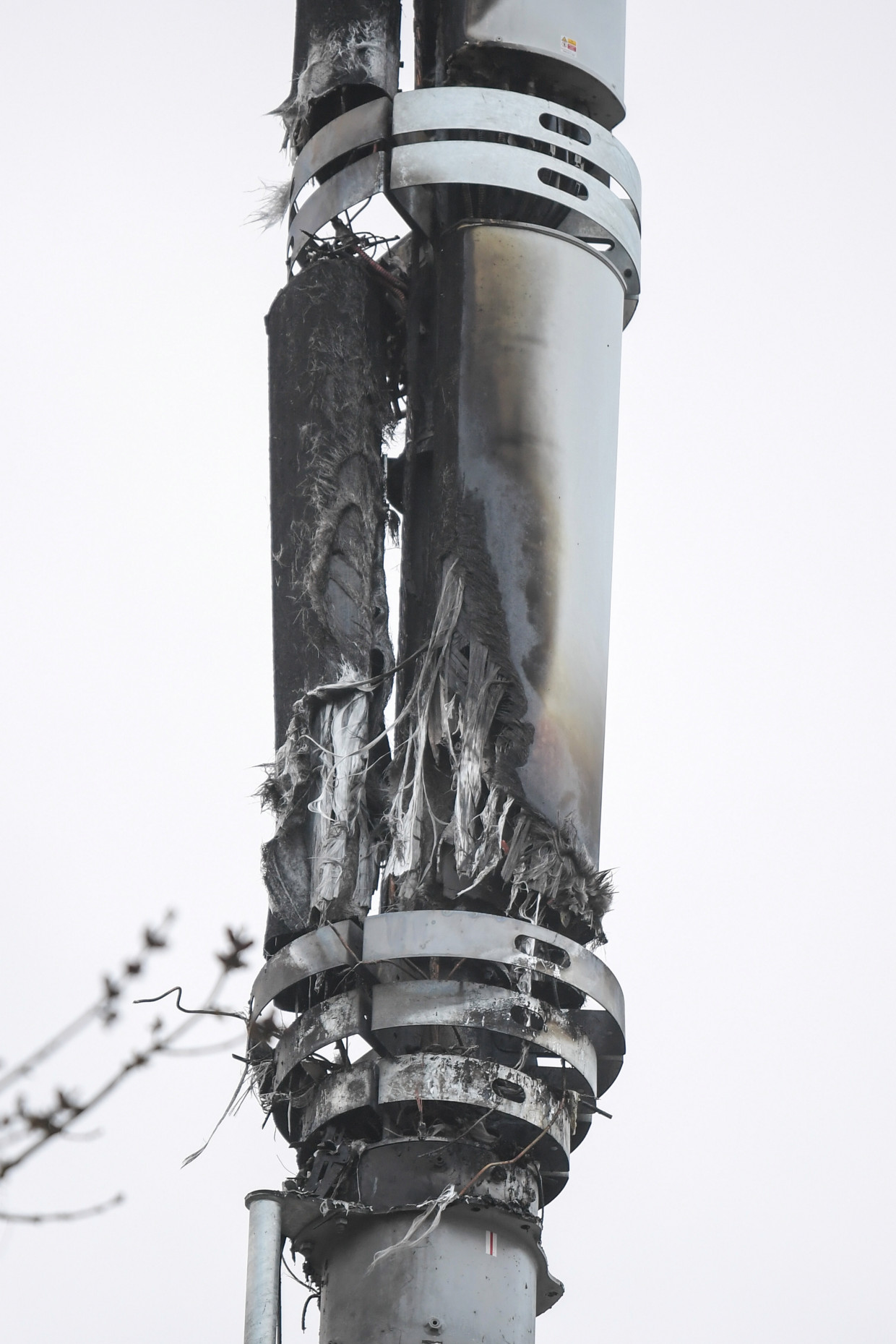 It means vital phone signals are being disrupted at a time when connectivity is more important than ever.

Dozens of masts up and down the UK have been damaged by gullible criminals – including at least 23 EE sites.

Researchers recently warned that politicians, celebrities and influencers had all been caught up in spreading fake coronavirus claims online. 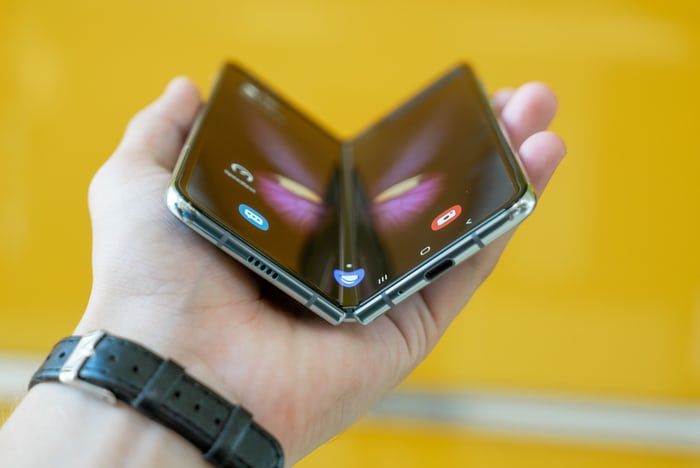 A number of celebs have been caught up in fake coronavirus news scandals recently.

Brazilian president Jair Bolsonaro has also repeatedly dismissed the seriousness of the coronavirus crisis, despite overwhelming scientific evidence to the contrary.

Zombieland star Woody Harrelson has been warning his Instagram followers about the effects of 5G and shared a video labelled “Meanwhile the Chinese are bringing 5g antennas down”. 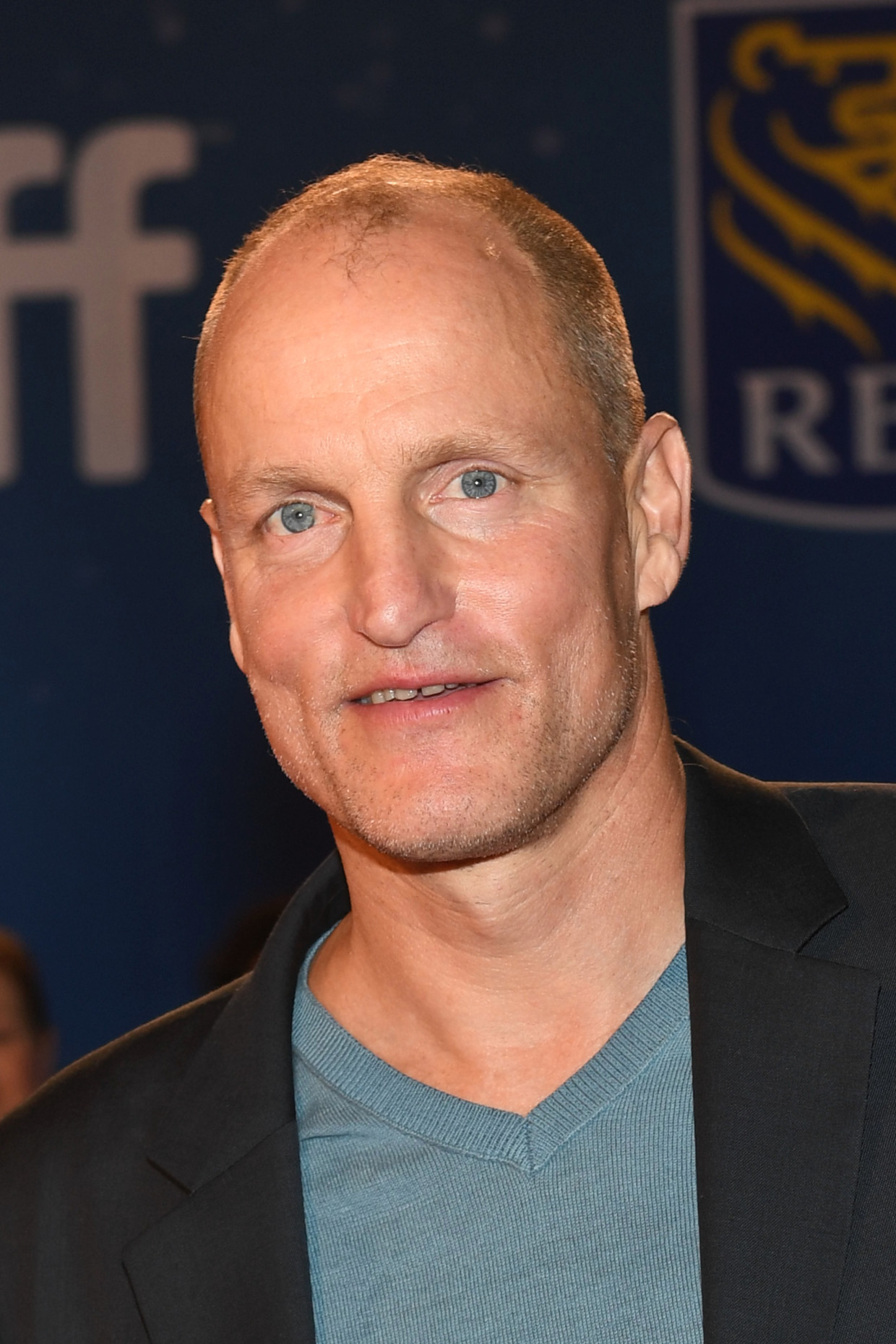 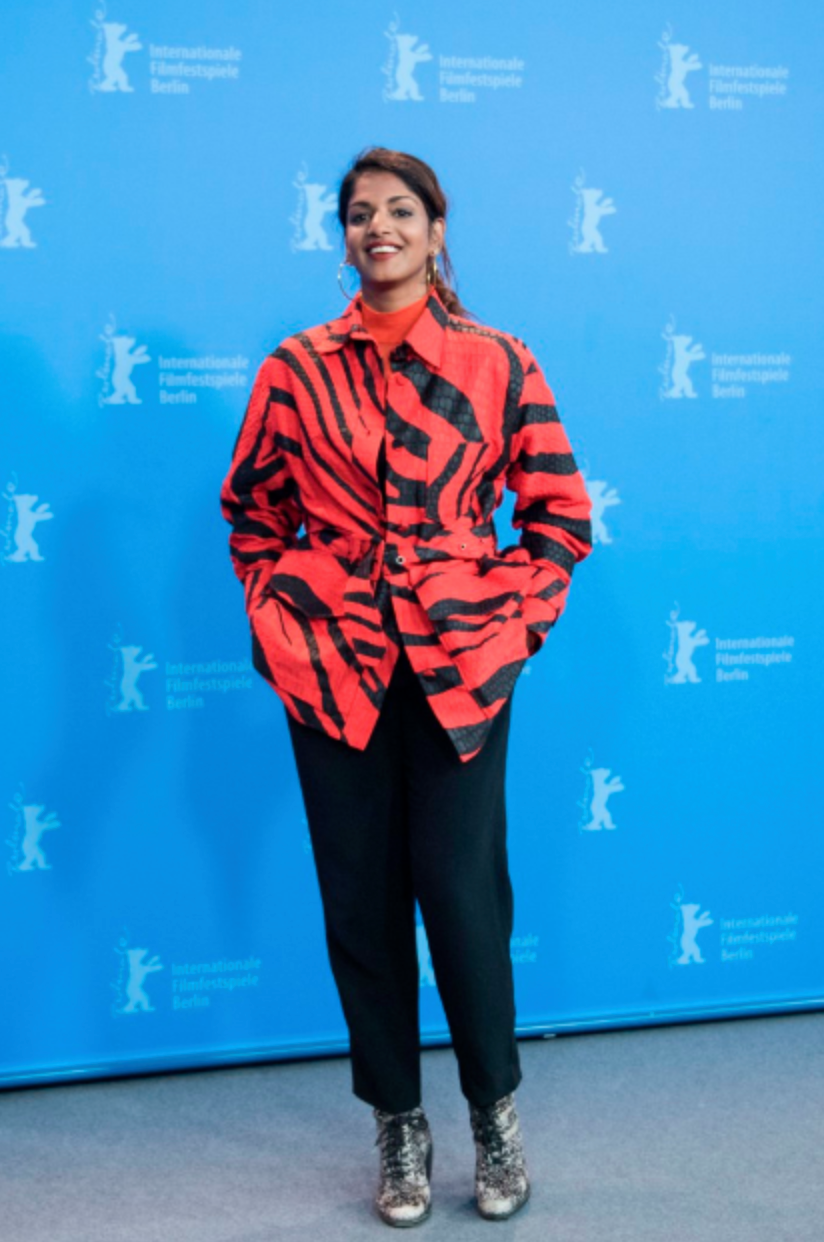 His followers were quick to point out that the footage was from an old documentary filmed during protests in Hong Kong and that people were actually pulling down facial recognition cameras.

Others slammed him for his irresponsible message: “Nooooooo Woody, not you! Spreading things like this is dangerous,” said follower lise.km.

Singer MIA posted a series of tweets urged the Government to "turn off" 5G until after the pandemic.

And the star linked coronavirus symptoms to 5G towers.

Celebs have been slammed for sharing the conspiracy theory, including Brits Jason Gardiner and Callum Best, who posted similar claims that 5G can impact the immune system.

Boxer Amir Khan also released a series of bizarre videos where he blames the coronavirus on the building of “5G towers”. 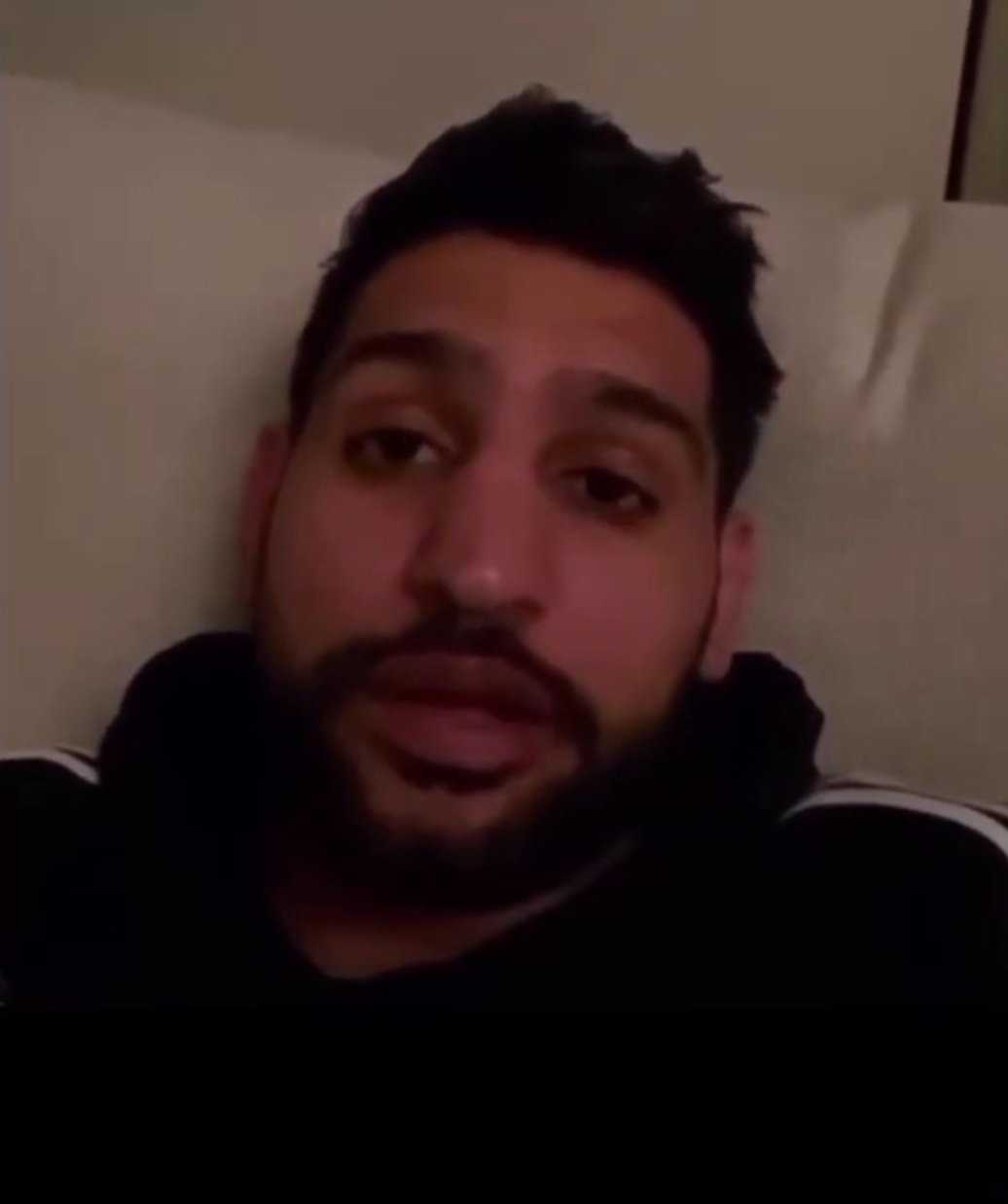 In the clips, Khan admits to “watching a lot of videos and stuff” and says that the new tech could “make things bad”.

Recently, Khan offered the NHS the use of his four-storey wedding venue to help treat patients during the pandemic.

But publicists for the Britain's Got Talent star later said that it was an accident – and that she doesn't believe in 5G conspiracies.

And Eamonn Holmes was forced to "clear up" his comments on 5G conspiracy theoriesafter This Morning received 419 Ofcom complains.

The 60-year-old host has now insisted he doesn't believe the theory that 5G has caused coronavirus is valid, and was simply "looking for answers".

Crackpot arsonists have torched a number of 5G phone masts in the UK in response to online conspiracy theories.

The first fire took place in Birmingham, but several attacks on 5G towers quickly followed up and down the country.

The theory originated last month after a video filmed at a US health conference claimed Africa was not as affected by the disease because it is "not a 5G region". 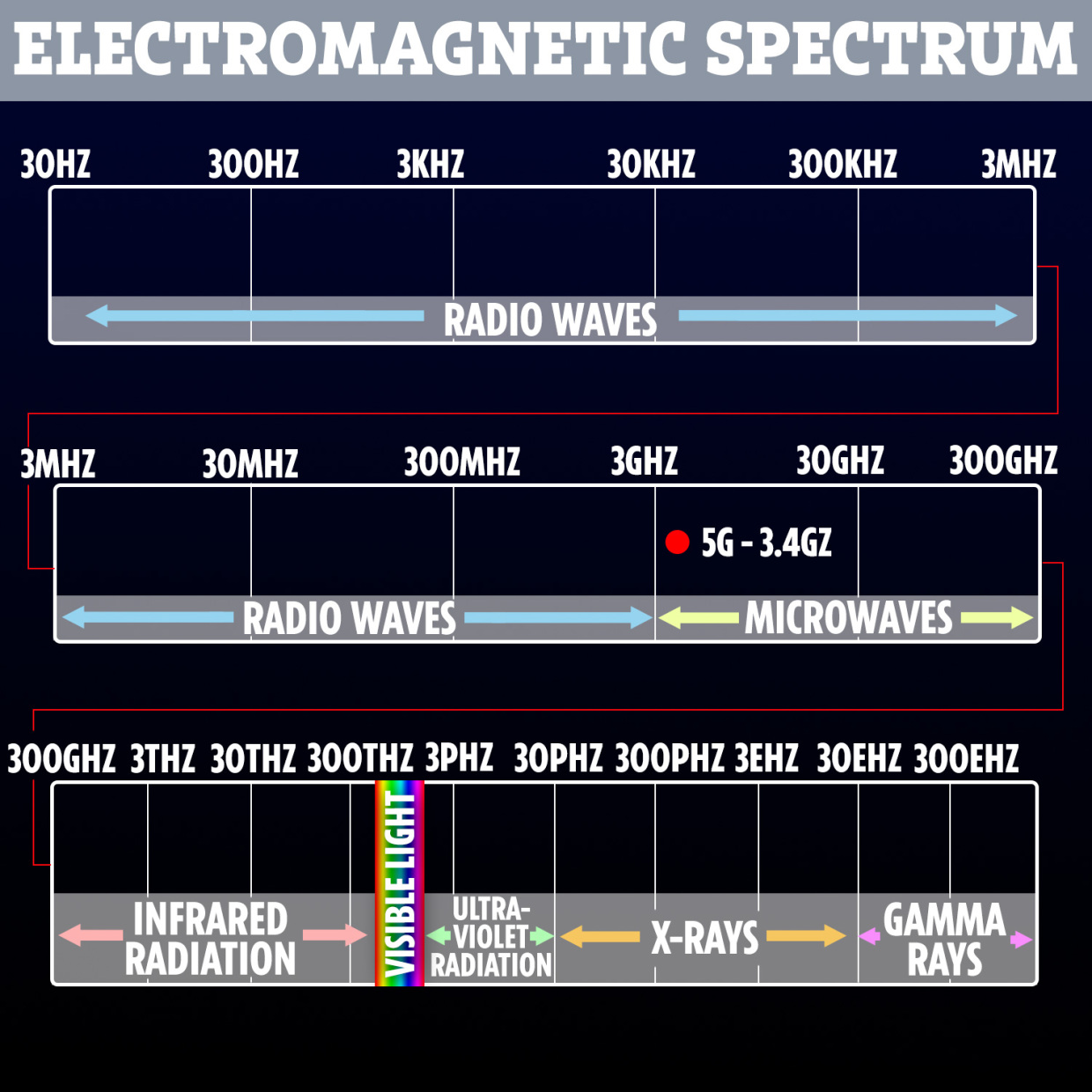 The theory was debunked further when the World Health Organisation confirmed there were thousands of Covid-19 cases in Africa.

"Arsonists, please think about what you are doing and stop. Imagine if it were your mum or dad, your gran or grandad in hospital," said Vodafone's Nick Jeffery.

"Imagine not being able to see or hear them one last time. All because you’ve swallowed a dangerous lie."

"There is absolutely no link between 5G and coronavirus. There is no science based evidence 5G is harmful to human health."

A spokesperson from the UK's Department for Digital, Culture, Media and Sport said: "We have received several reports of criminal damage to phone masts and abuse of telecoms engineers apparently inspired by crackpot conspiracy theories circulating online.

"Those responsible for criminal acts will face the full force of the law.

"We must also see social media companies acting responsibly and taking much swifter action to stop nonsense spreading on their platforms, which encourages such acts." 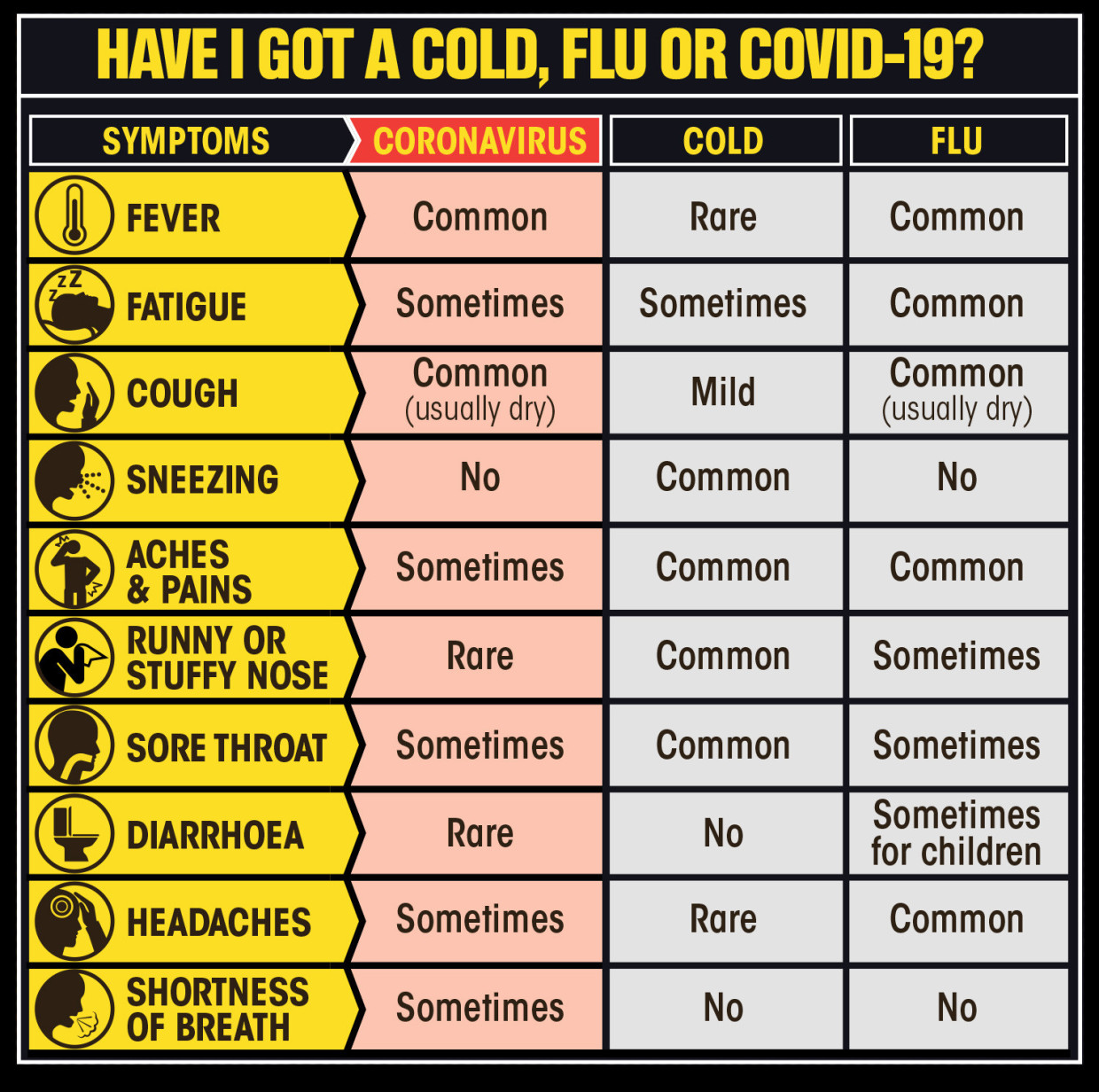 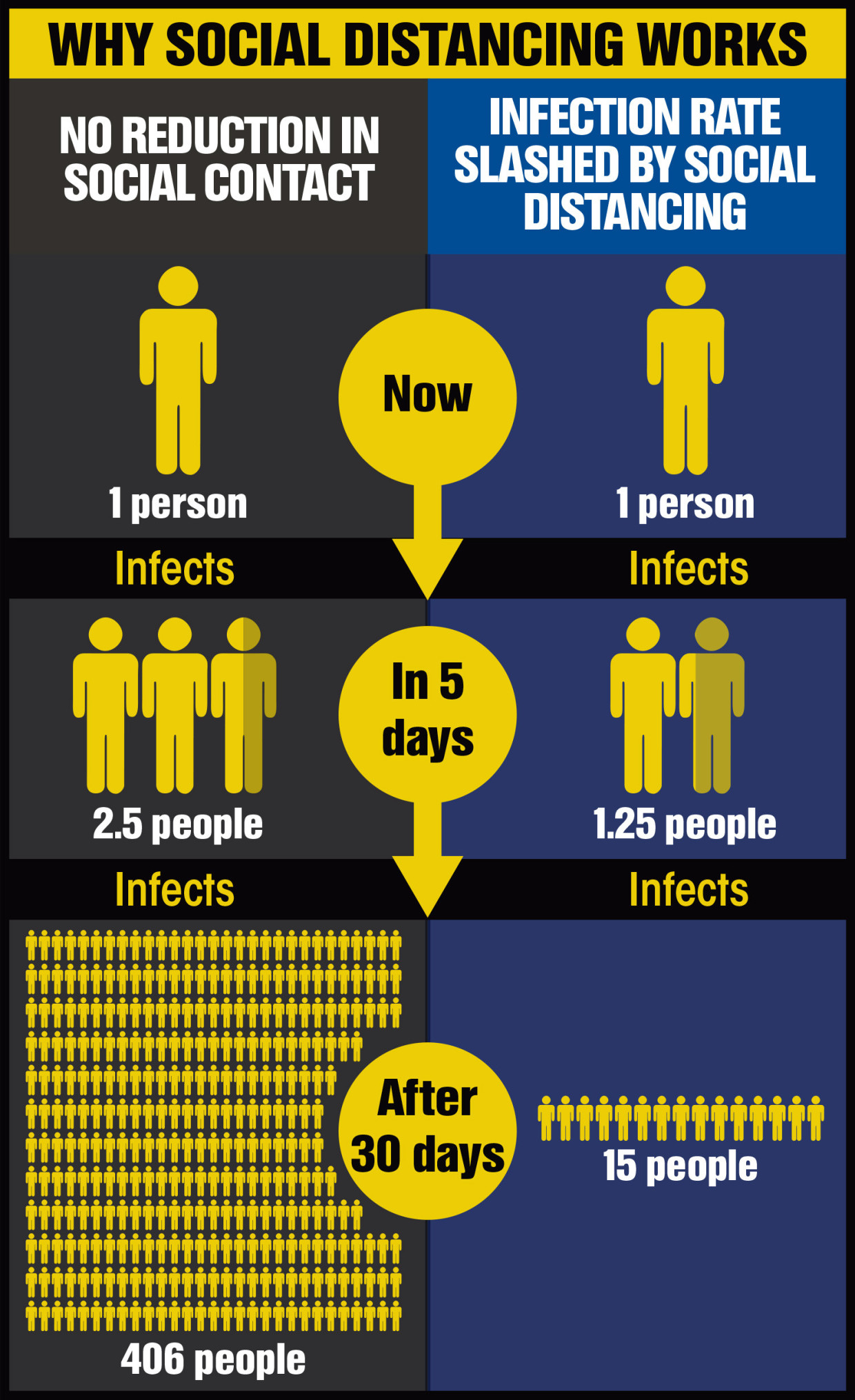 EE told The Sun that it's increasing security at high-risk sites.

The network's guard patrols are being supplied with body cameras, and have been instructed to alert local police regarding any suspicious activity.

“Abuse towards our staff is completely unacceptable and will not be tolerated," EE added.

"We’re introducing measures to try to ensure our engineers can continue their critical work, at a time when people need more than ever to stay connected to each other.

In other news, find out why 5G really is safe.

These 5G maps reveal if the super-fast internet is in your area.

And we share the truth about 5G frequency, radiation and microwaves.