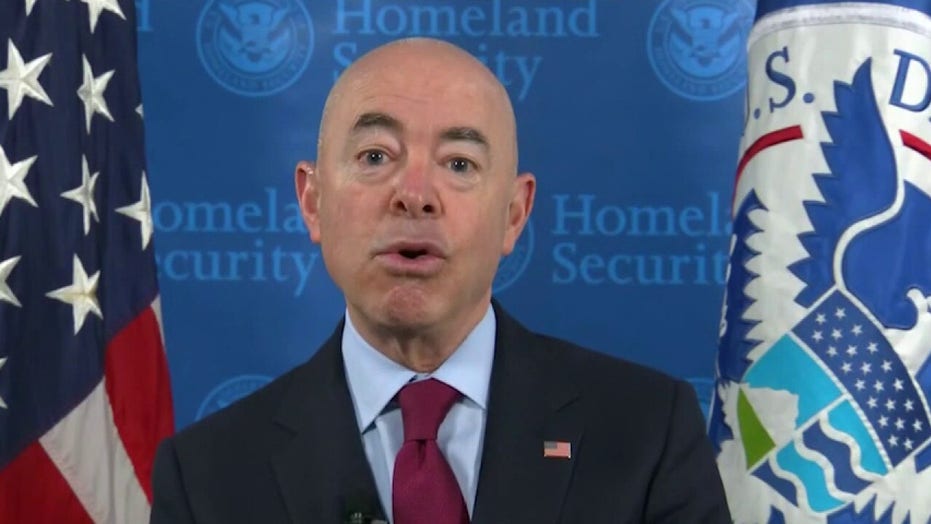 Biden admin declares border closed as migrants released into US

Brian Harrison, former chief of staff of the Health and Human Services Department (HHS) during the Trump administration, filed a lawsuit on Monday against the Biden administration for their open border policies.

Part of the Title 42 Order was essentially suspended on Feb. 11, when illegal immigrant minors under the age of 18 were allowed into the U.S., Harrison, who is also running for a congressional seat in Texas, noted.

The plaintiffs allege that this is at odds with other COVID-related travel restrictions and are arguing that illegal alien minors should continue to be expelled.

DEMOCRAT BORDER MAYOR SLAMS BIDEN FOR IMMIGRANT CRISIS: ‘WHOSE SIDE ARE YOU ON?”

“The Biden Administration’s reckless and illegal pursuit of open border policies has created a public health and humanitarian crisis,” Harrison said in a statement. “Today I am standing up for Texas and America by suing to force them to obey the law and secure the border.”

Spokespeople for the CDC, the DHS, and HHS, which are the departments named in the suit, did not return Fox News’ request for comment.

According to data from U.S. Customs and Border Protection, the total number of Title 42 expulsions and apprehensions was 381,946 between October and March.

Trump’s HHS came under fire for policies that separated families at the U.S. border.

Meanwhile, the nation is focusing on the country’s southern border as authorities and housing facilities are overwhelmed by an influx of migrants.

More than 15,000 migrant children are in U.S. custody between border patrol and HHS, as reported by ABC.

The number of migrants attempting to cross the border is at the highest level since March 2019, with warnings it could hit a 20-year peak for the year.

As previously reported by Fox News, Harrison announced his candidacy to secure an open Texas House seat at the beginning of the month.

The primary is scheduled for May 1.