Abu Dhabi's Etihad Airways has warned pilots of immediate compulsory layoffs this week as demand for air travel fails to recover as quickly as expected from the coronavirus crisis.

The warning in a letter to pilots, seen by Reuters, comes a day after the state airline said it was pushing on with plans to shrink to a mid-sized carrier. 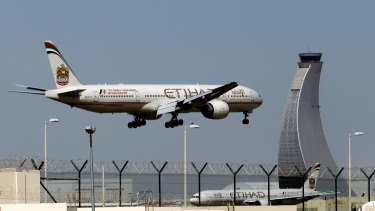 Pilots were told in the email that “a variety of other options” tried by the airline were not enough to keep the business strong and that its current workforce was “simply too large.”Credit:AP

"The hard reality is that, despite all hopes, our industry is simply not recovering quick enough and we will continue to be a much smaller airline for some time," pilots were told in an email..

"Based on all these factors, it has become clear that we have no choice but to further reduce our workforce."

An Etihad spokeswoman did not immediately respond to an emailed request for comment.

Etihad employed nearly 2000 pilots as of February, according to its website. Sources have said hundreds of staff, including some pilots, had been laid off before the latest cuts.

Pilots were told in the email that "a variety of other options" tried by the airline were not enough to keep the business strong and that its current workforce was "simply too large."

Affected pilots would be notified within 24 hours, it said, without saying how many would lose their jobs.

The group representing most of the world’s airlines, the International Air Transport Association, has consistently said that air traffic had failed to recover as quickly as expected.

A new wave of infections and lockdowns across Europe and elsewhere has cast further uncertainty for the aviation industry as it faces its worst ever crisis. 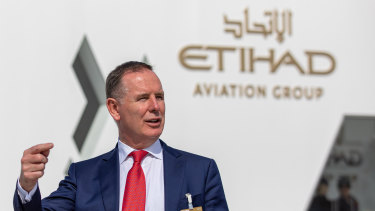 IATA says inconsistent border rules are hampering the recovery, making it difficult for airlines to plan ahead.

Etihad said it was continuing to scale down the airline's operations and that it would become a mid-sized, full service carrier concentrating on its wide-body fleet.

It was not immediately clear whether that meant it would shrink its fleet of 30 Airbus narrow-body A320 jets.

Etihad has said it may retire its 10 Airbus superjumbo A380s due to the pandemic.

Chief Executive Tony Douglas in April said the airline had full support of its owner, the government of Abu Dhabi. Etihad has not said if it has received any state assistance.

Most of its employees are foreigners and not eligible for government benefits in the United Arab Emirates.