Home » World News » Elon Musk said Tesla wouldn't exist without a little-known electric convertible called the tZero. Here's how the prototype car led to the formation of Tesla and paved the way for electric vehicles.

Elon Musk said Tesla wouldn't exist without a little-known electric convertible called the tZero. Here's how the prototype car led to the formation of Tesla and paved the way for electric vehicles.

But back in the early 2000s, the dream of mass-market electric cars with long range and rapid acceleration was still a long way off for Musk, who had already cofounded and sold Zip2 and PayPal and was working on SpaceX. That changed with a fateful test drive in 2003.

At the behest of the person who would go on to become Tesla’s first chief technology officer, JB Straubel, Musk took a ride in AC Propulsion’s tZero, a tiny electric car that was built as a prototype. Musk was so wowed by the car he tried to get the company to commercialize it — it didn’t want to, which in part led to the birth of Tesla.

Musk described driving the tZero and the events the followed on the Third Row Tesla podcast in February, which was spotted by CNBC’s Taylor Locke.

Here’s how the tZero led the way in electric cars, sparked Elon Musk’s interest, and inspired the Tesla Roadster.

The tZero was designed by a company called AC Propulsion, which in the early 2000s, was run by cofounder Alan Cocconi and CEO Tom Gage. AC Propulsion wasn't an electric carmaker — it worked with car manufacturers to produce electric vehicle drive systems. 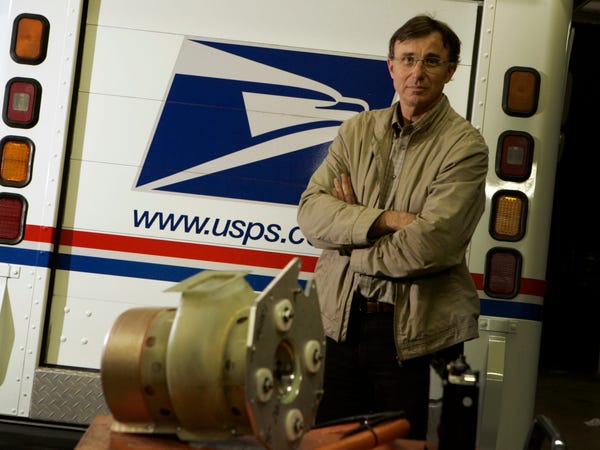 The tZero was a prototype vehicle built by hand in 1997. The body and the chassis of the vehicle were based on a kit car called the Piontek Sportech. The car was estimated to cost $220,000. 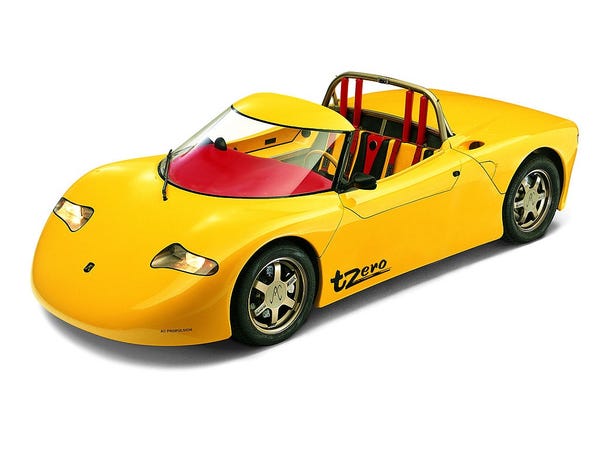 The tZero ran on lithium-ion battery cells, which — thanks to their light weight — made the car surprisingly fast: it reportedly went from 0 to 60 in 3.6 seconds. The tZero also had a range of more than 200 miles. 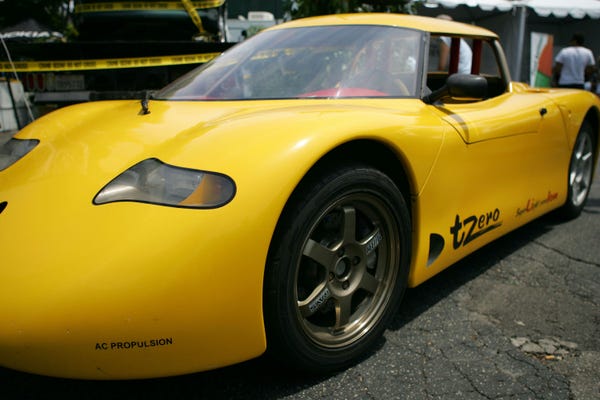 While the tZero had an outwardly stylish design, its interior was described as "Spartan." 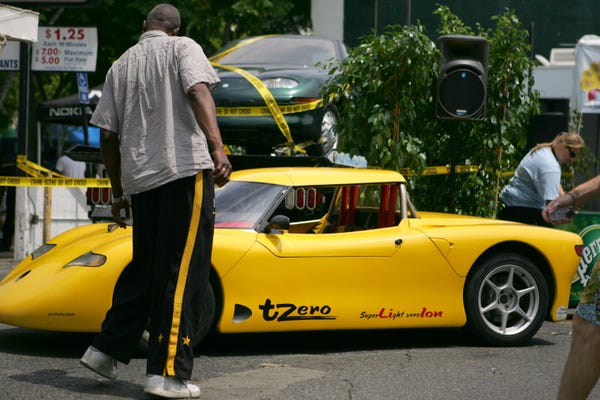 A Forbes article from 2003 described the interior of the vehicle as “like a science project”:

“… most of the controls apart from the CD player are gadgets to monitor the battery and tiny 110-lb. motor. Drivers get an analog current meter, voltmeter, altimeter, and battery-voltage display with LED lights that measures temperature and charging limits.

Remember, though, this is more of an experiment than a traditionally appointed car. The tZero does not come with air-conditioning. And to lower its top and windows, you detach them and store them in the trunk.”

Only three tZeros were ever produced, and there is reportedly only one left in existence. One of the vehicles was incinerated in a garage fire in 2017, and it's not clear what happened to the third. 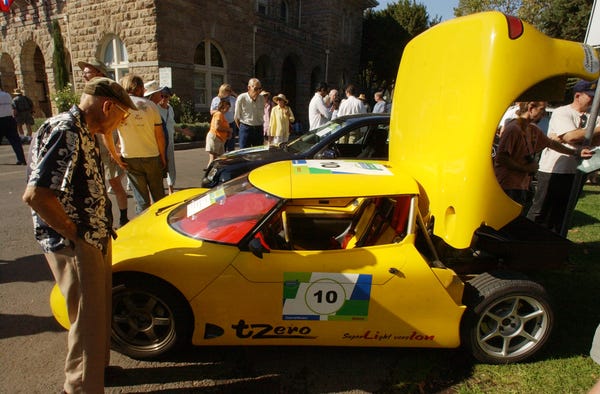 Elon Musk came into the picture in 2003 after he was encourage to test drive a tZero. 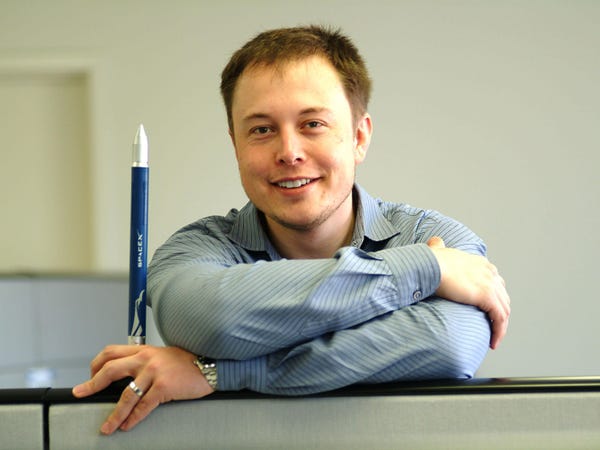 Shortly after founding SpaceX, Musk was having lunch with satellite pioneer Harold Rosen and JB Straubel, who went on to become Tesla’s chief technology officer. Straubel suggested they take a ride in a tZero and Musk agreed.

“It literally didn’t have doors or a roof, or any airbags, or an effective cooling system for the battery and it was not safe and was very unreliable,” Musk on the Third Row Tesla podcast in February. “It needed to be babied by an engineer or … you couldn’t use it.”

Still, Musk was excited about the concept and tried to convince Cocconi and Gage to commercialize the car.

“I really pestered them a lot to commercialize the tZero, and they just did not want to do it,” Musk said.

Musk said he asked the team, “If you’re not going to commercialize the tZero, do you mind if I do it?” The team said yes, and introduced Musk to another group looking to do the same: Tesla Motors’ Martin Eberhard, Marc Tarpenning, and Ian Wright.

In 2004, Musk invested $6.3 million in Tesla. For the next four years, the company worked on its first car, the Tesla Roadster. 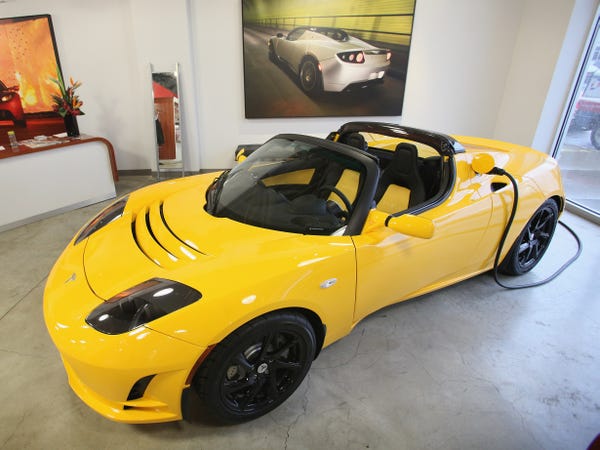 While the Roadster ended up only slightly resembling the tZero, it carried the DNA of the prototype car: it had the first lithium ion battery in a vehicle put into production, could go from 0 to 60 in 3.9 seconds, and had a range of up to 300 miles.

Musk has since said that without the tZero, "Tesla wouldn't exist."