Journalists from the Australian Broadcasting Corporation are threatening strike action after management outlined plans to cut guaranteed pay for about 70 staff members following revelations of underpayment at the public broadcaster.

ABC management has proposed removing pay-boosting “buyouts” that some staff members receive, after giving eight weeks’ notice. The move comes after fresh revelations of underpayment at the ABC, with a review by accounting giant PwC finding staff members were paid incorrectly for their skill levels and others weren’t paid enough for loadings and allowances. 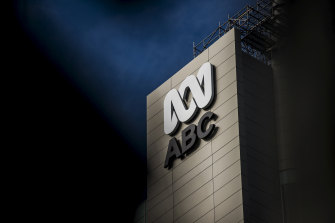 ABC staff are frustrated with a decision by management to stop paying ‘buyouts’ to 100 employees.Credit:Steven Siewert

Buyouts are intended to be a mutually beneficial way for the broadcaster to pay staff doing long or unpredictable hours because they replace allowances, overtime and penalty rates with a higher base salary, usually about 25 per cent above normal levels, according to ABC sources.

However, the recent PWC review found some buyouts had left staff more than $10,000 worse off over a six-year period compared to their pay had they tallied up their hours.

While the move away from buyouts should leave workers better off, sources speaking on condition of anonymity said staff are wary they may not receive as much money given the ABC’s history of underpayments and are concerned about a lack of financial stability from logging fluctuating hours.

Staff at the ABC met multiple times on Tuesday to discuss their concerns. A motion passed by the ABC’s union committee requested the ABC freeze plans to end buyouts until more information is provided, and to acknowledge the losses that will have a flown effect to superannuation, parental leave pay and annual leave pay.

”Hundreds of ABC employees are dismayed and angry that management appear to be trying to reduce their colleagues’ take home pay through a confusing and quite likely inaccurate series of calculations, and during a global pandemic that has already created massive uncertainty for staff,” a statement by the ABC’s national house committee said.

“We’re asking management to freeze the process and provide more detail to staff about their plan,” the committee said in a statement. “If they don’t, they are on notice that staff will be actively resisting this egregiously unfair action.”

An ABC spokesman said the broadcaster’s review of its pay arrangements was to ensure staff received fair pay, was not an efficiency measure and staff were being consulted in its wake where concerns could be raised. He said paying staff their salary plus any overtime, penalties and allowances under the enterprise agreement was the ABC’s preferred way of remunerating its employees.

A second union representing ABC staff, the Community and Public Sector Union, has raised another issue with the broadcaster’s underpayment calculations.

It has written to the Fair Work Ombudsman, which is the wage watchdog now investigating the ABC, arguing that the special “market allowances” paid to star staff or workers doing tasks outside traditional pay grades should not be used to offset underpayments.

“Hiding insufficient buyout loadings and the true cost of the potential underpayments will perpetuate the problems that got the ABC into its underpayment mess in the first place,” the union said in an email to members.

The ABC spokesman disputed the CPSU’s characterisation of market allowances and said its approach to the underpayments was fair and reasonable.

“[Market allowances] are payments made to some employees under their contracts for their performance and duties in their role,” the spokesman said. “They are part of the total salary the employee is paid for performing that role, with hours worked being integral to an employee’s performance of the role.”

The CPSU’s ABC section secretary Sinddy Ealy said her members were also angry about the termination of buyouts, saying they had not been the real issue to begin with.

“The problem is the culture of underpayment and sloppy managerial practices that have run rife in the ABC over the last decade,” Ms Ealy said. “It’s good the ABC is cleaning the mess up, but it’s not ok that staff will now wear the cost of that again.”

Adam Portelli, director of media at the Media Entertainment and Arts Alliance welcomed the conclusion of the buyout review, but said staff should not be left worse off.

”Many journalists are now facing the prospective of an effective wage cut as a result of their current arrangements being rescinded,” Mr Portelli said. “ABC needs to recognise members’ hard work over recent years where they have endured staff cuts as well as reporting during a global pandemic, and see that staff are properly rewarded.“

The broadcaster also admitted in 2020 that it had underpaid about 1900 staff $12 million, which came to light after casual staff complained they had not been paid correctly, along with a then-record $600,000 apology payment to the wage regulator. The review commenced after the casual pay scandal, which was caused by its failure to pay wages that covered workers’ full entitlements.