DoorDash, EA Sports, and Dollar Shave Club have dropped YouTube star David Dobrik after a rape allegation against a former member of his Vlog Squad

Welcome to this weekly roundup of stories from Insider’s Business co-Editor in Chief Matt Turner. Subscribe here to get this newsletter in your inbox every Sunday.

What we’re going over today: 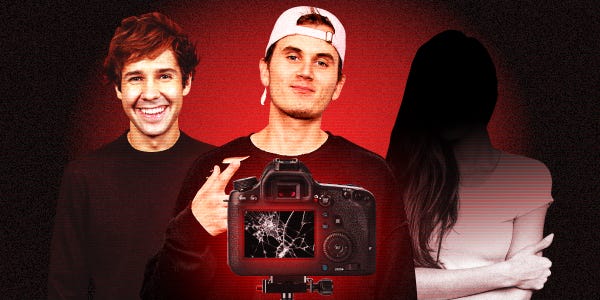 A group of seven college students was on their way to meet David Dobrik, but Hannah didn’t know who he was.

The friends piled into one of their cars to go shoot a video with Dobrik’s YouTube-famous posse, the Vlog Squad. Hannah knew her friends watched videos made by the group, yet had no idea how famous they really were.

At the time, November 2018, Dobrik was about to surpass 10 million YouTube subscribers and was well on his way to becoming one of the platform’s biggest stars. By March 2020, he’d be named “Gen Z’s Jimmy Fallon” by The Wall Street Journal, living in a $9.5 million mansion with a $200,000 Aston Martin, thanks to lucrative sponsorships with brands such as SeatGeek and Chipotle, which once sold a burrito named after him.

Earlier that day, some of the students had begun chatting over Instagram with a Vlog Squad member who went by the name Durte Dom. Dom, whose real name is Dominykas Zeglaitis, said he wanted to “hook up” with them — according to direct-message transcripts reviewed by Insider — and some of Hannah’s friends were interested.

Hannah, a 20-year-old sophomore at a private liberal-arts school in Los Angeles at the time, didn’t know what to expect, but she was up for an adventure.

She said she couldn’t have predicted what would happen that evening, and that the events have left her with trauma.

Shortly after Insider’s story published, Dobrik posted an apology to his podcast channel, where he addressed rape and sexual-assault allegations. Since then, major brands have distanced themselves from Dobrik. 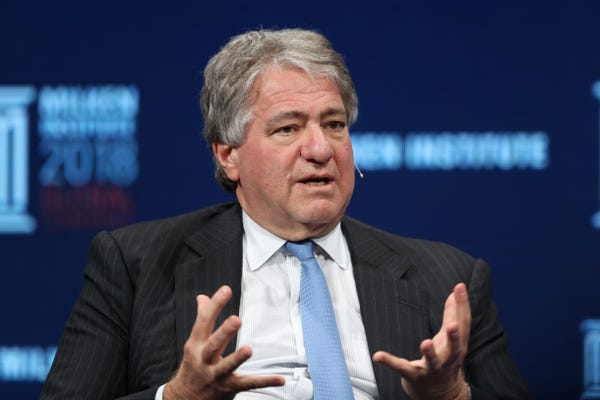 From Casey Sullivan and Dan Geiger:

It was a rule that became fodder for jokes among associates inside the $450 billion investment giant Apollo Global Management.

In May, the coheads of Apollo’s $80 billion private-equity business, Matt Nord and David Sambur, banned work calls and emails from Friday to Saturday evenings.

The move was meant to create a small respite in a workplace that, even by Wall Street’s standards, had become notorious for its blowtorch pace. But like some other efforts to improve the work-life balance at Apollo, the rule quickly faded from view.

Associates told Insider partners at the firm compensated for the communications hiatus by piling on extra work on Saturday night. Within a month, it seemed as though the mandated break had disappeared, said two associates, one of whom has since left.

Now the firm is grappling with the departure of a large portion of its associate class, an exodus that chips away at the manpower necessary to sustain its active deal flow. It’s a trend that’s accelerated in the past few years, according to current and former Apollo employees, and is now crescendoing as Wall Street at large reckons with psychological tensions stemming from remote work. 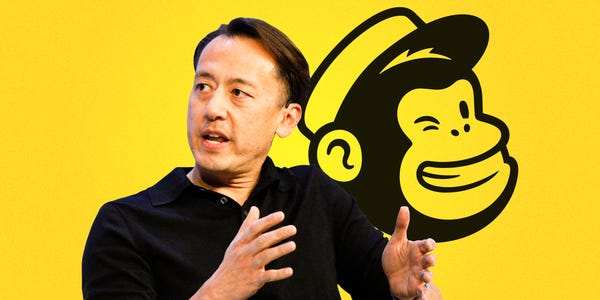 On November 12, Mailchimp CEO Ben Chestnut sent a Slack message to his employees saying he “wanted to acknowledge the elephant in the room.”

“We’ve had more people than usual leave the company lately, including some great leaders,” he said in the message, which was viewed by Insider.

Those departures included many of Mailchimp’s highest-ranking women and people of color. Chestnut said he was “interested” in how these departures would impact Mailchimp’s diversity, and thanked its employee resource groups for “raising this concern,” but said higher attrition rates are “normal and expected for a high-growth company” like Mailchimp and that “there’s nothing going on behind the scenes that you should worry about.”

But Chestnut had apparently failed to mention possibly the biggest elephant in the room, which would soon spark a lot of worry among employees: Shareka Nelson, Mailchimp’s first head of diversity, equity, and inclusion, would be leaving the company within a week, despite being hired barely a year earlier.

Riding a 48% return from its flagship fund, the firm returned $10.4 billion to its investors in 2020, the most among the 20 top-performing hedge funds tracked by LCH Investments, a fund-of-funds firm.

In the anniversary letter written at the end of February, the secretive Coleman took investors inside the early days at Tiger Global and explained how some of the firm’s home runs happened — and mentioned some of the fund’s major whiffs and growing pains along the way.

Here are some headlines you might have missed last week.

Leaked Iconiq fund data reveals how the ultra-secretive wealth-management firm invested $5.4 billion in dozens of startups — and how its bets have quadrupled in value

Inside the downfall of microbiome startup uBiome, which won a $600 million valuation from top VCs, then went bankrupt, and now has 2 founders facing fraud charges

See the presentation that convinced 2 billionaires and Dr. Oz to invest in a new way of helping doctors care for patients at home

Orangetheory is the latest entrant in the digital fitness wars. Its chief brand officer lays out the company’s playbook for standing out from the competition.