President Biden’s and the Democrats’ Build Back Better Act includes a provision that specifically prohibits religious schools from using infrastructure grants to improve their facilities.

The bill, which House Democrats hope to vote on this week, includes a provision that provides infrastructure grants to improve child care safety, specifically to help child care providers “acquire, construct, renovate or improve” their facilities. 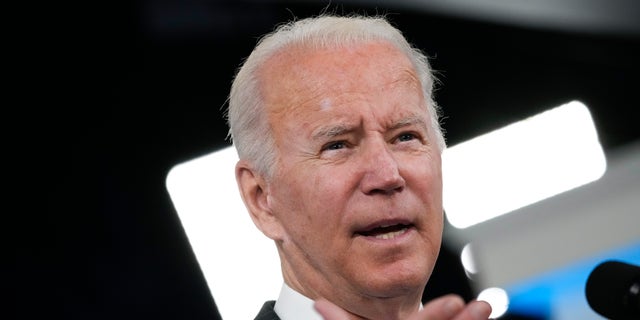 President Joe Biden speaks about the authorization of the COVID-19 vaccine for children ages 5-11 on Nov. 3, 2021, in Washington, D.C. (Photo by Drew Angerer/Getty Images)

However, further down in the bill’s text, it includes a prohibition against religious organizations like churches and synagogues that also have schools or child care services from using funds to improve their facilities.

Recipients “may not use the funds for modernization, renovation or repair of facilities that are primarily used for sectarian instruction or religious worship,” the bill states.

Rep. Mike Kelly, R-Pa., offered an amendment to strike the provision called the Religious Freedom Amendment, but it failed during the Ways and Means Committee’s markup in September. President Joe Biden arrives to speak about the authorization of the COVID-19 vaccine for children ages 5-11 on Nov. 3, 2021, in Washington, D.C. (Photo by Drew Angerer/Getty Images)

“The congressman was disappointed that Democrats wouldn’t grant such a simple request to help our children during previous negotiations,” Knoedler told Fox News in a statement. “His Religious Freedom Amendment was an inclusive bill that would have given parents greater choice and allow them to pick a child care service that was best for them.”

House Speaker Nancy Pelosi, D-Calif., on Thursday wouldn’t reveal any information about the timing of a potential vote on the bill or whether Democrats have the votes to pass it.