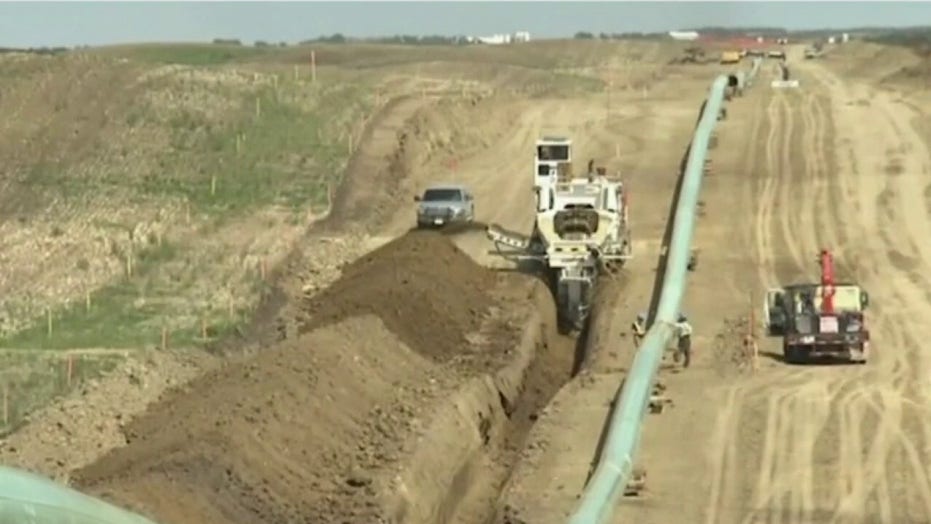 President Biden revoked the permit for the 1,700-mile pipeline through executive action on his first day in office, roiling conservatives and some Democrats who touted the project’s potential to create jobs. Tester reiterated that he was a “supporter” of the pipeline, so long as it was constructed with safety standards in mind and with respect to local property rights.

“In the end, I think it’s a good project,” Tester said during an appearance on CNN. “I believe in climate change, but I also think this one pipeline isn’t going to turn it around, isn’t going to turn our climate around and it’s not going to make it a markedly worse situation.”

Former President Donald Trump championed the Keystone oil pipeline, which was designed to carry about 800,000 barrels of oil per day from Canada to the Texas Gulf Coast. Critics argued the project presented major environmental risks and would run contrary to international efforts to reduce carbon emissions.

Biden’s decision drew immediate pushback from prominent Republicans, including Sen. Ted Cruz of Texas, who argued it would kill 11,000 jobs even as Americans struggle with financial pressure related to the coronavirus pandemic. Canadian Prime Minister Justin Trudeau said he was “disappointed” by the executive order.

“The Permit is hereby revoked,” Biden’s executive order says. “Leaving the Keystone XL pipeline permit in place would not be consistent with my Administration’s economic and climate imperatives.”

Tester has acknowledged that he supports efforts to combat climate change despite his support for the pipeline.

“I still don’t know why this is the tip of the spear,” Tester said last month during a call with residents of Helena, Montana, according to the Independent Record. “There are hundreds if not thousands of pipelines that run across that border and why this is the one people are fired up about, I don’t know.”