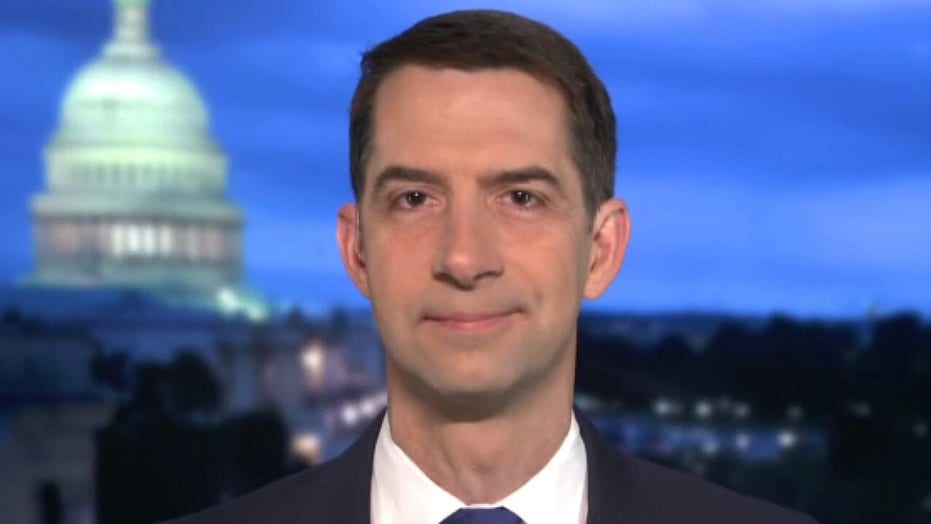 Tom Cotton: Important for Biden to recognize China as a ‘dangerous threat’

Senator Tom Cotton on actions the Biden administration can take after the president warns of ‘extreme competition’ with China.

Sen. Tom Cotton, R-Ark., said Monday that he was “glad to see Joe Biden singing a different tune” in regards to the U.S.  foreign policy stance on China, but criticized the president for not outlining the specifics of his strategy.

During an appearance on “Fox & Friends”, Cotton said that it “is not a show of strength” for Biden to simply “rebuke” President Trump’s positions without giving indications of how his plans may divert from or be similar to those of the former president.

Cotton also accused China of bending international laws and organizations to support their own interests and called on Biden to investigate the Wuhan labs within China and continue to support our allies in the region. The Washington Post’s Editorial Board called Friday for answers from China on the origins of the coronavirus pandemic, leading many critics to point out how the media downplayed similar questions throughout 2020.

SEN. TOM COTTON: “I’m glad to see Joe Biden singing a different tune now. You know, in the campaign he said that Chinese leadership weren’t bad folks and that they weren’t our competitors of course they are our most dangerous and long-term strategic competitor. But, to simply to rebuke President Trump for being the first president in two generations to stand up to the Chinese communist party and say he’s going to do it differently, without specifying how he’s going to do it differently is not a show of strength.

Look, it was a year ago this week that I started demanding an investigation into the labs in Wuhan and whether they could have been the source for the plague that China unleashed on the world. You know the media at the time hyperventilated that I was spouting conspiracy theories, now they’re admitting it’s plausible and needs to be investigated. Meanwhile, a year later we’re still dealing with the fallout here in America. Our schools are closed and kids are not getting educated in no small part because of Chinese communist malevolence and negligence.

Even his friends in liberal media are demanding that we get access to those labs in Wuhan, that China began to come clean about what happened there a year ago. There are other things, of course, he can do, like continue the arms sale we accelerated to Taiwan, with the Trump administration, make it clear we are going to stand with our allies on China’s periphery as they continue to threaten places like Taiwan and India and make clear that we recognize that China is a dangerous threat. He says he wants to follow the international rules of the road, make it clear that we know that China uses those international rules and organizations and tries to bend and corrupt them to their own interests and we’re not going to stand by and let them do that.