Coinbase has become a 'breeding ground' for startup founders, with the company's help and sometimes money, former employees say

Coinbase is where the brightest minds in cryptocurrency go to work and learn from each other. But as the popular crypto exchange goes from a nimble startup to a public company,  a growing cadre of employees are leaving for smaller ponds.

They are launching their own companies.

“Early Coinbase was a breeding ground for startup founders. It basically functioned as a crypto-bootcamp,” said Tommy Fang, who left a stable job as a software engineer at Coinbase to start a consumer startup, Eureka Surveys.

Fang is one of more than two dozen startup founders who first completed a tour of duty at Coinbase. They’re building companies across industries often with the support of their former employer.

We spoke to 11 founders who previously worked at Coinbase about the move from operator to entrepreneur. They said their time at Coinbase gave them a crash course in company building, positioning them for success.

“I got to view the industry from the lens of the ‘mothership’ and work on a platform with millions of users, alongside some of the most talented people I’ve ever met,” said Clinton Bembry, whose crypto-startup Slingshot is in beta.

It’s unsurprising that a number of alumni went on to start their own companies, said Namrata Ganatra, a former senior director of engineering at Coinbase. The company has a bias toward hiring candidates it calls “builders.”

In a blog post, Coinbase cofounder and CEO Brian Armstrong describes builders as “inherent optimists” who “create value in the world” by building companies and making products. They are mission-focused and “unusually resilient.”

Ganatra said she’s had a desire to build a company since she left India for Silicon Valley, but she “became certain” she wanted to be a founder after attending an employee-only event at Coinbase with the founders of Y Combinator. Ganatra went on to work at Lambda School before launching Sturish, a data analytics company for growing online businesses. 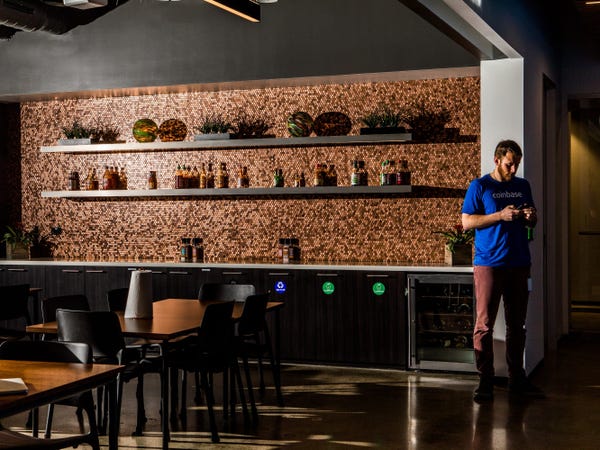 Crypto is not a ‘zero-sum game’

Founders say their former employer is more than supportive of their entrepreneurial pursuits.

Coinbase has a venture arm that invests in fintech products and services to help grow the ecosystem of crypto companies and make its own exchange more useful. It is the sole investor in the fund and has written checks into more than 130 companies, including some started by former employees.

The venture fund has even backed companies that could be seen as potential competitors, like Nadav Hollander’s Dharma for buying and selling digital assets or Bembry’s Slingshot, which finds the best prices on any token trade.

“We don’t think crypto is a zero-sum game,” Shan Aggarwal, head of corporate development and Coinbase Ventures, told Insider. “At this stage of the industry’s development, we believe in the benefits of ‘coopetition’ and recognize that product and companies that compete with one of our products may be key partners for another of our products.”

Blake West, a former software engineer at Coinbase, raised money from his former employer for his startup, a crypto-lending company called Goldfinch, but he said access to capital isn’t the main benefit of working at Coinbase.

“One of the most important things we got from Coinbase is the fantastic network of talented and entrepreneurial people who are interested in crypto,” West said. He’s made early hires and investor connections through his ties.

We counted 17 startups created by former employees, and all together, they have raised more than $100 million in venture capital, according to data compiled by Insider. That’s not a ton of money, but Coinbase itself is only nine years old, so most of the companies spun up by former employees are still early-stage. There are no “unicorns” yet. 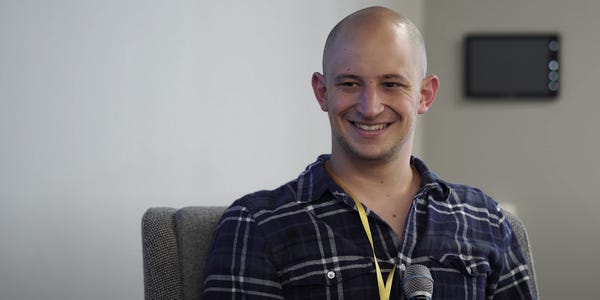 Coinbase expats have not only started venture-backed companies, but funded them.

Fred Ehrsam, a cofounder of Coinbase, now runs an investment firm called Paradigm that plows funds into digital assets like tokens and currencies and then withdraws money for the purpose of investing in crypto-startups.

“I had never wanted to start something of my own until joining Coinbase because they really encouraged a sense of ownership and autonomy when I was there,” Linda Xie, who invests out of her hedge fund, Scalar Capital, said. 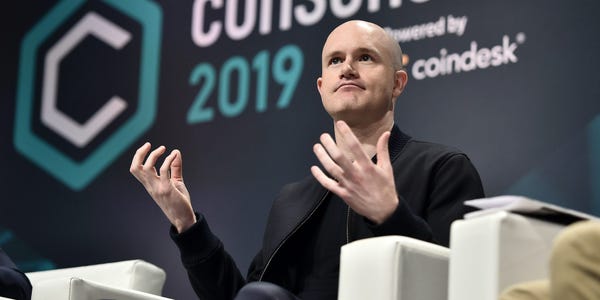 The Coinbase ‘mafia’ is growing

The company’s alumni network has been expanding ever since last fall, when Armstrong set a company policy that bans employees from talking about politics and social causes at work.

But after a tumultuous year, in which employees had to grapple with their feelings around racial injustice and political unrest in the isolation of their own homes, the “apolitical” approach produced some very mixed reactions. More than 60 employees left Coinbase in the aftermath. But, as we previously reported, many others applied to work there.

Now, the company is marching toward a direct listing, which will allow employees to cash out of their Coinbase stock and should lead the alumni network to grow again. It’s typical for some employees to leave a company after it goes public when they’re finally able to sell their shares.

The departures could lead to even more cool companies being born.

“I strongly believe the Coinbase mafia will one day have as huge an impact as the PayPal mafia,” said Soups Ranjan, a startup founder and former director of data science and risk at Coinbase.