In media news today, Nancy Pelosi tells reporters they ‘could do a better job selling’ Build Back Better, Maxine Waters tweets about being hacked, and ‘The View’ guest co-host explains why she’s a gun owner

CNN hosts Don Lemon and Chris Cuomo launched on an extended rant Tuesday targeting NBA star Kyrie Irving over not getting vaccinated against the coronavirus.

During the handoff between their respective programs, the liberal hosts agreed that, although Irving had the personal choice on deciding whether or not to take the vaccine, he would still have to “suffer the consequences” of not doing what was good for the “collective goal” of his team.

Irving, whose refusal to reveal his vaccination status made national headlines, was banned this week by the Brooklyn Nets from participating in any team activities, including practices and games, until he is fully vaccinated.

“Everyone has a choice. If he doesn’t want to do it, fine. Then he doesn’t have to do it, but one then must suffer the consequences of not doing it,” Lemon said. “I think in the largest scope of all of this, it is all about America. Right? Humanity. We’re all one team, humanity. We’re supposed to be looking out for each other as a team and as a team you don’t just look out for what is just good for you.”

“You have to look out at what’s good for the whole, which is a team, which is America, which is humanity, which is Kyrie Irving’s team,” Lemon added. “He can’t say this is my personal thing and still be a part of that team because that’s not what is good for the collective goal of the team.”

Cuomo expressed his agreement with Lemon but also his disapproval of reports that Irving was choosing not to take the vaccine as a protest over workers losing their jobs for not complying with workplace vaccination mandates.

Both hosts agreed that if Irving was not anti-vaccination, even if he chose not to take the vaccine himself, he should still advocate for other workers to take it. 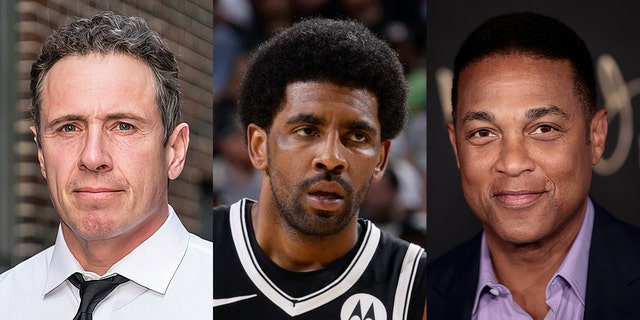 “You have the right to do something, doesn’t mean it’s right the way you’re doing it. And that has just been lost in this perverse sense of prerogative that hey, I have the freedom — you have the freedom to walk into traffic. You know, we don’t suggest you do it,” Cuomo said.

“We need to have the moral rectitude in our leaders that we demand of ourselves as Christians in our communities,” he added. “So you’re not going to do something science tells you to do to keep yourself and others safe in your community out of some perverse sense of freedom just because you don’t have to?”

“Chris, here is the whole point. You do have the freedom not to — so then don’t do it. But then you cannot expect to do what everyone else does. You have the freedom. And that’s what they’re telling him. You’ve got the freedom. We won’t cancel you or fire you but you’re going to be benched,” Lemon chimed in.

Both hosts then agreed that it was “hypocritical” for people standing up for Irving to not have stood up in the same way for Colin Kaepernick when he chose to protest racial injustice at NFL games by kneeling during the National Anthem.