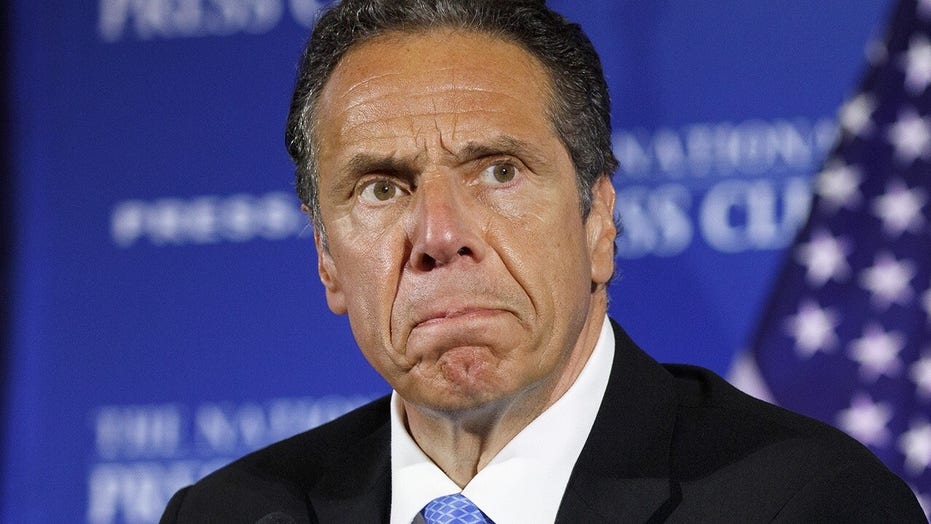 Will Cain: Cuomo deserved Emmy award for ‘stellar’ acting, ‘pretending’ to be there for ordinary people

The refusal of New York Gov. Andrew Cuomo to resign in the face of mounting scandals has drawn comparisons to another Democrat, Virginia Gov. Ralph Northam, who wouldn’t resign in 2019 over his “blackface” scandal despite calls from members of his own party to step down.

With that in mind, a liberal CNN anchor enlisted Northam to offer advice to the embattled Cuomo on Thursday.

“Two years ago, you were being inundated with calls for your resignation after decades-old photos in blackface were discovered. You apologized, you refused to resign, and you’ve gone on to pass very significant legislation as governor with high approval ratings,” “New Day” fill-in host John Avlon said. “I’m wondering what political lessons you have learned from that experience and whether you think they should apply to New York Governor Andrew Cuomo?”

Northam called his scandal a “difficult time for Virginia” and claimed he “took accountability” for his actions when an embarrassing photo from his medical school yearbook page resurfaced, showing two men — one dressed in blackface and the other dressed as a Ku Klux Klan member.

“I’m proud that Virginia stuck with me,” Northam said.

Avlon then asked, “Do you think that Governor Cuomo should follow your playbook, as some are calling on him to do? Or do you think he should resign because of the allegations put forward?”

“Well, these allegations are serious and I do believe they need to be investigated but, as far as what happens with Govenor Cuomo, that’s up to the people of New York,” Northam said.

Media Research Center news analyst Kristine Marsh was in disbelief Avlon would ask Northam if Cuomo should “follow his playbook” amid scandal.

“CNN continues to beclown itself as a news network, even bringing on Virginia’s own ‘blackface’ governor to give New York’s scandal-embroiled governor political advice today,” Marsh wrote. “And it wasn’t an April Fools’ joke!”

Cuomo, the older brother of Avlon’s CNN colleague Chris Cuomo, has been accused by multiple women of sexual harassment and creating an uncomfortable work environment with sexual advances.

He’s also accused of covering up nursing home deaths in New York at the outset of the pandemic last year, which many attribute to the Cuomo policy which sent coronavirus-positive patients into nursing homes, even after federal guidance on whether to do so changed. In addition, he has been accused of giving priority access to coronavirus tests to his friends and family, including his CNN anchor brother.

Marsh felt Avlon was “clearly trying to make the case that Democrats should forgive and forget with Andrew Cuomo as they did with Northam.”

The scandals faced by Northam and Cuomo differ in key ways. The photo Northam allegedly appeared in was decades old, whereas the allegations against Cuomo are from his current governorship.

Neither governor has taken responsibility for the allegations against them.

After initially admitting to being in the racially insensitive yearbook photo, Northam reversed and denied that the photo was of him, and a review could not conclusively prove whether Northam was in the picture.