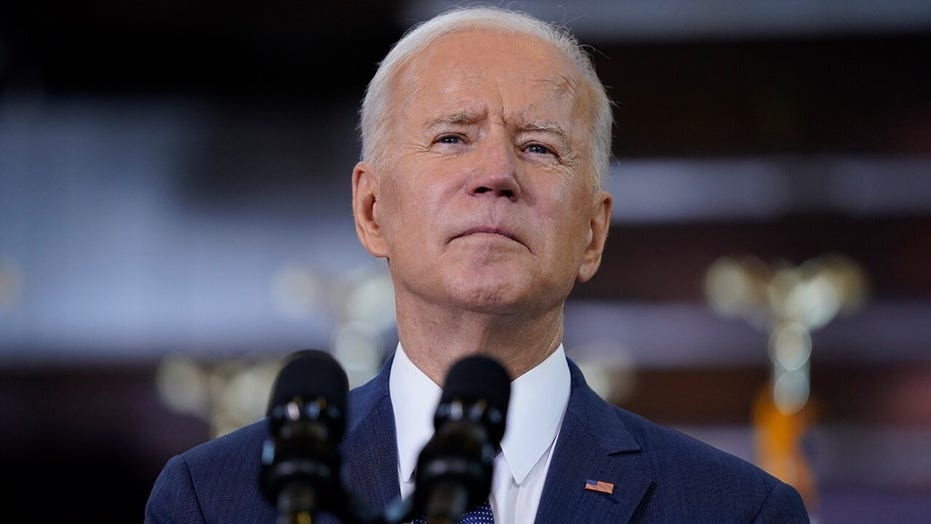 Fox News contributor Jason Chaffetz weighs in ahead of President Biden’s address to a joint session of Congress.

President Biden campaigned on a sharply progressive agenda, but media outlets frequently referred to him as “moderate” and “centrist” in their 2020 coverage.

Now that he’s governed in such a way that even far-left Rep. Alexandria Ocasio-Cortez, D-N.Y., has been impressed, outlets seem to be having it both ways, such as a CNN “analysis” piece that proclaimed Biden’s “moderate radicalism” will be on display when he addresses Congress on Wednesday.

“Biden’s quiet radicalism is expressed through a huge pandemic rescue bill, a larger proposal that redefines the concept of infrastructure, and a massive health and child care blueprint,” liberal CNN White House reporter Stephen Collinson wrote. “It’s an agenda that argues government can still solve national problems, 40 years after an era-defining Republican president spelled out the opposite conclusion.”

Collinson blamed President Ronald Reagan’s famous admonition that government “is the problem” for heralding a “shrinking of the state” that widened economic inequalities.

Collinson, whose pieces have been largely favorable to the new White House, scare-quoted “radical” to describe what he felt was Biden’s reasonable belief in the role of government, writing, “President Joe Biden’s ‘radical’ idea is that government is not the problem in America but the multi-trillion-dollar solution that can end the pandemic, equalize the economy and make life better for millions of working people.”

The article then quotes Republicans who see Biden pursuing “radical” policies, arguing they cannot pigeon-hole Biden because he was a “classic Washington Democratic centrist for 50 years.”

“Republicans have struggled since the presidential campaign to portray Biden, a classic Washington Democratic centrist for 50 years, as some kind of raging socialist who wants to bring down US society,” Collinson wrote. “As a White, elderly man, Biden is a difficult target for Trump-loving conservatives, who like to portray racially diverse Democrats as a threat to what they see as Anglo-Saxon cultural traditions.”

The “analysis” pieces from CNN’s White House correspondents overwhelmingly favor the administration they are covering. Left-wing reporter John Harwood, who openly celebrated Biden’s inauguration, has used his pieces to gush over the new president’s progressive agenda. In a recent piece, he exulted that Biden “strengthens [Barack] Obama’s legacy while seeking his own.”

Collinson’s piece is part of a trend among liberal news outlets to portray Biden as untouchable due to his low-key approach, despite their own admissions that he is governing to the left.

Liberal New York Magazine writer Jonathan Chait declared this week that Republicans can’t beat Biden because he is too boring, while simultaneously praising his left-wing governing approach that belied the media’s framing of him as a deal-making centrist.