CNN has kept viewers in the dark about its most-watched host Chris Cuomo being accused of sexually harassing a veteran television journalist when they worked at ABC News.

Former executive producer Shelley Ross outlined an incident where Cuomo squeezed the cheek of her buttock without her permission in 2005 in a guest essay for the New York Times on Friday. She also produced an email where Cuomo appeared to admit to the incident and apologize for his behavior. The CNN host then reiterated his apology to Ross in a statement to the Times. 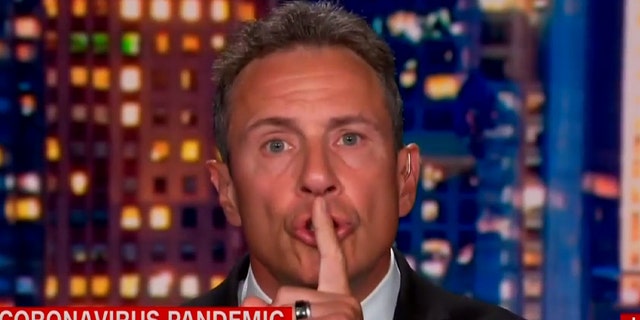 CNN has kept viewers in the dark about its most-watched host Chris Cuomo being accused of sexually harassing a former co-worker.

CNN has not covered the story on air through 9 a.m. ET on Monday, according to a search of the network’s archives using Grabien Media.

Ross wrote that she doesn’t want Cuomo to lose his job for groping her. Instead, she hopes he uses his platform to “journalistically repent” for his behavior.

However, Cuomo didn’t acknowledge the incident on Friday night when he went on air for the first time since Ross came forward.

CNN addressed the situation in its “Reliable Sources” newsletter Friday, but anyone who relies on the liberal network’s on-air reporting for information missed the story. CNN’s in-house media pundit Brian Stelter failed to mention the story on his Sunday show that covers the media industry.

CNN’s website does not appear to have covered the story, either, aside from its newsletter. A CNN.com search Monday for “Shelley Ross” did not return any recent hits.

Ross has since indicated that she is disappointed by Cuomo’s response to her coming forward.

“I was hoping that in 15, 16 years that he had changed, but he’s no more enlightened today than he was then, as demonstrated by his response,” Ross told Insider.

In a statement to the Times, Cuomo reiterated his apology to Ross while noting their interaction was “not sexual in nature.”

“As Shelley acknowledges, our interaction was not sexual in nature. It happened 16 years ago in a public setting when she was a top executive at ABC. I apologized to her then, and I meant it,” Cuomo said.

Ross, who wrote last week she didn’t wish for Cuomo to be fired from CNN and instead urged him to “journalistically repent” for his behavior, doesn’t seem satisfied with Cuomo’s statement.

“I don’t acknowledge that there’s anything that was ‘our interaction.’ I was not a participant,” Ross told Insider. “I was groped. And so to say that I acknowledge interaction, no. That shows a lack of enlightenment.”

Ross did not immediately respond when asked Monday if she feels Cuomo should lose his platform after showing a “lack of enlightenment” since her Times essay was published.