Chris Rufo, a senior fellow and director of the initiative on critical race theory at the Manhattan Institute discussed leaked documents he obtained reportedly showing that CVS secretly launched a mandatory antiracist training program for its employees on “Fox News Primetime.”

CHRIS RUFO: Unfortunately, this has become common in many of America’s fortune 100 companies. But there’s a great irony at CVS. Former CVS Chief Executive Larry Merlo was pulling in somewhere between 20 – 30 million dollars a year when he instituted this program — forcing his hourly wage workers, who earn a median income of $35,000 a year, to atone for their privilege. It is really a disgrace, it’s absolutely hypocritical, and I think we need to shine a spotlight on these things as they come up.

I think a lot of it is almost like an insurance policy against getting beat up by the far left. I think there’s also a sense among many of these executives that somehow they can be the great savior on racial issues. Someone like Larry Merlo … thinks that he is now enlightened and can tell his peons who are working for 12-13 bucks an hour on the floor of CVSs all over the country, that actually they’re privileged? That they need to atone for their White privilege? Their Christian privilege, their male privilege, etc. It’s so shocking and disgraceful.

In this country, our great executives used to have a sense of responsibility to the American people. Now we see our executives, people at the highest reaches of power and privilege, looking down on the average American. We should all revolt against it. 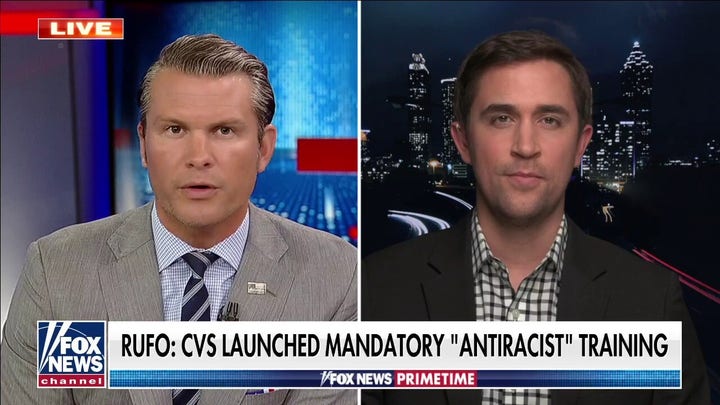