Home » World News » Child Benefit amount is rising next month – how much more will you be able to get?

Child Benefit amount is rising next month – how much more will you be able to get?

Child Benefit can be a valuable form of income for many people raising children. The amount a person gets hasn’t risen in recent years, with this payment having been subject to the benefits freeze.

The planned end to the benefits freeze has been confirmed to come to an end, meaning working-age benefits which have remained at the same level since April 2015 will increase next month.

The Department for Work and Pensions (DWP) confirmed the move in November last year, revealing around 2.5 million people on Universal Credit would see their payments from the benefit rise by 1.7 percent, in line with inflation.

Million of claimants of legacy beneifts will also see their payments rise in line with inflation, with the DWP saying the increase will benefit more than 10 million people. 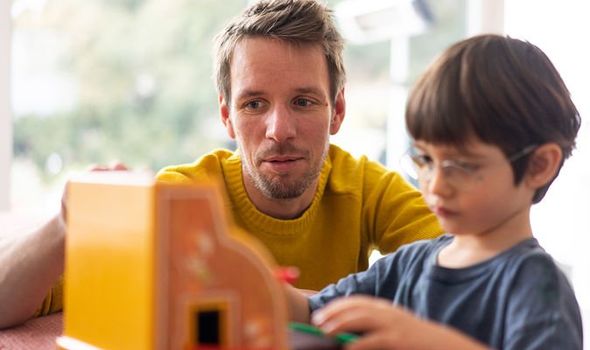 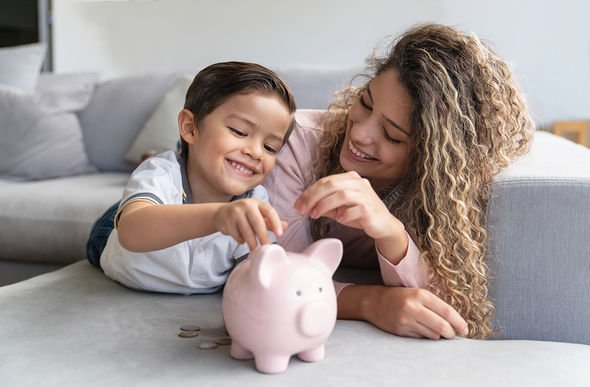 There are two Child Benefit rates, and the one a person can get will depend on who the allowance is for.

For the eldest or an only child, the weekly rate is currently £20.70.

The allowance for any additional children is £13.70 per child, per week.

In April 2020, these rates will increase by 1.7 percent, in line with inflation.

This means that they are expected to reach £21.05 per week for one child, and a weekly £13.93 per subsequent child.

It’s possible to get Child Benefit if a person is responsible for bringing up a chilld who is under the age of 16, or under 20 if they stay in approved education or training.

However, only one person is able to get Child Benefit for a child. 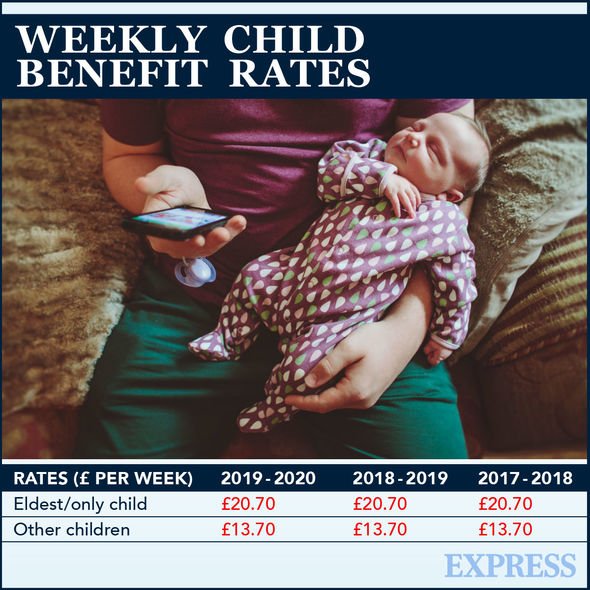 The payment is made every four weeks, and there’s no limit as to how many children an individual can claim for.

This means that for parents with only one child, the increase will be by 35 pence per week.

Gov.uk states that by claiming Child Benefit, a person may be able to get National Insurance credits which count towards their state pension.

It also means that the child will automatically get a National Insurance number when they’re 16 years old. 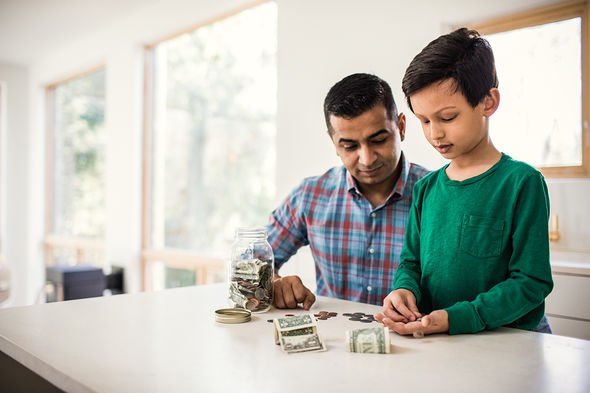 Some people may opt not to get Child Benefit payments, such as those who waive the payment due to being affected by the High Income Child Benefit Tax Charge.

However, Gov.uk reminds the general public that if they choose not to get Child Benefit payments, they should still fill in and send off the claim form.

Kay Ingram, a chartered financial planner and Director of Public Policy at LEBC Group, has also explained how doing so can have an impact on one’s state pension.

She told Express.co.uk: “Couples where one is not paying national insurance via employment or self -employment, with a first child born after January 1, 2013, need to be aware that in waiving Child Benefit the low earning parent may lose credits for their state pension. These are currently worth £250 per year of state pension.

“Claims are made by completing form CH2 to claim child benefit, while waiving payment of it. This must be completed by the lower earner or the credits are wasted.”