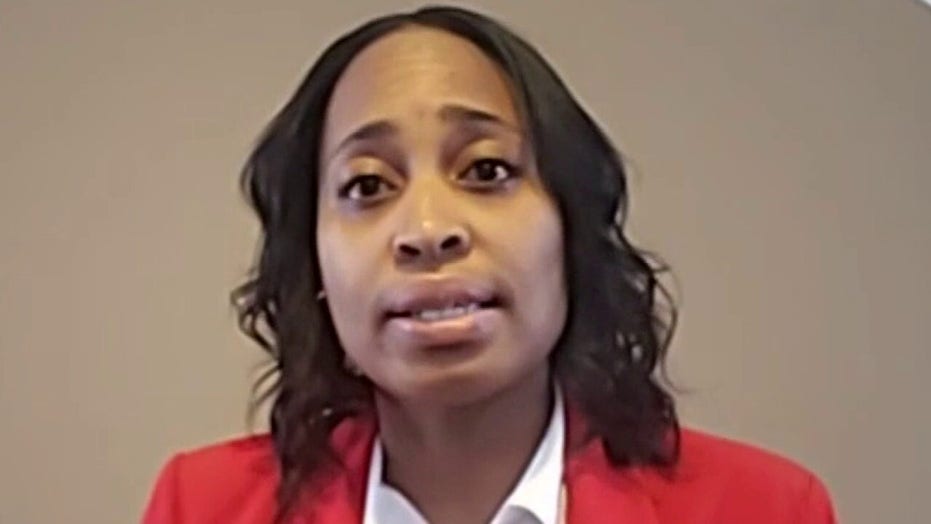 Chicago high school parent Remel Terry says on ‘America’s Newsroom’ there is plenty of blame to go around as parents deal with continued delays in resuming in-person learning.

Lightfoot’s comments, which she made Tuesday on CNN’s “New Day,” marked a reversal from what she said a day before on MSNBC, when she called the situation in Chicago “uniquely local.”

Stopping short of naming Trump, Lightfoot said the standoff between Chicago Public Schools and the Chicago Teachers Union (CTU) over whether teachers should return to classrooms this week was “because of the incompetence of the previous administration.”

“I think it’s important for both sides to come to the table in good faith, recognize that we’re both trying to work through a very challenging situation, but we must get a deal done,” Lightfoot said.

She later added: “These are really difficult times in a pandemic, exacerbated by the incompetence of the previous administration that didn’t leave us with enough vaccine to really quickly get to the entire population in our city that needs it. But we’re going to keep working hard recognizing the concern that, really, all of our residents have regarding COVID-19.”

The Democratic mayor made the CNN appearance but offered no press conference for the students’ parents.

The CTU led a teacher’s strike in October 2019 that lasted for 11 days, during which more than 300,000 students had unscheduled days off. Fox News has reached out to the mayor’s office asking whether Trump was also to blame for that strike but has not gotten a response.

Lightfoot and CPS CEO Janice Jackson issued a joint statement Monday night saying that CPS had backed down on its threat to lock K-8 teachers out of their remote learning tools if they failed to show up at its facilities this week to prepare for the return of in-person classes.

The union previously threatened that its members would picket if they were denied access to programs they have been using to instruct students remotely.