Microsoft co-founder Bill Gates provides insight into the causes of the energy crisis in Texas on ‘Fox News Sunday.’

A report from the California State Auditor released last week accuses the California Air Resources Board (CARB) of not doing enough to measure reductions in greenhouse gas (GHG) emissions.

The report, written by State Auditor Elaine Howle, said CARB has not collected sufficient data for determining whether its transportation programs have been achieving their specified aims of helping reduce GHGs. 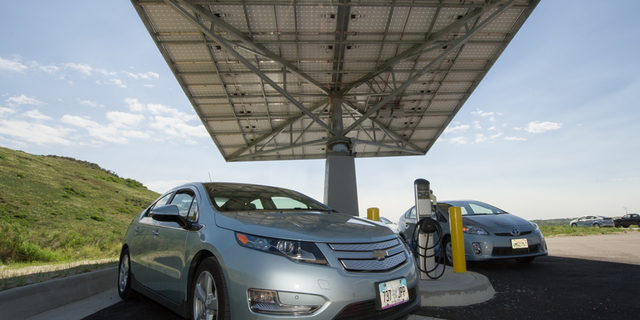 The report concluded that, under these circumstances, California will “fall short” of meeting its 2030 goal of reducing GHG emissions to 40% below 1990 levels “unless emissions reductions occur at a faster pace.”

The report gave a list of recommendations that the agency should implement for better data collection in measuring the progress of its incentive programs.

CARB told Fox News it is proud of the progress it has made in driving down emissions of pollution throughout California and will strive to strengthen its “world-leading programs” as it responds to the State Auditor’s recommendations.

CARB said that implementing those recommendations would likely necessitate additional staffing and resources “so as to avoid directing resources away from regulatory efforts to further reduce toxic air pollutants from trucks, ships, and other freight-related sources.”

An executive order signed by California Gov. Gavin Newsom signed in September aims to ban the sale of new internal combustion engine cars in California by 2035.

The order directed CARB to develop a phase-out plan that would require 100% zero-emissions personal use and drayage vehicles by 2035 and as many medium-duty and heavy-duty vehicle applications deemed feasible by 2045.”

Contrary to the State Audit report, CARB said it was confident that it would meet its 2030 goal of reducing GHG emissions by 40% below 1990 levels.

To ensure our goals are met, CARB is implementing measures that support the transition to zero-emission mobile and other sources at unprecedented scope and scale.

The report from California State Auditor Elaine Howle is the latest to highlight alleged inefficiencies among California’s various departments.

The report said the agency was slow to react to warnings of an increase in fraudulent claims, saying this inaction cost the state billions as criminals exposed weaknesses in the system.