British health giant Bupa has appointed an independent auditor to check that it has not been underpaying its 22,000 employees in Australia.

Bupa, which is Australia's second-largest health insurer behind Medibank with a 26 per cent market share, described the move as precautionary.

"Bupa is undertaking a review to check our adherence to the awards and enterprise agreements covering our employees to see if there are any issues," said a company spokesperson. 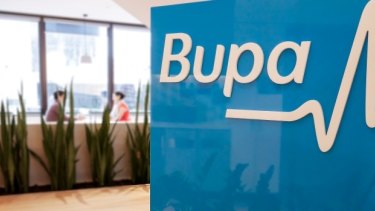 Bupa has launched an independent audit of its compliance with pay awards covering its 22,000 employees.

"We are now working diligently to establish the facts and have formed a dedicated team to audit our business quickly and efficiently."

The company confirmed to The Sydney Morning Herald and The Age that an external party has been appointed and there is no current deadline for its completion.

The issue of staff underpayments has grabbed the headlines over recent months with celebrity chefs like George Calombaris and major employers like Coles and Woolworths owning up to short-paying staff.

Woolworths is believed to be the largest case of wage underpayments – admitting it failed to pay around 5700 workers up to $300 million.

Bupa first revealed it was looking into the issue in financial accounts lodged with the corporate regulator this week.

The company said the review "is intended to give assurance that employee pay and benefits are in line with the relevant industrial instrument."

The financial accounts gave no indication of any financial impact on the company, which reported that its net profit plunged 34 per cent to $294.5 million for the financial year ending December 31.

"The outcomes from this review, including any financial impact to the company, are as yet unknown, however a robust and objective process is being implemented," said the financial report.

The company instigated a round of cost cutting in September last year in response to the health insurance industry's struggles with retaining the young healthy customers which are needed to keep the sector viable.

Official data released by the Australian Prudential Regulation Authority last month showed that 46,969 fewer people aged between 20 and 34 had hospital cover in December, compared with a year earlier.

Health funds are preparing to hike premiums by an average of 2.92 per cent in April and are demanding government assistance to make premiums more affordable.

APRA executive board member Geoff Summerhayes warned last month that the industry’s affordability crisis was “unsustainable” and that only three insurers would be viable by 2022 if current trends continued.

Bupa's aged care facilities have also been in the spotlight after the ACCC instituted proceedings in the Federal Court alleging Bupa made false or misleading representations to its aged care residents in 21 homes about services it did not provide or only partly provided.