Appliance maker Breville has said it’s not afraid to hike its prices to protect profits as the company prepares to tackle rising inflation and higher shipping costs through the new financial year.

The appliance retailer and manufacturer reported a set of record results for the 2021 financial year on Tuesday, revealing a 24.7 per cent gain in revenue to $1.2 billion and a 42.3 per cent spike in net profit gained to $91 million. 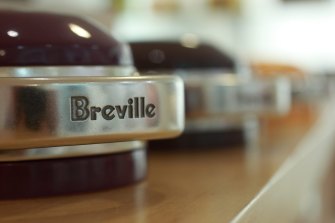 Chief executive Jim Clayton attributed the record year to continued success in the company’s international expansion into markets such as Italy and Mexico along with a general boost to sales in ranges such as coffee machines as more people worked at home.

Breville did not provide any official guidance or outlook for the start of the new financial year, but Mr Clayton warned investors of potential turbulence ahead in areas such as logistics and potential weaker sales as economies open up and shoppers shift their spending elsewhere. “We will raise prices incrementally where appropriate,” he said.

Chief financial officer Martin Nicholas agreed, saying the business would up the costs of its products where appropriate in order to protect margins, calling out the increasing cost of shipping containers currently, caused by a COVID-induced global squeeze on supply chains.

“Cost pressures continue to surprise me, especially on container costs,” he said. “It seems at the moment to hold no bounds as to where they will go to. So we will be definitely looking to recover that through price.”

“Whether that will exactly balance out those cost pressures…will depend on how long they last for.”

Shares in Breville, which is majority-owned by billionaire retailer Solomon Lew, fell by as much as 8 per cent following the release of the company’s results as shareholders reacted to the weaker outlook.

Investors may have also been put off by Breville’s choice to slash its overall dividend by 35.4 per cent to 26.5 cents per share for the year, which Mr Clayton said was due to the company’s focus on reinvesting earnings into internal growth.

Breville’s working capital remained flat for the year at $160 million despite stronger sales growth, with the retailer saying it was about $80 million below target due to lower inventory levels. 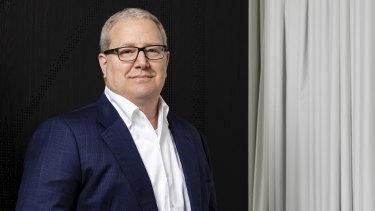 Breville also announced a reshuffle of its board, with longstanding chairman Steven Fisher stepping down after 17 years with the business. Tim Antonie, a current non-executive director and a member of Mr Lew’s Premier Investments board will step into the chairman role. Mr Clayton will also join the board as managing director and CEO.