Home » World News » ‘Bizarre’: Prince Andrew still lives with Sarah in £30m home – but he could soon lose it

‘Bizarre’: Prince Andrew still lives with Sarah in £30m home – but he could soon lose it

The Royal Lodge has been Andrew and Sarah’s home since 2004. The former couple remain on good terms and have lived in the property together for years despite divorcing in 1996 and separating even earlier – in 1992. But the 30-room mansion could be taken from Andrew soon.

The Royal Lodge has always been Andrew’s sanctuary – the Prince even stayed there during the Queen’s Platinum Jubilee weekend celebrations earlier this month because he contracted Covid.

The Lodge reportedly has 30 rooms and 21 secluded areas, as well as a huge garden.

This extends into Windsor Great Park, which Andrew has previously said is “spectacular when the rhododendrons bloom”. 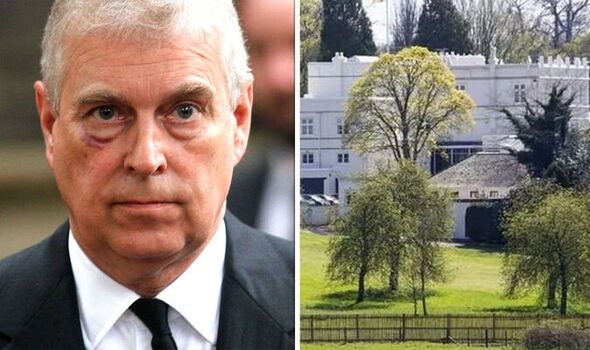 Worth at least £30million, according to reports, the property’s main rooms include a gothic drawing-room and a grand saloon.

The saloon has sage green panelling, soaring ceilings, an oil painting depicting the surrounding park, and a huge Persian carpet.

In one of the corridors stands a sword which, according to Andrew, Princess Beatrice accidentally cut Ed Sheeran’s face with while she pretended to knight the singer James Blunt.

Both Beatrice and Eugenie stayed in the Lodge with their parents for a while before getting married to their respective parents and having children.

Another stunning room in the property is the study, where Princess Elizabeth and her father, King George VI, were photographed inside in 1942.

At the time, it had a huge oak desk, large windows framed by thick curtains, wide window sills, plenty of chairs, and a plant that looked like tree branches adorned with tiny flowers.

Every surface of the Lodge reportedly features expensive floral displays and, interestingly, many framed photographs of Sarah.

The Duchess of York has given royal fans glimpses of the house since the beginning of the pandemic, mainly through Zoom calls. 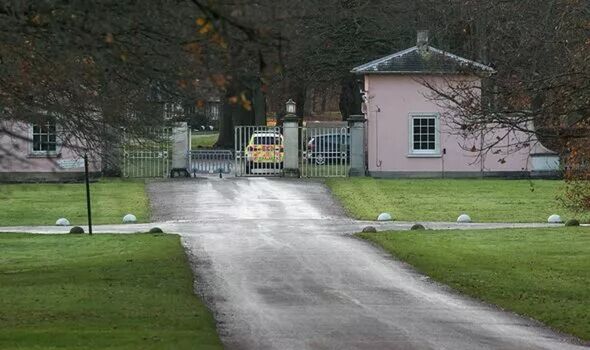 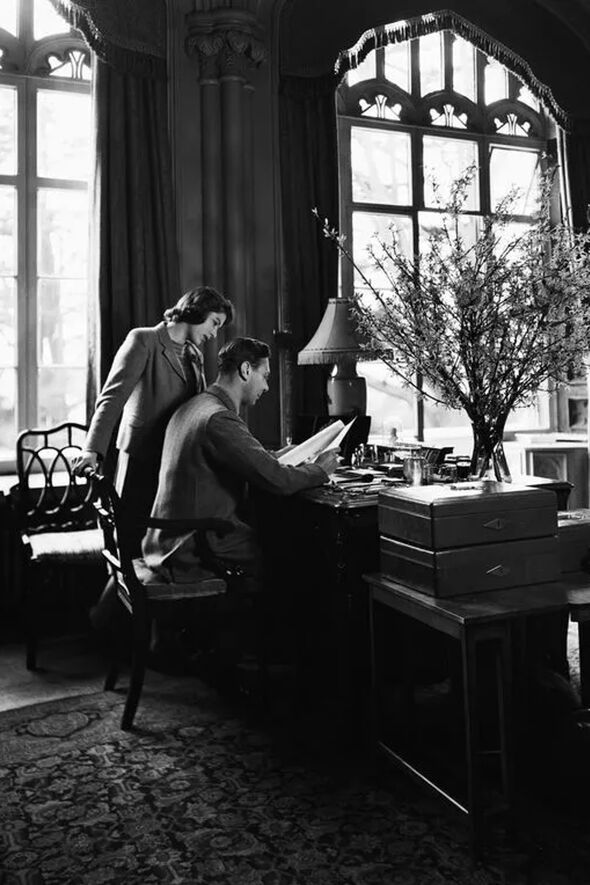 Her calls always seemed to be filmed in a conservatory with windows spanning the width of the room.

In 2020, Sarah shared a photo on Instagram revealing a part of the room that consisted of a charcoal drinks cabinet filled with glasses, while the top of it was lined with large candles.

Although the mother-of-two has shared in the past that she and Andrew remain friends, some experts have commented on how strange they believe the former couple’s situation is.

Royal author Penny Junor said: “Who knows what the relationship really is. It seems utterly bizarre.”

Speaking to the Guardian, Penny added: “She [Sarah] has not just stood silently by his side. She actually speaks out in favour of him.”

Appearing on Loose Women in August 2021, Fergie confessed: “Andrew and I remain steadfast, in the past we’ve been co-parenting and now we’re co-grandparenting.”

However, Andrew could soon be forced to leave the Lodge, according to royal experts.

Speaking to True Royalty TV’s Royal Beat, Newsweek Royal Correspondent Jack Royston said: “When the Queen is no longer here, Charles will not have any truck with Andrew attempting a comeback.

Royal expert Ingrid Seward added: “He will be financially secure but I will be very surprised if he kept Royal Lodge.”