Bill Gates opens up to Anderson Cooper about his divorce

New York (CNN Business)Years before Microsoft’s board investigated a romantic relationship that founder Bill Gates had with an employee, Gates was told by fellow executives to stop inappropriately emailing with a different employee, Microsoft (MSFT) confirmed on Monday.

In 2008, when Gates was still a Microsoft (MSFT) employee and chairman of the board, executives discovered emails sent a year earlier between him and a mid-level female employee in which he asked her to meet outside of work, according to a report from the Wall Street Journal Monday citing people familiar with the matter. At the time, then-general counsel Brad Smith and then-chief people officer Lisa Brummel met with Gates to tell him the behavior was inappropriate and should stop, and Gates agreed, the Journal reported.
Microsoft confirmed the Journal’s report to CNN Business but declined to comment. Microsoft spokesperson Frank Shaw told the Journal that “while flirtatious, [the emails] were not overtly sexual, but were deemed to be inappropriate,” and that the employee never made a complaint about the incident.

A spokeswoman for Gates, Bridgitt Arnold, denied the claims in a written statement to the Journal. “These claims are false, recycled rumors from sources who have no direct knowledge, and in some cases have significant conflicts of interest,” she said. Representatives for Gates’ did not respond to multiple requests for comment from CNN Business. 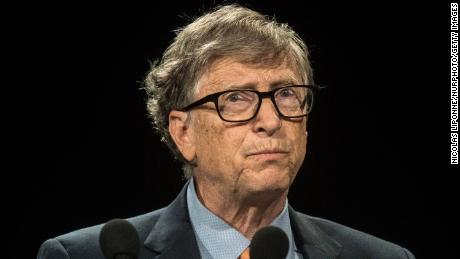 Gates, one of the richest people in the world, was Microsoft’s chief executive until 2000. He left day-to-day duties at the company in 2008 and served as chairman until 2014. In March 2020, Gates gave up his seat on Microsoft’s board, saying he wanted to dedicate more time to philanthropy.

Monday’s report follows other allegations of inappropriate workplace behavior by Gates when he worked at Microsoft, which surfaced earlier this year amid his divorce from his wife of 27 years, Melinda French Gates. (CNN has not independently confirmed all of the allegations.)
In May, the Journal reported that Gates’ 2020 resignation from Microsoft’s board of directors came after the board hired a law firm to investigate a romantic relationship he’d had years earlier with a Microsoft employee.

“Microsoft received a concern in the latter half of 2019 that Bill Gates sought to initiate an intimate relationship with a company employee in the year 2000,” a Microsoft spokesperson confirmed to CNN Business in May. “A committee of the Board reviewed the concern, aided by an outside law firm, to conduct a thorough investigation. Throughout the investigation, Microsoft provided extensive support to the employee who raised the concern.”
A spokesperson for Gates called the 2000 relationship “an affair almost 20 years ago which ended amicably,” in a statement to the Journal at the time and said the company’s investigation was unrelated to Gates’ decision to leave the board.
Source: Read Full Article