Biden says Hunter's 'back' after extended battle with substance abuse

President Joe Biden revealed Sunday that his son Hunter’s upcoming book gave him hope that his “boy’s back” after an extended battle with substance abuse.

The president became emotional in an interview with CBS News that is scheduled to air ahead of the Super Bowl on Sunday when the conversation turned to Hunter’s forthcoming memoir.

“The honesty with which he stepped forward and talked about the problem. And the hope that — it gave me hope reading it,” Biden said.

Hunter Biden, 51, plans to publish his memoir titled “Beautiful Things” on April 6 through Gallery Books, an imprint of Simon & Schuster.

The book was acquired in the fall of 2019, the Associated Press reports and will focus on Hunter’s public struggles with substance abuse that date back to his 2014 discharge from the Navy Reserve due to a positive cocaine test. His finances are currently under Department of Justice investigation. 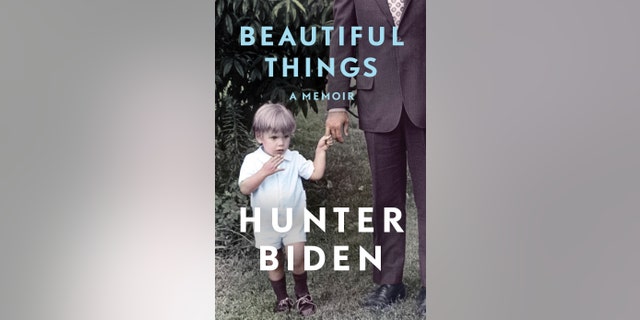 This cover image released by Gallery Books shows "Beautiful Things" a memoir by Hunter Biden. Biden, son of President Joe Biden and an ongoing target for conservatives, has a memoir coming out April 6.
(AP)

Biden said his son’s story is more common than many believe.

‘You know, I’ll bet there’s not a family you know that doesn’t have somebody in the family that had a drug problem or an alcohol problem,’ he told Norah O’Donnell.

In a snippet released by Gallery, the younger Biden writes in his book, “I come from a family forged by tragedies and bound by a remarkable, unbreakable love.”

Sources tell the Daily Mail that Hunter likely received an advance as high as $2 million and could earn millions more if he allows his life story to be filmed.