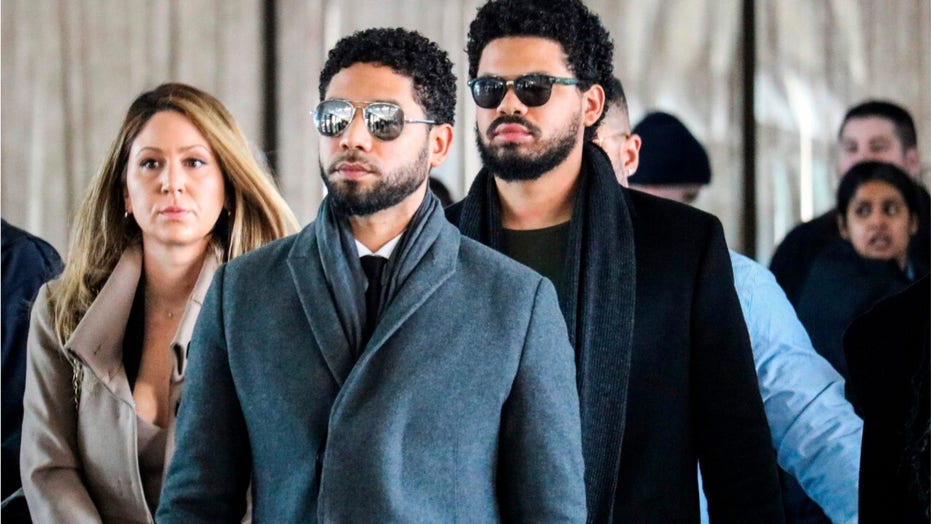 Jussie Smollett, the former ‘Empire’ actor who was famously accused of staging a racist, homophobic attack against himself, expressed his frustration at not being able to speak out in a rare new interview.

Kristen Clarke, President Biden’s choice to lead the Department of Justice’s civil rights unit, pushed the debunked hate crime allegations made by actor Jussie Smollett in 2019 and criticized police online as they handled the case.

During the investigation of Smollett’s hate crime claims, Clarke took to Twitter to chastise the Chicago PD when Smollett refused to turn over his cellphone for the investigation, calling it a “BAD move.”

“To be clear — This is a BAD move by the Chicago Police Department. This is NOT how you treat survivors of a hate crime,” wrote the future Biden nominee.

“Stop demonizing survivors and casting doubt on their claims if you want communities to trust that you will take [hate crime] seriously.”

Biden’s nominee to run the civil rights unit at the DOJ also tweeted the day of the alleged attack — Jan. 29, 2019 — signaling her support for the former “Empire” star, saying he had been “subjected to a racist and homophobic attack.”

She claimed in the tweet that “2 white men wearing ski masks attacked him, put a rope around his neck and poured bleach on him” in addition to shouting “slurs” at him.

The White House did not immediately respond to Fox News’ request for comment on Clarke’s previous tweets.

“Prayers to [Smollett] for a speedy recovery from this hate crime,” Clarke wrote, sharing a link to an article about the attack.

Clarke also published a tweet in late February in defense of Cook County State Attorney Kim Foxx, who controversially oversaw the Smollett case. The tweet also included a link to an opinion piece from Paul Butler entitled The Real Target of the Jussie Smollett Charges Is a Progressive Prosecutor.

“Prosecutors use their discretion every day,” wrote Clarke. “But when a duly elected Black prosecutor, Kim Foxx, uses her discretion to move on from the Jussie Smolett matter, it’s a different story. A special prosecutor is brought in to undermine her power.”

Smollett had told police in January 2019 he was assaulted by two unidentified men — later determined by investigators to be brothers Abimbola and Olabinjo Osundairo — who yelled “racial and homophobic slurs” at the actor.

The actor also alleged that the two men who assaulted him yelled “this is MAGA country” and poured an “unknown substance” on him while tying a rope around his neck.

A subsequent investigation into Smollett’s claims revealed that the actor’s claims had not been true. Smollett turned himself into police after being charged with a felony and his character was later removed from the last two episodes of the then-currentl season “Empire.”

Smollett was later indicted on 16 felony counts for the attack allegations in 2019 but the Cook County State Attorney’s Office declined to prosecute. The former “Mighty Ducks” star was later indicted by a grand jury on six counts of allegedly lying to police.

Smollett maintains that he is innocent and has pleaded not guilty.