The Department of Education appointed the president of the National School Boards Association (NSBA) to a federal board overseeing student progress, despite a controversial letter the organization sent urging the Biden administration to investigate opposition to school boards.

The NAEP, according to its website, was first administered in 1969 and “is the largest continuing and nationally representative assessment of what our nation’s students know and can do in subjects such as mathematics, reading, science, and writing.”

Opponents of the academic doctrine known as Critical Race Theory protest outside of the Loudoun County School Board headquarters, in Ashburn, Virginia, June 22, 2021.
(REUTERS/Evelyn Hockstein)

Garcia signed the Sept. 29 letter asking the Biden administration to review threats and violence against education administrators and schools to determine if they violate the Patriot Act and hate crime laws. The letter came amid clashes between angry parents and educators over COVID-19 policies and critical race theory being taught in classrooms.

The letter went on to address hostilities toward school boards as possible acts of “domestic terrorism,” claiming there had been an increase in “acts of malice, violence and threats against public school officials.”

The NSBA, which represents more than 90,000 school board members, was in talks with White House officials for several weeks before sending its letter, according to emails obtained by the Washington Free Beacon and later released by Parents Defending Education (PDE). 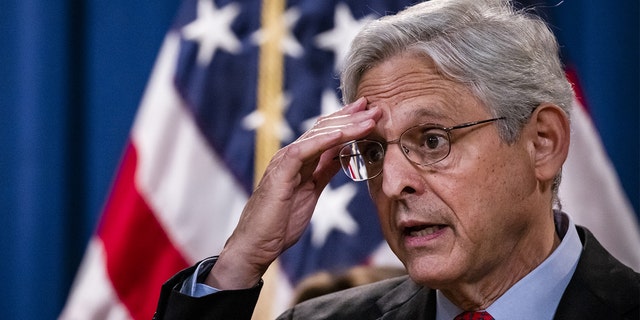 Merrick Garland, U.S. attorney general, speaks during a news conference at the Department of Justice in Washington, D.C., on Thursday, Sept. 9, 2021.
(Samuel Corum/Bloomberg via Getty Images)

“These are troubling times. NSBA has been engaged with the White House and the Department of Education on these and other issues related to the pandemic for several weeks now,” Garcia wrote in one of the emails. 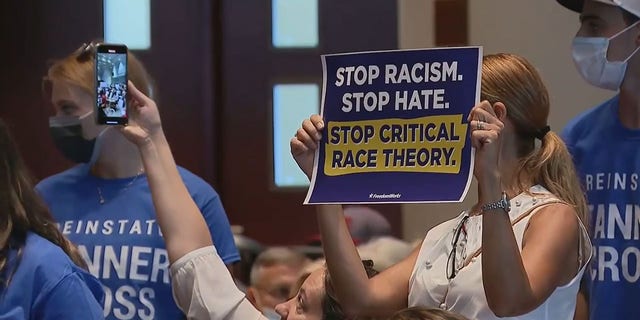 The NSBA on Friday issued an apology for some of the wording in the letter, writing in part: “On behalf of NSBA, we regret and apologize for the letter.”

The NSBA went on to note that “there was no justification for some of the language included in the letter.”

The letter has since prompted congressional Republicans to call for the resignation of Attorney General Merrick Garland, who has attempted to distance himself from some of the letter’s language.

“The entire basis for Biden’s DOJ to treat parents as ‘domestic terrorists’ has been dismantled after the NSBA said they ‘regret and apologize’ for the letter,” tweeted House Minority Leader Kevin McCarthy, R-Calif.