Mining giant BHP has made a new pledge to conserve or rehabilitate 30 per cent of the land it owns or manages around the globe by 2030 and gain greater feedback from Indigenous groups as part of a strategy designed to strengthen its “social value” credentials.

Melbourne-based BHP, the world’s biggest miner, has about 6 million hectares of land and water under its control, of which 2 per cent is directly impacted by mining operations while the rest is mostly retained as exploration tenements or leased for pastoral use. 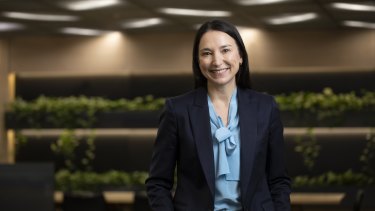 The company’s previous commitment has been no “net loss” of biodiversity and no major environmental disturbance events, but BHP chief legal, governance and external affairs officer Caroline Cox told investors on Tuesday night it would now enshrine a new goal to create “nature-positive” outcomes.

Cox said the goal would apply to 30 per cent of the land under its stewardship – equivalent to roughly half the size of Switzerland – by the end of the decade and would include partnerships with communities and traditional owners for conservation, land-management and restoration.

“Scientists tell us that to halt and reverse species loss and protect vital ecosystems that are the foundation of our economic security, we need to put nature on the road to recovery in the coming decade,” she said.

“This includes to protect at least 30 per cent of the world’s land and ocean by 2030, and almost 100 countries around the world have already committed to this 30 by 30 challenge.”

In 2015, BHP’s Samarco joint venture was responsible for one of Brazil’s worst environmental disasters, when the collapse of a tailings dam killed 19 people and poured millions of tonnes of mine waste into the local river system. BHP is continuing to invest in compensation and remediation works.

The company’s new “nature positive” push comes as global miners – whose emissions-intensive operations are big contributors to climate change and leave scars on natural landscapes – face intensifying pressure from their shareholders and wider society to do more to mitigate their heavy impact.

The industry has also been facing greater scrutiny over its treatment of traditional landowners in Australia and around the world following Rio Tinto’s destruction of culturally significant Aboriginal rock shelters at Western Australia’s Juukan Gorge in 2020.

In its investor briefing on Tuesday evening, BHP acknowledged it had made mistakes in the past and was determined to do better. As part of a new framework directing BHP’s approach to “social value” issues including decarbonisation, environment and communities, Cox said the company would introduce a new process for traditional owners to rate how satisfied they were with their relationship with the company, and would publish the results each year.

“The more we listen and learn, the more we understand how we could have acted differently,” she said.

“To measure our performance, we will disclose relationship health as assessed by Indigenous partners – not a simple self-assessment – as well as our progress against co-created plans.”

BHP said progress towards its social value targets would be included in its annual reports.