CBS and Viacom in final stages of all-stock merger

Sumner Redstone’s final home before his passing is now up for sale at a whopping $27.9 million — controversial ex-girlfriends not included.

The late media mogul, who died last year at the age of 97 following years of illness and isolation, spent the last few moments of his life embattled in controversy surrounding his will.

In 2015, at the start of his health decline, Redstone had initiated his two longtime female companions — Sydney Holland, 48, and Manuela Herzer, 55 — to be the principal beneficiaries of his personal estate — grossing them around $75 million each.

Redstone acknowledged his ongoing worries about his wishes for Herzer and Holland in a January 2015 email to his daughter Shari Redstone’s three children, later seen in court documents after his death.

“I love Manuela and Sydney very much,” he wrote. “I consider them and their children family. My sincere wish is that there is no litigation — between anyone. I ask you to honor this wish.” He signed off, “Love, Grumpy.”

But those wishes were short-lived. One year later, he sued his exes for alleged elder abuse, piling the accusations onto a tangle of legal claims that threatened to unspool his $40 billion media empire.

Having formerly been the executive chairman of both CBS and Viacom, in February 2016 Redstone resigned both chairmanships following a court-ordered examination by a geriatric psychiatrist.

By 2018, his condition allegedly worsened and in another court-revealed email his granddaughter, Keryn Redstone, referred to him as a “ghost” who was “incapable of understanding anything that is happening, or that has been happening around him.”

One year before his death, Redstone and his family settled with Herzer.

Herzer agreed to pay back $3.25 million of the $75 million worth of gifts she had received from Redstone. Those gifts included $45 million from vested restricted stock options, a $1.8 million home, more than $9 million in home repairs and millions in shopping sprees. The wide-ranging agreement ends all litigation between the two sides, who have been battling in the courts since the fall of 2015 when Redstone kicked Herzer out of his Beverly Hills mansion, replaced her as his health-care agent, and wrote her out of his estate planning.

The five-bedroom, nine-bathroom Beverly Hills estate hit the market on April 16. Redstone had purchased the sprawling property for $14.5 million in 2002, property records show.

Amenities include an indoor pool, gym, theater, game room, a library/office and his and her master baths. Expansive terraces wrap around the second level so that it flows out from each bedroom. The large terrace in the master provides a private staircase that leads to the spa and gardens.

Outdoor features include a sunken tennis court overlooked by an arbor-covered loggia, and an infinity pool that spans the edge of the enormous back lawn. 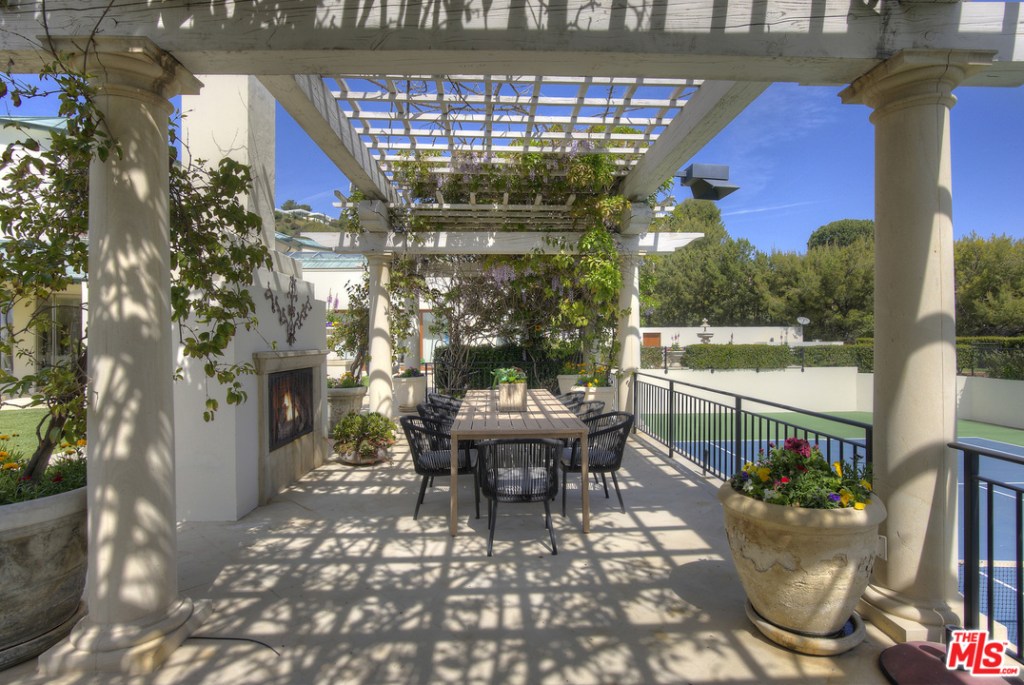 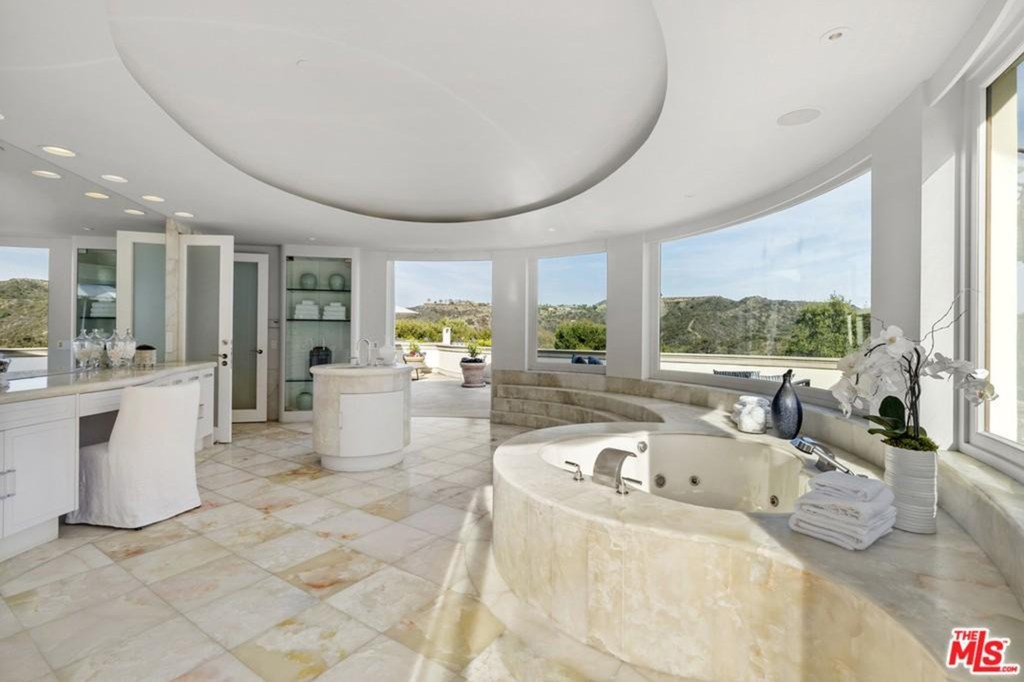 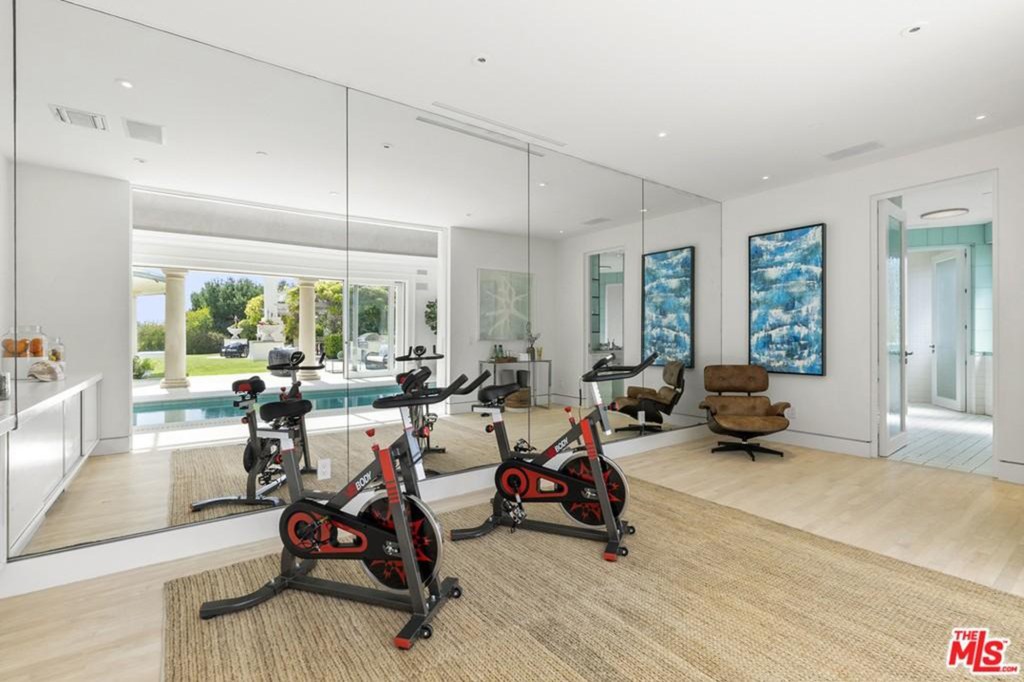