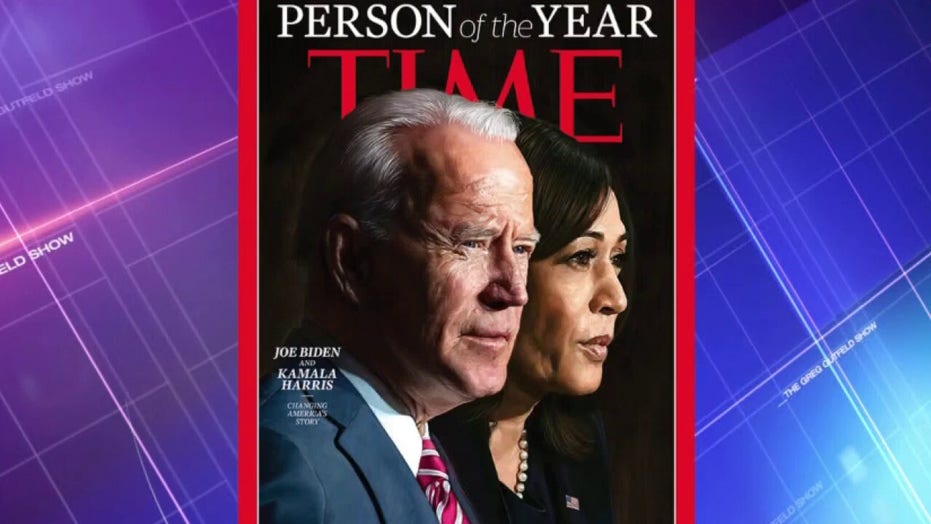 The history of Hanukkah cannot be reduced to fit the "leftist social justice warrior nonsense" of the Democratic agenda, Ben Shapiro said Wednesday in response to a holiday message from Vice President-elect Kamala Harris.

In a video released last week, Harris' husband Doug Emhoff quizzes the senator from California about the meaning of the holiday as the couple prepares to light a menorah.

"I love Hannukah because it really is about the light and bringing light where there is darkness, and there is so much work to be done in the world to bring light and it is a celebration of Tikun Olam … fighting for justice and fighting for the dignity of all people," Harris says at one point.

"There are not a lot of high-profile people in the Biden team who are Jewish, and so Kamala Harris' husband happens to be ethnically Jewish … I wouldn't take him as your authoritative source on what Judaism thinks, but in order to promote the idea of solidarity with the Jewish community they put out this video," began Shapiro, an outspoken Orthodox Jew.

"And listen, I'm fine with solidarity …," he said,  "but if we are talking about the true meaning of Hanukkah versus a watered-down, ridiculous, 'Miss Congeniality' version of Hanukkah, at a certain point I'm out."

As Harris spoke extemporaneously on about the Jewish holiday, the "Ben Shapiro Show" host buried his face in his hands before yelling to his crew, "Oh God, OK, stop this crap."

"I don't know what special authority Kamala Harris has to talk about Hanukkah at all. That is like me questioning my wife, a Jew born in Israel, about her views on Christmas," Shapiro said.

"She's struggling with this answer in the same way that she struggled with the answer to 'Why did you call Joe Biden a racist and then run with him?' And so she's like 'Lighty McLight light, you see right here I have a menorah and you know what we do with that, we light it,'" he mocked. "'It's filled with light and it brings light, with light, and it's about bringing light to darkness.'"

According to Shapiro, the vice president-elect's "cloying, annoying, ridiculous" response is in keeping with the recent watering-down of the Jewish holiday into a commercialized "low-rent Christmas."

"You light up some lights, everybody's happy, you sing some songs about a dreidel, and then you give some presents … that is not what Hanukkah is about at all," he explained.

"If you actually read the history of Hanukkah, like read the book of Maccabees for example, it is about a bloody war between Jews who wish to practice their religion free of the Hellenizing influence of Greece and a group of Hellenized Jews who wish to act in concert with the Greeks who shut down religious practice," Shapiro continued.

"In many ways, it is a battle between religion and paganism and secularism. That is kind of what Hanukkah comes down to … specifically, it's about bringing the temple back into practice, specifically about the fulfillment of religious duty.

"But," Shapiro said, Harris "ain't gonna talk about that one because that ain't with the Democratic agenda."

Shapiro took particular issue with Harris' mention of Tikun Olam, a kabbalistic term that translates literally to mean the "reparation of the world" through the observance of 613 commandments in the Torah in order to rectify the breaches sustained shortly after "God created the universe," Shapiro explained.

The term has since morphed into "nonsense pushed by the left in which they reinterpret the phrase to mean a bunch of leftist social justice warrior nonsense," he said. "That's why she's happy with this, because this is a rewriting of Judaism into a bunch of leftist claptrap."

Shapiro continued, "If you want to ignore the entire message of the holiday, then go with this. So what we learned in this video from Kamala Harris is that Hannukah, a holiday that I actually celebrate, apparently is … basically, it's like … Earth Day."

Harris also overlooked the "bloody civil war" which lead to the establishment of religious sovereignty, religious observance and freedom to worship, in favor of "vague bizarre notions of Tikun Olam, and joy and light and getting together," he said.

"This is the watered-down version of Hanukkah brought to you by people who really are not super fond of religious practice, religious worship, and this is kind of what so many folks on the left actually want religion to be," Shapiro concluded before adding, "thank you for that meaningful tribute to my religion that I take rather seriously, [from] people who do not take my religion particularly seriously."