(CNN Business)Beijing has summoned Britain’s ambassador to China over an article she wrote on press freedom, escalating a bitter row between the two countries that has spilled over to the media industry.

On Tuesday, China’s Ministry of Foreign Affairs spoke to Ambassador Caroline Wilson and lodged a formal complaint with her against a post she published last week on WeChat, the popular Chinese social media network.
In the piece, Wilson argued that “foreign media in China are being misrepresented, which obscures their positive role.”

“Foreign media criticism of the Chinese authorities does not mean that they dislike China,” she wrote. “On the contrary, I believe they act in good faith and play an active role as watchdogs of government actions, ensuring that people have access to accurate information and protecting those who do not have a voice.”

Tensions between the United Kingdom and China have been growing in recent months over a series of issues, including the political future of Hong Kong and human rights in Xinjiang. The various disputes have already ensnared some businesses, including Chinese tech firm Huawei and British bank HSBC (HBCYF). Regulators in both countries have also banned each other’s most prominent media outlets.

Last month, UK regulator Ofcom yanked state broadcaster China Global Television Network, or CGTN, from British airwaves, saying that the channel’s license holder did not have “editorial responsibility” for its output. Officials also said CGTN could not transfer its license to a new entity because it would ultimately still be controlled by the Chinese Communist Party. 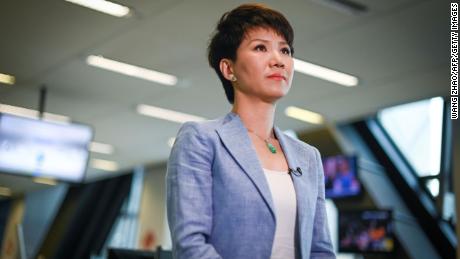 A week later, China’s National Radio and Television Administration (NRTA) banned BBC World News, claiming that the network had broadcast reports on China that “infringed the principles of truthfulness and impartiality in journalism.”
In her WeChat post, WIlson added that local news organizations in China often face tougher conditions than foreign ones.
“Unlike foreign media, Chinese media can only report critically under the conditions allowed by the government,” she wrote.
The article angered Chinese officials, who called Wilson’s post “inappropriate.”
In a statement Tuesday, the head of the department of European affairs at China’s foreign ministry said that Wilson was “complaining [on behalf of] individual foreign media outlets sanctioned for false news and inaccurate reports, deliberately confusing news defamation with news monitoring, and being ‘selectively blind’ to the foreign side’s crackdown on Chinese media.” 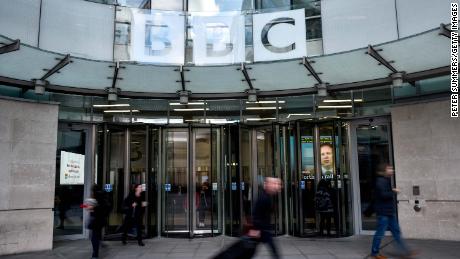 During their meeting, the Chinese official “stressed that the Chinese government and people never oppose foreign media, but those who produce fake news and viciously attack China, the Chinese Communist Party and the Chinese system under the banner of ‘freedom of the press’ and ‘freedom of expression,'” according to the Chinese Foreign Ministry statement.
The ministry said that Wilson’s article had spread “widespread discontent among the Chinese public and was strongly criticized.” It has since been restricted from being shared further on WeChat.
Tencent (TCEHY), the Chinese tech giant that runs the messaging platform, added a notice to the post, saying it “violates” the platform’s rules. The company did not immediately respond to a request for comment on Wednesday.
Wilson doubled down on her post Tuesday.
“I stand by my article,” she said on Twitter. The American social networking service is blocked in China.
“No doubt the outgoing Chinese Ambassador to the UK stands by the 170+ pieces he was free to place in mainstream British media,” Wilson added, referring to Liu Xiaoming, China’s longtime envoy to Britain.

I stand by my article. No doubt the outgoing Chinese Ambassador to the UK stands by the 170+ pieces he was free to place in mainstream British media. https://t.co/AgkynfJM36

“The UK is committed to media freedom, and to championing democracy and human rights around the world. We will always defend media freedom and the right of journalists to do their job,” a spokesperson for the UK’s Foreign, Commonwealth and Development Office said in a statement. The British embassy in Beijing declined to comment beyond Wilson’s remarks.
In another swipe Wednesday, Chinese Foreign Ministry spokesperson Zhao Lijian called Wilson’s piece “an intervention in China’s internal affairs, [which] reflects her consistent double standards and deep-rooted ideological bias.”

Chinese authorities have often criticized the portrayal of the country in Western media outlets, but its focus on the BBC has been particularly sharp in recent months. Beijing has repeatedly expressed frustration with the outlet’s reporting on China’s crackdown on Uyghur and other ethnic Muslim minorities in Xinjiang.
Before CGTN was banned in the United Kingdom, Chinese state media unleashed numerous attacks on the BBC for what it called “malicious” reporting on the human rights issue in Xinjiang. The BBC has defended its reporting. 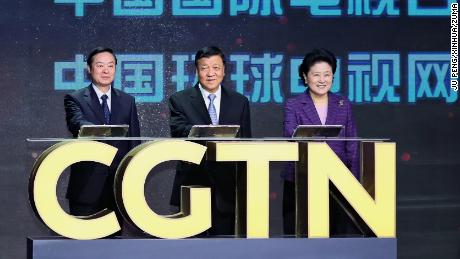 A few weeks after the United Kingdom revoked CGTN’s broadcasting license, CGTN posted a video titled: “Why is BBC making fake news against China?” referring to the British network’s coverage of Hong Kong and Xinjiang.

Ofcom also slapped CGTN on Monday with a £125,000 ($173,000) fine over several programs that it aired in 2019 on the Hong Kong protests. The agency had previously ruled that CGTN repeatedly breached impartiality standards with its coverage of the demonstrations.
The agency also announced a £100,000 ($139,000) penalty for the airing of the confession of a British citizen who was arrested in China in 2013. The man, Peter Humphrey, said his confession was forced.
Source: Read Full Article