Jaeson Jones, a former captain in the Texas Department of Public Safety’s intelligence and counter-terror division, said Wednesday “it’s time” for the federal government to focus more on the escalating cartel violence, and the rapidly intensifying smuggling operations they oversee.

Jones told “Tucker Carlson Tonight” that he regularly witnesses, either by sight or sound, heavy-arms gun battles in the Mexican city of Miguel Aleman, Tamaulipas, across the Rio Grande from Roma, Texas.

He played a clip for Carlson of a battle that ensued around breakfast time on a recent day. The sound of weapons from small arms to grenade launchers could be heard from atop a bluff on the American side.

“That community has been in battle between two cartels for the last two years: Cartel del Golfo — The Gulf Cartel — and Cartel del Noreste — known as Los Zetas by many people,” Jones said.

Carlson noted that President Biden recently focused military power on ordering airstikes in Syria, while departing from the Trump administration’s practice of drawing down U.S. troops’ presence in the Middle East. 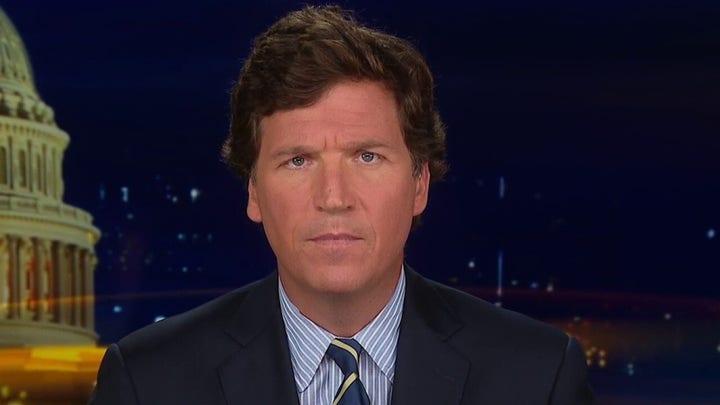 “Apparently the new president has moved additional U.S. Troops to Syria and is resisting pulling American troops out of Afghanistan. Do you see American troops on our border as the war rages right across the river?” he asked Jones.

“I do, and it’s time,” the former lawman responded.

“We need to do a lot more in that arena. The cartels are not just a U.S.-Mexico problem I think the way most people see them. They have gone through massive changes.”

Jones said the Sinaloa cartel — infamously run for many years by kingpin Joaquin “El Chapo” Guzman-Loera — is in as many as 54 countries, and that the fact the cartels are now using military-grade weapons against their enemies and terrorizing Mexican civilians is more reason the U.S. government should designate them as ‘foreign terrorist organizations’.

“That doesn’t mean we go to war with the cartels but what it does mean is that we use the tools of national power to finally focus on them,” he added.

Carlson said the cartels have successfully held the Mexican Army at bay, and are therefore sophisticated enough to exist at a high operational level.

Before introducing Jones, Carlson also remarked that Biden essentially told a recent interviewer that illegal immigrants should not “come yet” but that they should wait until his Homeland Security department sets up processes to make their entrance to the United States easier.

“We will spend whatever it takes to make the whole process easier for you so that more people from your country can move to our country entirely at our expense. That’s our promise to the world and we hate ourselves enough that you know we mean it,” said Carlson in summary.

“Has any country ever promised something like this to the world? Can any country survive once it has? Joe Biden hasn’t thought about that. He doesn’t care. None of them care. All they know is that the Democratic Party will never lose again once they pull this off, and that’s all that matters to them.”