Article of impeachment against Trump to be introduced Monday in House 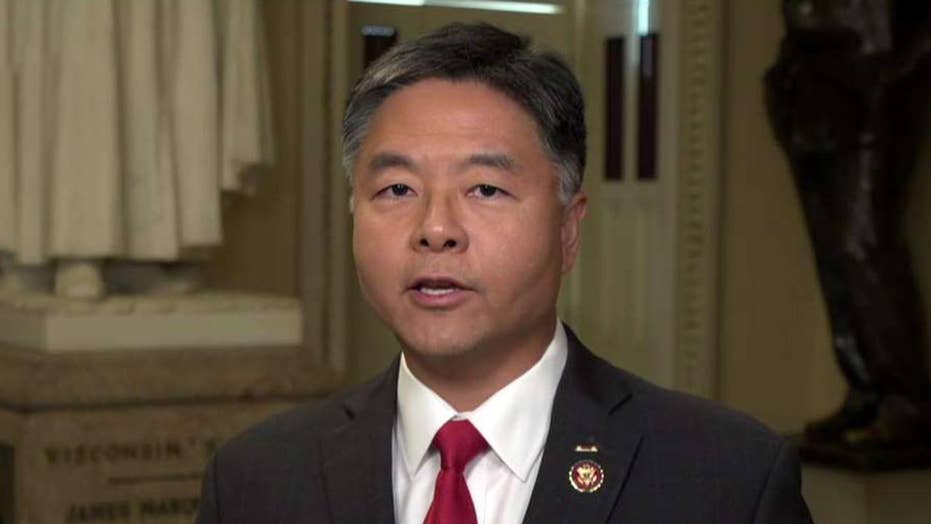 The House has reached 185 co-sponsors for an article of impeachment against President Trump, and the chamber plans to introduce the measure Monday, the office of Rep. David Cicilline, D-R.I., told Fox News Saturday.

That's the vast majority of the 222-person Democratic caucus in the House.

House Speaker Nancy Pelosi, D-Calif., and other Democrats have called on Vice President Mike Pence to invoke the 25th Amendment to remove Trump from office, or for the president to resign.

"It is the hope of members that the president will immediately resign," Pelosi said in a statement Saturday after an hours-long phone call with Democrats on impeachment. "But if he does not, I have instructed the Rules Committee to be prepared."

It’s unlikely that impeachment would make it through both the House and the Senate by Jan. 20, when President-elect Biden is inaugurated.

Rep. Adam Kinzinger, R-Ill., has called for Trump to be removed through the 25th Amendment, the first GOP member of the House to publicly do so. Meanwhile, frequent Trump critic Sen. Ben Sasse, R-Neb., has said he would "definitely consider" impeachment articles if they were brought forth.

Sen. Lisa Murkowski, R-Alaska, became the first Republican to call on the president to resign Friday, and said Trump’s leadership of the GOP leaves her questioning whether to remain in the party.

"I want him to resign. I want him out. He has caused enough damage," Murkowski said in an interview with the Anchorage Daily News.

"I think he should leave. He said he’s not going to show up. He’s not going to appear at the inauguration. He hasn’t been focused on what is going on with COVID," she said.