Jacobs, who also serves as the Nassau County Democratic leader, said he’s had it with AOC and other left-wingers lecturing Democrats who have to fight to compete and win races in purple districts in Long Island and upstate.

“AOC has no standing on how to run a general election in the suburbs and upstate. AOC is in a district that’s 6-1 Democrat and she couldn’t find a Republican in her district with binoculars,” Jacobs told The Post.

“I invite AOC to come to Long Island and stand for election in one of our districts. You’ll see different results,” Jacobs said.

Ocasio-Cortez, who represents portions of The Bronx and Queens in the 14th congressional district, easily won re-election to a second term over Republican challenger John Cummings last week. 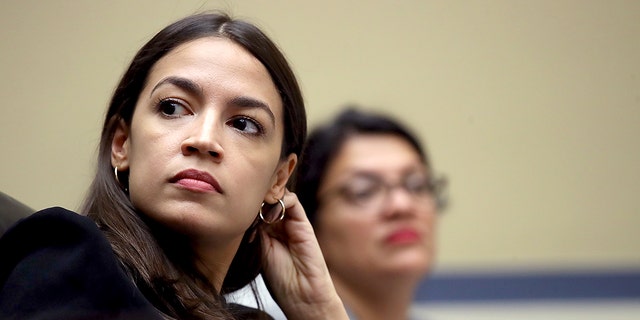 Jacobs said Democrats wouldn’t have secured control of the state Senate in 2018 without winning battleground suburban and upstate districts. Progressive laws such as controversial bail reform would not have occurred without them, he said.

The Democratic in-fighting comes as the party surprisingly lost House seats even though former Vice President Joe Biden defeated President Trump in the race for the White House at the top of the ticket.

In New York, Republicans were leading Democratic incumbents and others running in vacant seats in the machine count for congressional races on Long Island and Staten Island and about a half dozen state senate races. But about 1.5 million absentee ballots are still being counted that could tilt the outcome.

Republicans up and down the ballot ran a law-and-order campaign in New York that attacked Democrats for approving a law that eliminate cash bail for many criminal defendants, backing the “defunding” of the police and advancing socialism. Democrats running the purple districts oppose defending police and socialism but their lefty counterparts including AOC support the latter two positions.

The state Democratic leader — who is close to Gov. Andrew Cuomo — also said the left’s mantra to advance socialism is “frightening” to suburban and upstate voters.

A spokeswoman for Ocasio-Cortez referred The Post to comments the congresswoman previously made on moderate Democrats blaming progressives for losses.

“I really believe we need to come together and not allow Republican narratives to tear us apart,” AOC said on CNN.

“It is irresponsible to pour gasoline on these delicate tensions in the party.”

Ocasio-Cortez also stood her ground on Twitter, saying what is morally right at any given time is not always popular.

‘The idea that politicians can control activist messaging doesn’t make sense. They don’t work for us,” she said on twitter Wednesday.

“Our job is to listen and develop our message, own it, win & lead. Civil rights movement didn’t poll well at the time either. MLK was disliked. Does that mean he wasn’t effective.”

“Activists don’t focus group. BLM is not the DNC. It’s a pols’ job to own their message.”

“There are folks running around on TV blaming progressivism for Dem underperformance. I was curious, so I decided to open the hood on struggling campaigns of candidates who are blaming progressive for their problems. Almost all had awful execution on digital. DURING A PANDEMIC,” AOC tweeted.

“The whole `progressivism is bad’ argument just doesn’t have any compelling evidence that I’ve seen. When it comes to `Defund’ & `Socialism’ attacks, people need to realize these are racial resentment attacks. You’re not gonna make that go away. You can make it less effective,” she wrote.