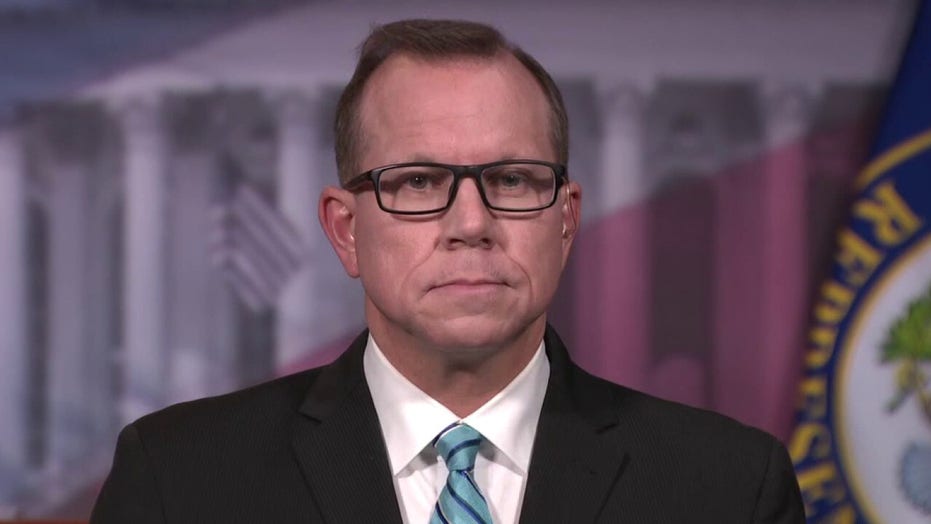 Rep. Alexandria Ocasio-Cortez blasted Sen. Joe Manchin’s maximum price tag for Democrats’ budget reconciliation bill, which Manchin believes should top out at $1.5 trillion instead of the $3.5 trillion proposed by most Democrats.

“Uhh, for one year?” Ocasio-Cortez wisecracked, laughing when asked about Manchin’s topline number. The New York Democrat argued that there were “a lot of games being played with this number” and stressed that over 10 years, $3.5 trillion is $350 billion per year.

“You know, most of the senators that just a few weeks ago authorized a seven hundred and thirty odd billion defense budget authorization for one year,” Ocasio-Cortez added. “So why is something half that size needed to be chopped down another half? So if this is really the deficit, then maybe we go after our defense spending and find our savings there instead of going after people’s child care.”

Manchin, a West Virginia Democrat, poses a large hurdle for Democrats who want to pass the massive $3.5 trillion bill. The legislation faces unanimous opposition from Republicans, meaning Democrats will again be forced to use the budget reconciliation process in an attempt to pass the bill with only a simple majority.

But with the evenly split Senate, Democrats cannot afford any defections from within the party if the bill is going to pass. Manchin and Arizona Sen. Kyrsten Sinema have both raised concerns about the bill’s price tag, causing friction in a party that has largely otherwise coalesced around the package.

The legislation’s Medicare expansion is among the biggest problem for Manchin, who has argued that the program should be stabilized before expanding it.

“We need to stabilize it,” he told reporters Friday. “By 2026, you understand, the trust fund is going to be insolvent.”