A coalition of 51 anti-war groups called on former Vice President Joe Biden to adopt a “principled foreign policy” that prioritizes diplomacy, human rights and the rebuilding of international relationships and institutions.

The demands, laid out in a Monday letter to the campaign, ask Biden to part not only with many of the policies of President Donald Trump, but also break with some aspects of former President Barack Obama’s approach to global affairs and that of many other Democrats.

“It is time to end our endless wars and adopt a new approach to international relations, one in which the U.S. abides by international law, encourages others to do the same, and utilizes our military solely for the defense of the people of our country,” the groups state.

Given the non-partisan status and varied ideological leanings of many of the letter’s signatories, the coalition also sent the missive to Trump.

The letter, which the civil libertarian group Demand Progress spearheaded, is nonetheless primarily directed at Biden. It represents the most robust effort to date by the Democratic Party’s progressive base to influence the presumptive Democratic presidential nominee’s foreign policy. 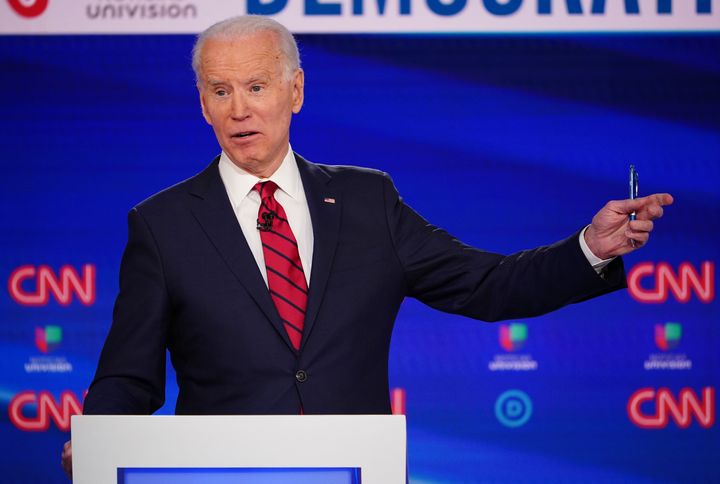 Biden “could energize a large bloc of voters by incorporating the positions in this letter into a comprehensive plan to reorient our foreign policy from one of conflict to one based on cooperation,” said Erik Sperling, executive director of the left-leaning nonprofit Just Foreign Policy. “He could engender trust by bringing in additional advisers who have a consistent track record of promoting restraint and ensure that a diversity of views are represented on his foreign policy team.”

Specifically, Demand Progress, Just Foreign Policy and their allies are asking Biden to express “support” for 10 policy ideas that range from requiring congressional authorization for the use of military force and cutting $200 billion from the annual defense budget to leveraging U.S. aid to Israel to get the U.S. ally to end its occupation of Palestinian territories.

Some of the letter’s demands are more ambitious than others. Biden has not only promised to overturn the Trump administration’s travel ban from a group of mostly Muslim nations, he is already calling for raising the number of refugees admitted to the country to 125,000 ― exactly what the letter asks of him. It’s a higher figure than the Obama administration was willing to entertain.

But while Biden has already said he would try to revive the Iran nuclear deal, he has been supportive of “broad-based sanctions” on countries that the letter asks him to disavow. And though Biden reiterates his opposition to Israeli settlement expansion in a recently released “agenda for Muslim-American communities,” he has called the idea of leveraging U.S. aid to shape the Israeli government’s policies “outrageous.”

Biden, a former chairman of the Senate Foreign Relations Committee, has a history of hawkish foreign policy stances that even Obama, under whom he served, lacked. He notably voted for the Iraq War in 2002 and the post-9/11 explosion in domestic surveillance. At the same time, inside the Obama administration, he argued against escalating U.S. involvement in Afghanistan and the administration’s deposal of the Libyan government in 2011.

The letter is part of a broader campaign by activist groups on the left to make their mark on a Democrat they almost uniformly did not support in the primary.

After Sen. Bernie Sanders (I-Vt.) dropped out of the race in early April, some of the same left-wing organizations participating in the Monday letter called on Biden to adopt bolder stances on, among other things, climate change, income inequality, health care and immigration. Their only foreign-policy demand was the repeal of the 2001 and 2002 laws that have been used as the legal basis for countless terrorism-related military interventions across the globe, and the requirement of congressional authorization for all future interventions. 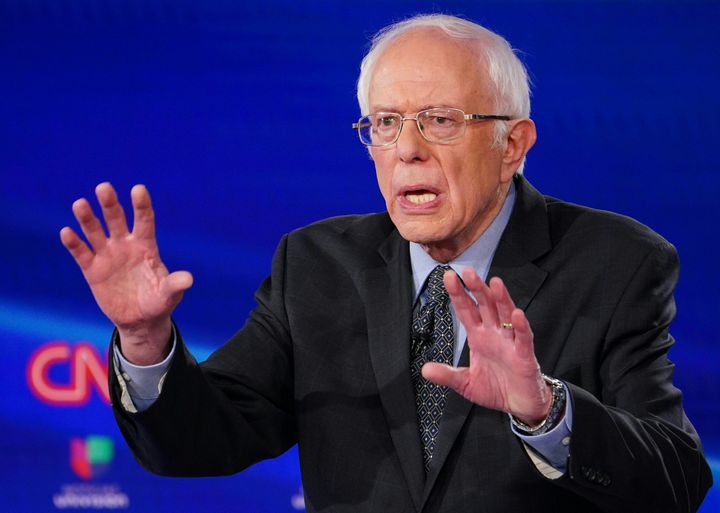 The Biden campaign evidently sees winning over younger, more liberal voters among whom he performed poorly in the primary as an important part of its plan to win in November. To that end, he has moved to assuage progressive concerns on domestic policy. He has adopted a plan to eliminate student debt for public-college students from families making less than $125,000 a year, and to lower the Medicare eligibility age from 65 to 60.

“If he wants to be successful in November and wants to galvanize and energize the grassroots, then we need to get better clarity and stronger commitments from Vice President Biden on many of these progressive foreign policy issues that the left cares about,” said Yasmine Taeb, senior policy counsel for Demand Progress.

Nudging Biden to the left on foreign policy, an area where presidents have enormous discretion, is likely to be a tougher sell precisely because the political benefits are less obvious. The United States’ behavior abroad is a topic that generally elicits less attention and resources on the U.S. left, to say nothing of the American public. Domestic debates over health care and campaign-finance corruption largely dominated the Democratic presidential primary. And Trump’s decision to kill Iranian Maj. Gen. Qassem Soleimani in January prompted only qualified condemnations from most of the Democratic field of candidates to succeed Trump.

The sheer diversity of names on Monday’s foreign-policy letter is designed to demonstrate that there is a major constituency for a less interventionist, more lawful U.S. policy abroad that protects civil liberties at home. In addition to featuring the usual players like Win Without War and CODEPINK, the letter boasts an array of faith-based organizations, as well as progressive movement groups like Greenpeace U.S. and Indivisible that are typically more associated with domestic causes.

The letter even features the support of the cross-ideological Quincy Institute for Responsible Statecraft, which enjoys the backing of both liberal billionaire George Soros and conservative billionaire Charles Koch. The institute’s executive vice president, Trita Parsi, said that the COVID-19 outbreak showed that the U.S. needs to adjust its national-security policy toward environmental threats.

“Our excessive focus on foreign military threats ― real and imagined ― have left us naked and vulnerable for the real challenges of this century: pandemics and climate chaos,” he said.