As the battle over emergency legislation to address the coronavirus pandemic plays out in Congress, one thing is becoming clear: Paid sick leave for workers is absolutely crucial, and the American public recognizes it — even if some lawmakers don’t.

Ninety-five percent of Americans believe at least some workers affected by the coronavirus should have paid leave for either illness or quarantine, according to a survey released Monday from LeanIn, the women’s advocacy organization founded by Facebook chief operating officer Sheryl Sandberg.

Yet so far, Congress has not stepped up. President Donald Trump signed a watered-down paid sick leave provision into law last week as part of the Families First Coronavirus Response Act. Now, the Senate is discussing another package to respond to the crisis. But Senate Republicans’ new proposal doesn’t address paid sick leave at all, which is part of why Democrats shot it down on Sunday.

A third robust sick leave and family proposal is included in yet another emergency bill ― ‘‘Take Responsibility for Workers and Families Act’’ ― expected from House Speaker Nancy Pelosi (D-Calif.) on Monday afternoon, according to a draft reviewed by HuffPost. But its chances of passage are anything but certain. 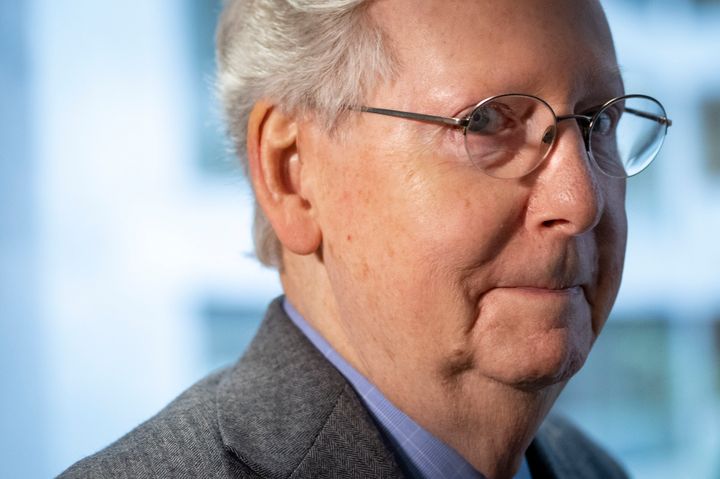 Time off for workers who are sick, quarantined, immunocompromised or at home with children who can’t go to school has become a critical issue right now. The CDC has recommended that these workers stay home. But a lot of them simply cannot, according to HuffPost’s interviews with workers at Walmart, Kroger and Amazon, among other companies.

More and more hourly workers, particularly in the health care and the grocery and delivery industries, either go to work while sick or while at high risk of getting sick, or they forgo a paycheck.

“At a time where workers on the front lines are required to show up to work to keep grocery stores and pharmacies available to people who need the basics, it’s both a public and individual health crisis that these workers are not guaranteed paid sick time,” Shabo said. “Without it, people who are paid low wages and fear job loss may feel pressured to come to work even if they’re not feeling well or have been exposed to COVID-19.”

More than three-quarters of Americans want Congress to do more on this issue, according to the LeanIn survey, conducted on a representative sample of 2,753 adults online on March 21 and 22.

Eighty-two percent of Democrats and 59% of Republicans said they’d be more likely to vote for a senator or representative if they knew they had voted to give all workers paid sick leave during the pandemic.