Global e-commerce juggernaut Amazon has broken through the billion-dollar revenue mark in Australia after its revenue doubled during 2020 as the COVID-19 pandemic fuelled a surge in online buying.

Financial records posted for the business late on Friday evening revealed Amazon Australia’s retailing arm, Amazon Commercial Services, reported $1.12 billion in net sales for the 2020 calendar year, a 99.4 per cent jump from the year prior. 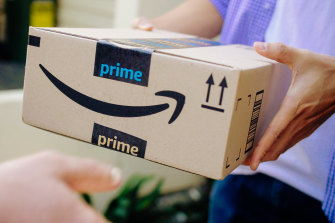 Of this, $511 million is directly related to sales of goods from Amazon’s online store, over double the $218 million recorded in 2019. This shows the online retailer has also seen a similar boost in customer numbers as other major Australian e-commerce sellers such as Catch and Kogan as locked-down shoppers took their spending online.

Revenue from third-party sellers, which refers to Amazon’s marketplace business, jumped to $126 million. The company’s related party revenue, which Amazon receives for offering marketing and support services to its affiliated companies, rose to $371 million.

However, despite the surge in sales, the business still reported a loss for the year as expenses rose in tandem with sales. Amazon Australia’s net loss for the year came in at $3.8 million, a minor improvement on 2019’s $4.7 million loss. The company paid $11 million in income taxes.

Amazon spent more on marketing in 2020 and also spent nearly $100 million on short-term employee benefits. The cost of professional fees paid by the business also nearly tripled to $60 million.

Amazon’s status as a billion-dollar company will likely ruffle the feathers of other major Australian online retailers who have long been dismissive of the business’ slow start in the region.

The retailer has been slowly but steadily improving its foothold in the local retail industry, announcing last year it was building a mammoth 200,000 square metre robotic fulfilment centre in Sydney’s west, which the company said would double its fulfilment capacity in Australia.

Amazon’s US parent entity recently reported its fourth-quarter sales of $US125.6 billion ($163 billion), a 44 per cent rise on the same quarter in 2019. It also announced that founder and chief executive Jeff Bezos would be stepping down, handing the reins over to long-term executive Andy Jassy.