Altis Property has doubled it money with the sale of a large format retail site in Sydney’s west for $46 million, being a record yield of 5.46 per cent.

The tight yield highlights the flight to quality for non-discretionary retail assets. Woolworths is taking advantage of this sentiment with the sale of a range of assets across regional NSW and city areas.

The offshore developer bought the centre after Altis undertook a major redevelopment to revitalise it when it paid $21 million in 2014. 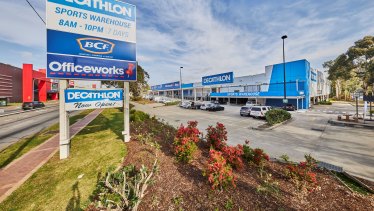 The Auburn centre was sold by Altis Property for $46 million.Credit:

“After purchasing the centre in 2014 for $21 million, we implemented a major redevelopment scheme to revitalise the centre. In 2018, construction of the refurbishment was completed which immediately reaped benefits,” Mr Edwards said.

“There was a considerable shift in investor sentiment in the second half of the 2019 calendar year. We have witnessed higher volumes of offers and significantly shorter due diligence periods, with a number of transactions, including 300 Parramatta Road, concluding with no formal due diligence period and very strong pricing,” he said.