Home » World News » Airline Union Leader: ‘The Casualties Are Starting To Pile Up’

Airline Union Leader: ‘The Casualties Are Starting To Pile Up’

The airline layoffs that began this week will snowball and cripple the industry’s ability to recover once the novel coronavirus pandemic is contained unless federal lawmakers act swiftly to prop up payrolls, the leader of the nation’s top flight attendants union said Friday.

“The casualties are starting to pile up,” Sara Nelson, the powerful leader of the Association of Flight Attendants (AFA-CWA), told HuffPost by phone Friday. “We’re just working as fast as we can to keep as many people strong.”

On Thursday, Norwegian Air Shuttle announced plans to lay off about 90% of its employees, including all its U.S.-based flight attendants, who had hours earlier voted to approve their first union contract with the Association of Flight Attendants (AFA-CWA). Compass Airlines, a Minneapolis-based regional carrier whose workers are also part of the union, announced plans to completely shut down on April 1.

The news came days after Missouri-based Trans State Airlines, whose flight attendants are unionized with the Teamsters, became the first U.S. carrier to close down amid what economists say is already likely a recession. 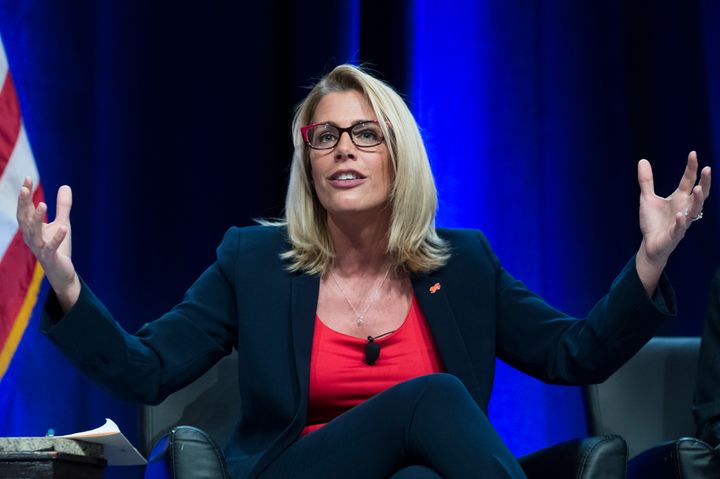 As Congress drafted bailout packages for industries gutted by the downturn this week, Nelson released a sweeping list of demands that any federal relief bill requires companies receiving funds to use the money to keep workers on the payroll and bars those firms from giving out executive bonuses, buying back stock or paying dividends to shareholders.

The proposals, included in a two-page memo and outlined in a tearful five-minute speech Nelson gave in a video posted to Twitter this week, include mandating companies honor union contracts and forcing some firms that receive larger government loans to allow workers to elect at least one member to the board of directors.

“There’s not an airline out there that will be able to meet payroll in a couple months’ time if something’s not done, and they will all take steps before that to get people off the payrolls,” said Nelson, who rose to fame last year by calling for a general strike to end the government shutdown of 2019 and now is widely considered a front-runner to be the next leader of the AFL-CIO.

If that happens, she warned, it will be impossible to quickly reassemble and train the workforce needed to rev the industry back up once the global pandemic is under control.

“It will be completely decimated if we don’t do something,” she said. “And we’ll have to deal with taking care of people who now are out of work.”

Labor unions have been pressuring lawmakers to look out for workers whose employers may benefit from any federal rescue packages. The pain in the airline industry goes well beyond just flight attendants: baggage handlers, in-flight food prep workers and airport concessions workers have all been hit hard by the sudden dropoff in travel.

Many of those workers don’t earn much money to begin with. With fewer flights and many of them nearly empty, they are now facing cuts to their hours as well as layoffs, according to Unite Here, a hospitality union that represents thousands of airport employees. The union expects 90% of its membership, most of them hotel workers, to lose their jobs at least temporarily due to the outbreak.

D. Taylor, the union’s president, said that airport service workers need to be taken care of if the industry is going to receive help such as low- or no-interest federal loans or tax deferrals. He suggested guarantees of continued health care coverage and paid leave as the kind of provisions that should be included. He noted that the airline industry received a $15 billion aid package after the Sept. 11, 2001, terror attacks.

Other unions have also called for tighter limits on executive pay and stock buybacks for any airline package. Sen. Richard Blumenthal (D-Conn.) called for “really severe” caps on executive compensation, as well as commitments for consumers on issues like baggage fees.

The Service Employees International Union, which represents 32,000 airport workers around the country, warned that a rescue package could carve out those who aren’t employed directly by the airlines. Many baggage handlers and wheelchair attendants are technically employed by airline contractors.

The union said in a statement late Friday that it was outrageous that “contractors for major airlines are laying off thousands of front-line contracted airport workers while they lobby for a nearly $60-billion taxpayer bailout.”