The ABC has sold the studio where legendary music show Countdown was recorded to a property developer for about $30 million.

Frontline, Kath and Kim, Sea Change and Spicks and Specks were among other popular series filmed in the broadcaster’s 8 Gordon Street studio in Elsternwick which is now likely to be turned into luxury apartments. 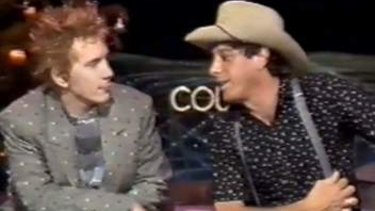 Countdown’s Molly Meldrum campaigned against the sale when the ABC first listed the property in 2018.

A last ditch plea by the local Glen Eira City Council for the state and federal governments to halt the sale and keep the historic television studios in public hands fell on deaf ears.

When first listed, the property failed to find a buyer at the right price before being relisted this year. The three acre site is now in the hands of a local developer.

The council had hoped to save the studio’s unique soundproof stage for community use and covert parts of the site into affordable housing and public open space.

Transaction agents, Colliers’ Clinton Baxter, Julian Heatherich and Benson Zhou, would not reveal the final sale price or purchaser but said about 10 buyers participated in the competitive tender process.

The 11,740 square metre block, decommissioned by the ABC in 2017, is in a residential growth zone, making it one of the largest parcels available and prize for redevelopment in Melbourne’s south.

The studios, built between 1956 and 1965, are a short walk from the Glen Huntly Road shopping strip, Elsternwick Station, popular schools, beaches and the gardens of Rippon Lea mansion.

The buildings have a heritage overlay which is likely to complicate future development.

About four years ago, the ABC sold its Selwyn Street studios to retail giant Woolworths for nearly $50 million.

The supermarket giant has embarked on a controversial plan to build a 14-storey tower and a 10-​level building on the former ABC TV site, prompting accusations of over development from local residents.