The ex-agents, under the auspices of an organization called The Mirror Project, has met twice with Wray on the topic — a January session lasted five hours — and also sent the FBI director a list of proposals last month that he should act on to address race issues within his own ranks.

Insider obtained an exclusive copy of the proposals. They include:

Wray’s meetings with the former Black FBI agents comes as the bureau plays a critical role in investigating and confronting an escalating number of violent attacks against Asian Americans.

President Joe Biden’s White House recently connected the spate of hate crimes to former President Donald Trump’s rhetoric on the origins of the coronavirus pandemic that has killed more than half a million Americans over the last year.

The FBI, which has to track and annually publish a report on hate crimes, will be at the forefront of the Justice Department’s effort to combat the issue.

Mirror Project representatives held two meetings with the FBI director and his senior staff. The first session came last year and a more recent conversation in January lasted for more than five hours.

Michael Mason, a Black former FBI agent who led the bureau’s Criminal Investigative Division, told Insider that Wray acknowledged the lack of diversity in the bureau. But Mason said words are not enough.

“I’m less impressed by a spectacular performance in a meeting, than I am by what happens after the meeting,” Mason told Insider. “I’m going to judge Director Wray by what he and his leadership team actually do.”

He added: “It’s critically important that the FBI reflect the society it serves.”

Mason told Insider that the organization is expected to meet again with the FBI director and his senior staff sometime in April. 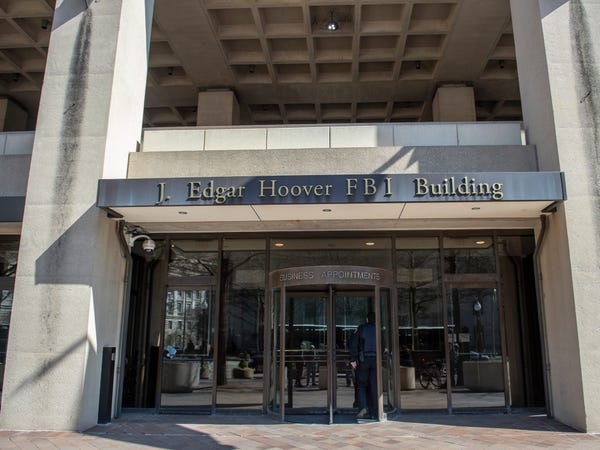 The lack of diversity within the FBI has been a long-standing issue. Multiple lawsuits have been filed against the FBI over claims of racial discrimination within the workplace. In one of the biggest cases, Donald Rochon, a Black FBI agent sued the bureau in late 1980’s, stating that he experienced racial harassment and retaliation for trying to report the behavior. The bureau later reached a $1 million settlement with the agent.

Douglas S. Shipley, a former FBI agent who retired in 2012 after nearly 23 years, told Insider that upper management would often ignore complaints involving racism within the bureau while he worked there.

Shipley said he keeps in contact with Black FBI agents who are still active. He explained racial problems remain and it may impact the bureau’s ability to investigate hate crimes.

“They won’t hear us,” he told Insider. “We’re still in the same spot. Nothing has been changed to systematically address the institution.”

The FBI did not immediately respond to Insider’s inquiries on this matter.

In 2016, then-FBI Director Jamey Comey sounded the alarm over the bureau’s lack of racial diversity.

“We have a crisis in the FBI, and it is this: Slowly but steadily over the last decade or more, the percentage of special agents in the FBI who are white has been growing,” Comey said during a speech at Bethune-Cookman University in Daytona Beach, Florida.

Wray, a Trump appointee who succeeded Comey in 2017, has acknowledged that the lack of diversity within the bureau is an issue but insisted that it has improved under his leadership.

“Our special agent class has been more diverse with each year over the past few years, in each case more, certainly, than the diversity percentage of the workforce that exists. And this year, which I think is a bright spot, the percentage, the racial diversity of our applicant pool is much higher than it was in years past,” Wray said during a Senate Judiciary Committee hearing on March 2.

Shipley applauded Wray for talking about this issue. But he said the FBI should immediately implement his group’s proposals to address an issue that can no longer be ignored.

“Myopic? Blind? Tone-deaf?” Shipley said. “I don’t know what you call it. But if you truly don’t believe that there is a problem, then that’s a problem in and of itself.”