Home » World News » 10 Things in Politics: You could get a stimulus check by late March — Trump's defense begins

10 Things in Politics: You could get a stimulus check by late March — Trump's defense begins

Good morning! Welcome to 10 Things in Politics. I’m Brent Griffiths. Sign up here to get this newsletter in your inbox each day. Programming note: Monday is Presidents’ Day, so we’ll be back with your regularly scheduled programming on Tuesday.

1. THE STIMULUS CALENDAR: House Speaker Nancy Pelosi wants to pass President Biden’s $1.9 trillion stimulus package by early March. Democrats’ plan leaves little room for error, but if everything goes according to plan a House floor vote could come in less than two weeks.

The goal is to have a new law before unemployment benefits expire for millions of Americans. And if checks get out at roughly the same pace they did previously, many Americans could have the $1,400 payments by late March. Check out the ambitious timeline here. 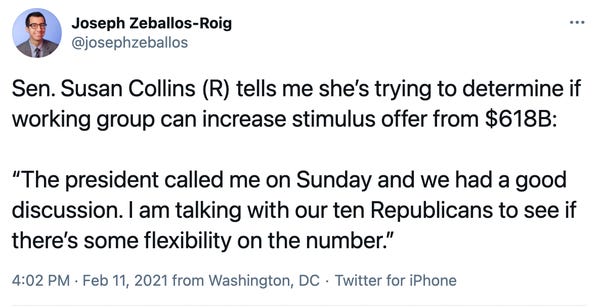 Amid the impeachment trial, House committees have been drafting and debating language for the massive bill. Just yesterday, the powerful House Ways and Means Committee approved the $1,400 direct payments.

The package, as my colleague Kimberly Leonard points out in an exclusive report, includes some of the most consequential changes to Obamacare in more than a decade.

3. Trump’s COVID-19 was worse than we knew: Officials were so worried about the president before he was taken to Walter Reed that they believed he would need to be put on a ventilator, per The New York Times. Trump’s inflamed lungs and low blood oxygen level show his health was far worse than the public was told last October.

4. The Biden administration will let around 25,000 asylum-seekers into the US: Announced moments ago, Department of Homeland Security officials say they are working “quickly” to reverse Trump’s “Remain in Mexico” policy. Read the details here, from Insider’s Charles Davis.

5. The top things for your calendar, all times Eastern:

7. A Democratic megadonor is on the outs. He reportedly helped “turbocharge” sales of OxyContin: Martin Elling, a former McKinsey & Company partner, has donated nearly $2 million mostly to Democratic causes over the past two decades. Elling is also a key figure in McKinsey’s effort to help boost the sales of Purdue Pharma’s drug. My colleague Dave Levinthal has more details on five and six-figure checks Elling cut as recently as last year. 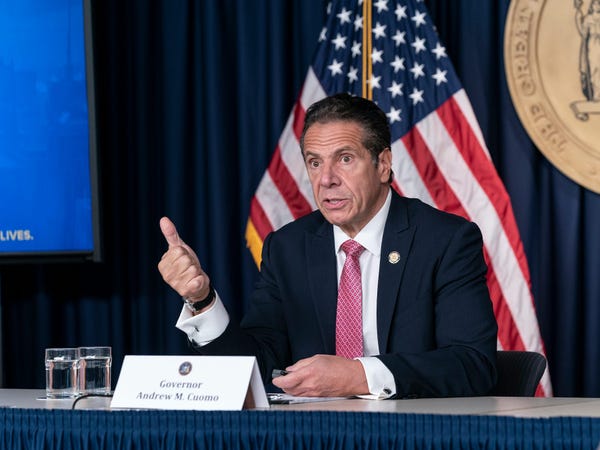 8. New York Gov. Andrew Cuomo’s office released more than 9,000 COVID-19 patients back to nursing homes: Some Republicans are now calling on the Democratic governor to resign after reports on how his administration handled nursing homes during the pandemic, including an admission that the state withheld the actual death toll for those in such facilities. Per the Associated Press, the new number of recovering patients sent back early in the pandemic is more than 40% higher than the state health department previously reported. Cuomo will be at the White House later today for a meeting about the stimulus package.

9. Enough shots to immunize most of America: Biden’s announcement that the administration will purchase another 200 million doses of COVID-19 shots means the U.S. has now ordered 600 million doses, enough for the entire US adult population. But the new supply won’t be delivered until July, so you may have to wait just a little bit longer.

10. A “Love Story” for Valentine’s weekend: Taylor Swift unveiled the rerecorded version of her smash hit more than 12 years after its initial release. It is also the lead single for the rerecord of her sophomore album “Fearless.” (Listen here.)

Today’s trivia question: Claire Wisniewski correctly guessed yesterday’s question. Will she stump you today? Her question, the Secret Service found what world leader on Pennsylvania Ave. drunk and in his underwear trying to hail a cab to get a pizza? Email your response and a suggested question to me at bgriffiths@insider.com