Good morning! Welcome back to 10 Things in Politics. Sign up here to get this newsletter in your inbox each day.

1. CDC SAYS MORE HUGS, FEWER MASKS ARE COMING: Vaccinated Americans will have more freedom once their friends and family members receive their shots, the Centers for Disease Control and Prevention says. CDC Director Rochelle Walensky said the recommendations are “just a first step,” but show how the country can slowly reach a new normal.

Some experts wanted to see this go further: CNN Medical Analyst Dr. Leana Wen said the guidelines were “too timid and too limited.” She wanted the CDC to say more about how vaccinated Americans should approach returning to church, shopping, and traveling.

President Biden will talk about the pandemic during his first prime-time address on Thursday: He will speak on the one-year anniversary of most of the nation shutting down due to the coronavirus. White House press secretary Jen Psaki said Biden will speak about the “many sacrifices the American people have made” and how Americans can help the country move “toward getting back to normal.”

2. Republicans push bills targeting transgender athletes: “Nationwide, at least 37 current state bills aim to curtail transgender athletes from participating in sports using their preferred gender are making their way through state legislatures, according to data provided to Insider by the Human Rights Campaign.”

Lawmakers behind the bills have struggled to point instances where this has occurred in their state or district. More in our exclusive report.

3. White House says it took “courage” for Meghan Markle to discuss her mental health: Psaki applauded Markle for candidly telling Oprah Winfrey about her mental health and efforts to seek help while she was a member of the royal family. More than 17 million Americans tuned into the Sunday’s interview.

4. Scoop: Obama’s lawyer on his Netflix deal is going into the Biden Treasury Department: Addar Levi the top lawyer for the Obama Foundation and an attorney from the former president’s personal office, is joining the department as deputy general counsel in the coming weeks. More on the 44 to 46 path.

5. Jury selection in Derek Chauvin’s trial will move forward: Proceedings were halted almost immediately on Monday, The Washington Post reports, after prosecutors questioned whether the trial of Chauvin, the former Minneapolis officer charged with killing George Floyd, could continue amid the prosecution’s efforts to reinstate a third-degree murder charge against Chauvin. The judge overseeing the case has decided to press on as questions about the charge remained unresolved. 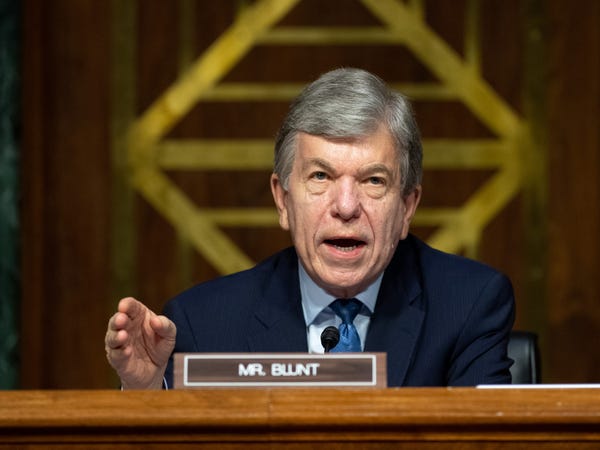 7. The top things for your calendar, all times Eastern:

8. Democratic lawmaker faces complaints after failing to disclose at least $671,000 in stock trades: Rep. Tom Malinowski of New Jersey faces two separate congressional ethics complaints from nonprofit groups after Insider reported that he failed to disclose dozens of trades, in violation of the law. Malinowski’s office said this was not “an effort to conceal any trade activities.” More information from our exclusive report. And read the original scoop here.

9. Biden’s German shepherds have been sent home after a “biting incident”: The president’s two dogs, Major and Champ, have been sent back to Delaware after CNN reports that Major displayed aggressive behavior to White House security.

10. A Whopper of an error: Monday was International Women’s Day. Burger King tried to mark the occasion by promoting an initiative to increase the number of women in head-chef roles. The fast-food giant posted a tweet from its UK account saying “Women belong in the kitchen.” Other brands soon jumped in the ensuing backlash. The chain later apologized.

Today’s trivia question: Journalist Katie Couric made her debut last night as the first female host of Jeopardy! during a guest-hosting stint. But do you know the first woman to win a Daytime Emmy for her gameshow hosting? Hint: She would thank you for being a friend. Email your guess and a suggested question to me at bgriffiths@insider.com.