Home » Markets » What on earth is a SPAC?

What on earth is a SPAC?

New York (CNN Business)The SPAC party on Wall Street is flaming out about as fast as it began.

Increased scrutiny on the accounting methods used by special purpose acquisition companies, along with a series of PR headaches involving high-profile deals, threaten to stop the so-called blank check fad in its tracks.
Big name firms such as Richard Branson’s Virgin Galactic (SPCE), sports betting giant DraftKings and sexual wellness company Hims & Hers Health have all gone public through mergers with SPACs in recent years.

A SPAC is a publicly listed shell company that hunts for an acquisition, allowing a private firm to bypass the typically lengthy and expensive process of a traditional initial public offering. 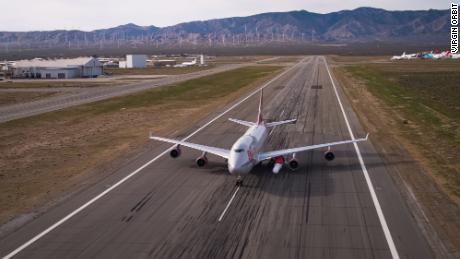 Still, SPAC activity has slowed dramatically in the past few months.
A series of high-profile accounting problems at electric vehicle startups Nikola and Lordstown Motors, both of which went public via blank-check deals, has led to increased skepticism from investors, analysts and regulators toward other companies using SPACs to go public.

In the most recent quarter, according to S&P Global Market Intelligence, 110 companies raised $16 billion from SPAC deals. That’s down from $88 billion raised in 320 SPAC transactions in the prior quarter. In the final quarter of last year, SPACs generated $35 billion across 147 deals.
Demand for SPACs — as well as IPOs — has been fueled largely by stimulus from the Federal Reserve, which helped boost the stock market following a brief Covid-induced pullback.
Short-sellers, most notably research firm Hindenburg, have issued scathing reports about several companies that have gone public through SPACs, arguing that the numbers often don’t look right.
Companies going public via SPACs often do not go through as rigorous a review by investment bankers and the Securities and Exchange Commission as firms going public via an IPO. The SEC issued stricter guidance on accounting for SPACs in April. 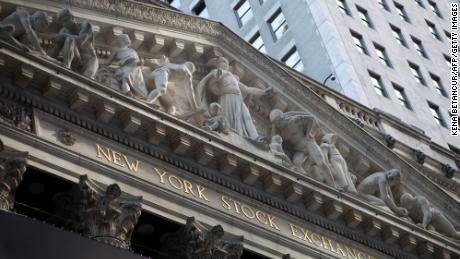 And earlier this month, a lawsuit against Bill Ackman’s SPAC Pershing Square Tontine Holdings claimed that the firm was set up illegally as an investment company that delivered “astronomical” compensation to Ackman.
Ackman subsequently said he would abandon the SPAC’s plan to buy a 10% stake in Universal Music Group for $4 billion and is now returning cash to investors.
Ackman dismissed the suit as “meritless” in a shareholder letter, but also said it “may have a chilling effect on the ability of other SPACs to consummate merger transactions or to engage in IPOs … as the consequences of being deemed an illegal investment company are extremely onerous.”

The lawyers for the plaintiff in the lawsuit — former SEC commissioner and current NYU law professor Robert Jackson and Yale law professor John Morley — told CNN Business that the biggest problem they found with Ackman’s SPAC was that it was structured in a byzantine way that made it look more like an investment firm than one looking to make company acquisitions.
They argue that SPACs need to be subject to more regulations and that disclosures need to be simple and clear. Jackson said the goal of the lawsuit was to hopefully “reform the SPAC market.”
The current breather may be a welcome one for investors though. Following the huge number of SPAC deals in the latter half of 2020 and the first quarter of this year, investors may simply have grown fatigued by one blank check deal after another.

“The significant decline can be attributed to regulators’ closer scrutiny, investors pausing to digest the glut of SPACs and disappointing share price performances,” said consulting firm EY in a report last month.
It probably doesn’t help that many of the companies looking to go public through blank check mergers are startups in industries such as electric vehicle charging and biotech where actual sales, let alone earnings, can be years away from materializing.
Source: Read Full Article