A senior regional executive at banking giant HSBC has claimed the Chinese government’s controversial crackdown on Hong Kong and its own corporate giants will benefit society and investors in the long term, despite widespread concerns from western authorities about the situation. 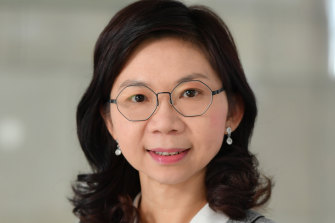 Speaking exclusively with The Age and Sydney Morning Herald, HSBC’s Asia Pacific chief investment officer Cecilia Chan said the controversial national security laws had improved the business environment in Hong Kong and had brought stability to the semi-autonomous city. She also said the government’s moves to rein in its technology giants could boost competition.

“I respect peoples’ view but at the same time you had lots of disruptions to retail business. It also affected peoples’ lives as well. People could not go out. It reduced a lot of local consumption,” Dr Chan said.

“But with the implementation of national security laws … life is more back to normal. Except for the influence from COVID. In fact, it is better for the business environment because people do not see the social unrest as a potential problem for Hong Kong. So that will build a more stable environment for business, I think.”

The United Nations has expressed alarm about the legal reforms, which have been used to imprison more than 100 people, including anti-China media tycoon Jimmy Lai. The US has also imposed sanctions on Hong Kong amid concerns the laws are being used to foster pro China sentiment within the education and political systems.

Dr Chan was prevented from commenting further on the implications of the laws on press freedom and civil liberties.

She said the Chinese government was seeking to achieve “quality growth” rather than growth focused on quantity, adding this would be achieved by breaking down monopolies to create “fairer competition” and introducing regulations to promote good governance.

While HSBC’s Asia region portfolio is underweight on Chinese stocks in the short term, Dr Chan expects positive signs to start emerging in the next one to two years once the intentions of the regulations come to fruition.

“I’m long-term positive,” she said. “It won’t take that long actually. Companies are very flexible. The business model can change quite quickly, they’re very adaptable … It’s to do with clarity, once the direction and regulation are clear people can follow through.”

Western investors have historically been cautious about pouring money into Chinese companies due to the lack of transparency around earnings and corporate governance. However, Dr Chan said this too would improve under the government’s reform agenda.

“In the old days, transparency is an issue. But that area is improving,” she said. “The recent requirement from the government in terms of reporting more transparency, those are positive to help investors understand fundamentals of individual companies.”

Global investors have grown more confident about investing in China due to the government’s success in containing COVID-19 and the lower risk of inflation inside the country, Dr Chan said. These factors combined will help Asian equities outperform the rest of the world over the next year or two, she expects. “That has built up our positive case for China.”