Super funds could use ‘green shorting’ to escalate climate concerns

One of the country’s leading ethical investors says the nation’s $3.3 trillion superannuation industry could move beyond divestment and adopt “green short-selling” as a tactic to pressure local companies with high carbon emissions to take greater action on climate change.

The Age and Sydney Morning Herald revealed this week US-based hedge fund titan AQR told the prudential regulator in April that its clients, which include some of Australia’s biggest super funds, would increasingly use short-selling to mitigate climate risks in their portfolios and to achieve net zero emissions exposure.

AQR manages about $200 billion globally, including for local funds such as Cbus and Colonial First State. In a letter to the regulator obtained by this masthead following a freedom of information request, it said recent moves by big investors to divest holdings of carbon emitters would not be enough to achieve the most ambitious climate goals, and funds would need to adopt different tactics including shorting. 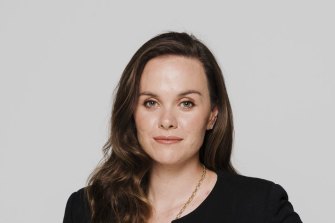 In a report also sent to the regulator, AQR said short-selling can be used by investors to pressure heavy emitters to decarbonise their operations.

Zoe Whitton, the executive director of HSBC-backed climate investment firm Pollination, said Australian asset holders had historically preferred to “walk on the constructive side” by engaging with companies in their efforts to decarbonise.

But she said institutional investors were increasingly using divestment when engagement was unsuccessful and shorting could be another tool in this approach.

“At the moment, for the majority of entities in the Australian market, the first step is engage, see whether you can get what you’re asking for through a civil and constructive conversations,” Ms Whitton said.

“But as investors get more sophisticated about engagement, they’re starting to add escalation plans to that. If they don’t respond meaningfully or if they don’t share your concerns, what do you do next? There are a number of legs to those pathways, I could envisage shorting being added as a later escalation leg.”

Short-selling is a trading strategy that aims to profit from the fall in the price of a security. An investor borrows shares and sells them, with the aim of buying them back at a lower price for a profit. –

A number of Australia’s largest super funds set net-zero emissions targets last year, including AustralianSuper, Hesta and Unisuper. Ms Whitton said it was unlikely these funds would use short-selling to meet their targets on carbon emission reductions in the real world.

“It’s going to need a lot of evidence before it’s accepted as part of the toolkit,” she said. “There is absolutely an increasing level of expectation around investment stakeholders, regarding what it actually means to reduce emissions and what it means to align with net zero.”

ASX-listed investment manager Pendal uses AQR to manage its sustainable funds for a number of the country’s largest super funds, including Westpac’s BT Super and IOOF and smaller industry funds including Legal Super and Prime Super.

But chief executive Richard Brandweiner said AQR did not short-sell high carbon stocks on its behalf and Pendal instead preferred to use engagement. “That’s not to say it’s not valid for some people, but that’s not our approach,” Mr Brandweiner said. “Our approach is much more around engaging with management and holding them to account through being an active owner.”

“Super funds already have externally appointed hedge funds in their portfolio, that means they are already profiting from some sort of shorting,” she said. “Therefore, can you not ask them to short towards sustainable development goals?”

But Ms Pavri said the coordination of short-selling by Australian super funds could have “unintended consequences” for the economy. “Businesses have collapsed through shorting,” she said. “What about the people and the employees? Where do they go? We need to use a broader lens and we have to have the transition pathway.”

Ms Pavri called on responsible investors to invest in “solutions-focused” companies, such as renewable energy technologies, alongside divestment and shorting strategies. “The other side of the risk coin has always been opportunity,” she said. “If you don’t, you’re never going to have real world impacts.”

AQR’s most recent annual report shows it has $1 billion invested in “negative carbon exposures” out of a global ESG portfolio of $25 billion, but does not specify what portion of these funds are related to its Australian clients.